The Audi e-tron was first released in the middle of 2019. Electrek got an early look at it in 2018. Fred Lambert had positive things to say about his first ride experience. While some of the features weren’t on par with other electric vehicles, Audi set out to build a great SUV first and an electric vehicle second.

As we learned toward the end of 2019, Audi-e-tron was upgraded through the additional range on a single charge.

However, we learned that the automaker actually made some software and hardware improvements to help efficiency and that those improvements could make it to the e-tron SUV.

Today, Audi confirmed it with new upgrades to the e-tron resulting in an extra 25km (15.5 miles) of WLTP range for both versions of the vehicle (Audi e-tron 50 and 55).

Audi explained how they were able to achieve additional range.

Thanks to a new type of wheel brake, the developers have achieved further reductions in what is known as residual brake torque. This refers to losses that occur as a result of the proximity of the brake calipers to the brake discs. The drive system has also become more efficient. In normal driving, the motor on the rear axle provides propulsion as standard. Now, thanks to a number of optimizations, the front electric motor is almost entirely disengaged and disconnected from the electricity supply. Only when the driver requests more power do both motors spring into action. Running without power or drag losses, the major advantage of the asynchronous motor concept, is even more effective as a result. In addition, the usable range of the high-voltage battery has increased.

Audi-e-tron starts at $74,000, but there are plenty of discounts and incentives to be found if you know where to look. We’ve done the hard work of calling around to various dealerships to find what they are offering. Find the lowest purchase and lease price here on Electrek.

There are models as low as $55,000 depending on the country you’re in.

Some of the unique features of the car are a quick charge of 54 miles on a 10-minute charge. For many people’s day-to-day needs, this range would be enough for your drive to work and even a few errands afterward.

It’s the first all-electric passenger vehicle to hit the market with a charging rate of up to 150 kW.

Read on for the latest stories. 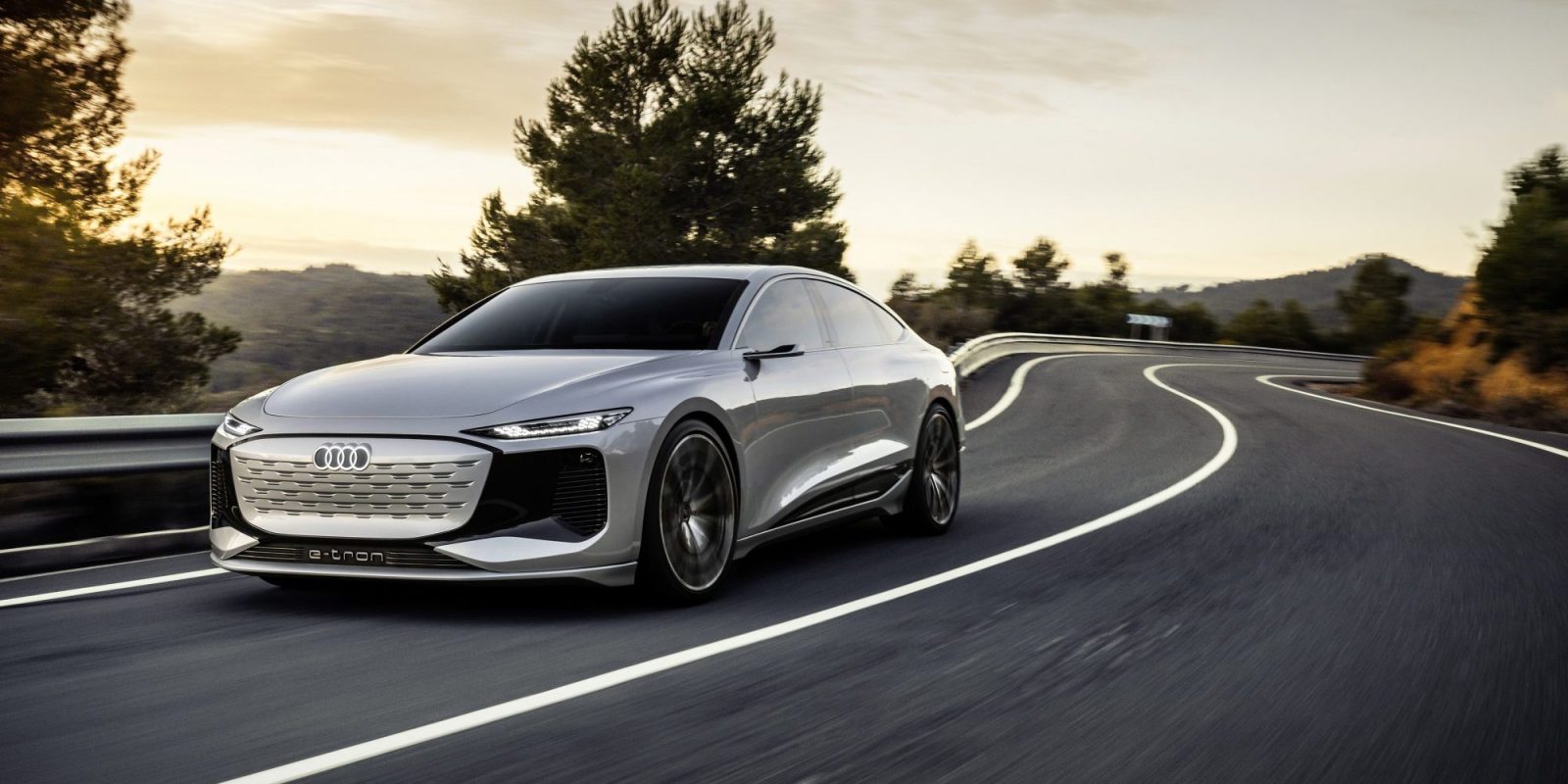 Audi has just shown the future of their electric sedans with the A6 e-tron concept, which debuted at the Shanghai auto show today.

The sedan is based on a new platform that Audi is calling “Premium Platform Electric” or “PPE” for short, developed in collaboration with Porsche. This platform will enable Audi to offer several new vehicles, with the first hitting the road in late 2022.

END_OF_DOCUMENT_TOKEN_TO_BE_REPLACED

It is expected to expand Audi’s electric vehicle lineup to a new and less expensive segment.

END_OF_DOCUMENT_TOKEN_TO_BE_REPLACED

The Audi e-tron electric SUV was off to a slow start, but it is now gaining momentum in the US with the 2021 model year getting a price cut and range increase.

END_OF_DOCUMENT_TOKEN_TO_BE_REPLACED

The 2021 Audi e-tron electric SUV is coming and the German automaker has made a few interesting updates, including a new optional 22 kW onboard charger and a new steering wheel.

END_OF_DOCUMENT_TOKEN_TO_BE_REPLACED

Black Friday deals are here! Our Electric Vehicle Price Guide and Electric Vehicle Lease Guide have been updated with the latest EV offers, many of which are set to expire on November 30. Below are some of the best lease deals and discounts we’ve found…

END_OF_DOCUMENT_TOKEN_TO_BE_REPLACED

Audi introduces headlights that can project images with its electric SUVs

Audi is introducing the first Digital Matrix LED headlights that can project images on the road like a movie projector in its new electric SUVs.

END_OF_DOCUMENT_TOKEN_TO_BE_REPLACED

Here’s the Fitbit ‘Morgan,’ a possible Charge 5 with color display and new design

The Galaxy Note 21 is officially not coming this year, Samsung confirms 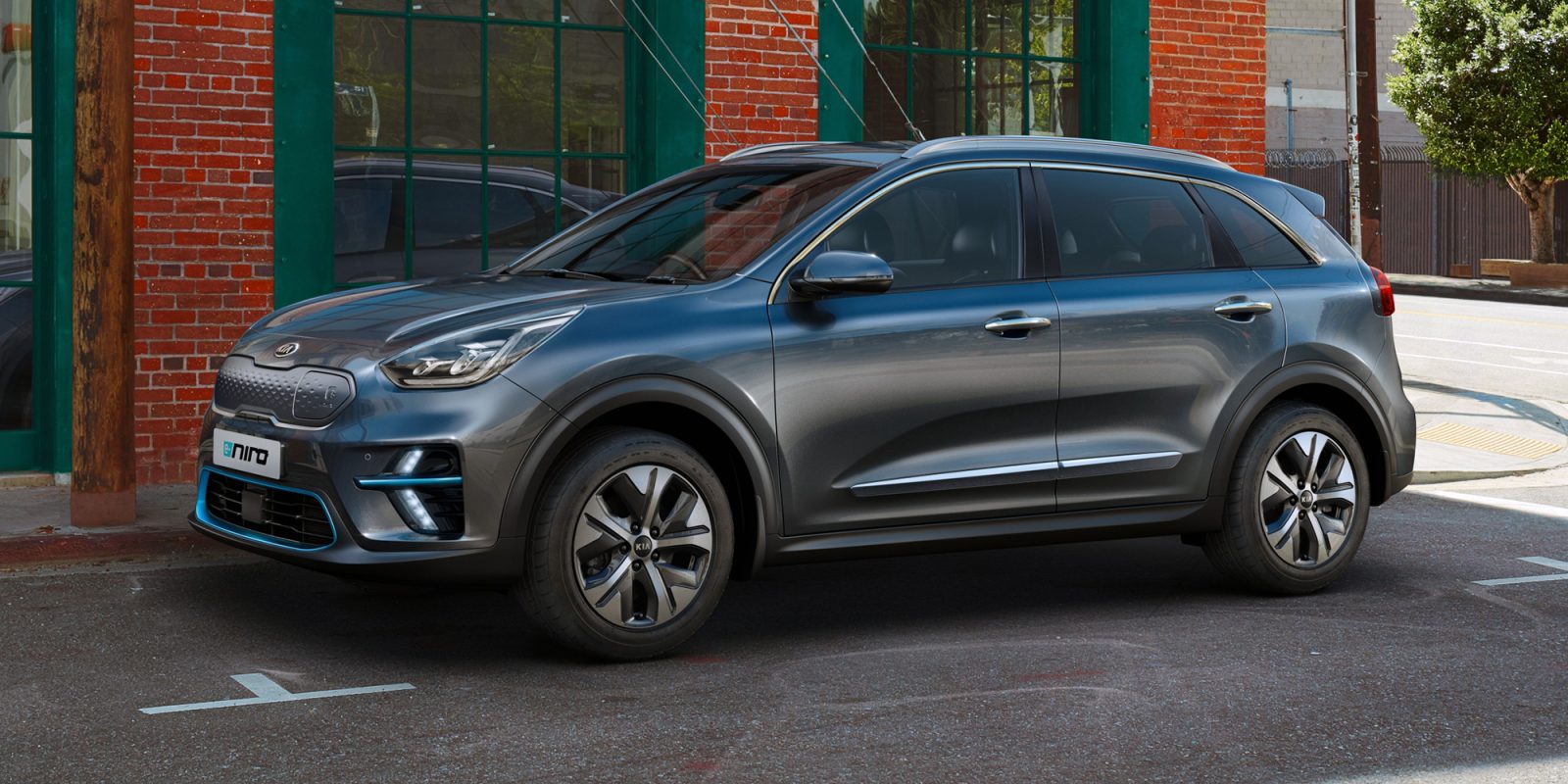 Tesla isn’t the only company that makes an end of the quarter sales push. There are still a couple of days left to score a great end-of-quarter deal on several popular EVs all over the US. Even better, often you can get a local dealer to match or at least come down close to these best-in-nation deals. Here are some of the best offers currently on our Electric Vehicle Price Guide and Electric Vehicle Lease Guide…

END_OF_DOCUMENT_TOKEN_TO_BE_REPLACED 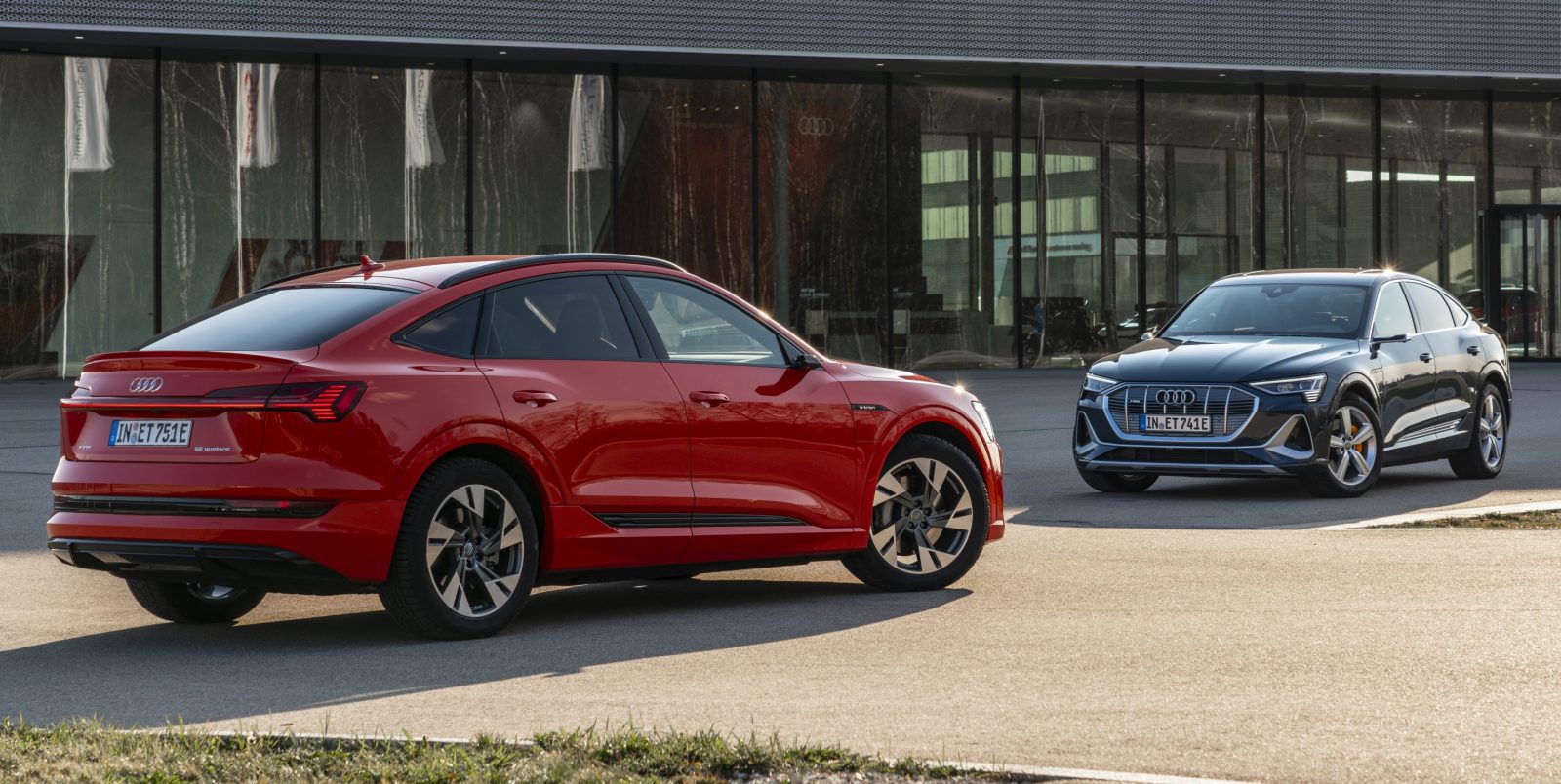 Audi announced the details of its 2021 e-tron electric SUV lineup, and they’re introducing significant price cuts of up to $9,000.

END_OF_DOCUMENT_TOKEN_TO_BE_REPLACED

Audi to showcase next-gen EV technology with possible A9 e-tron, due in 2024

In late May, Audi announced the launch of a new agile team to push the envelope on electric and autonomous technology. Volkswagen’s luxury brand said the so-called Artemis project would work on a pioneering vehicle. Autocar reports today that Audi will develop an all-electric flagship sedan to showcase that technology.

END_OF_DOCUMENT_TOKEN_TO_BE_REPLACED

Audi announced today that the Sportback version of its e-tron EV will hit dealerships this summer with a starting price of $77,400. The extra few thousand dollars above the existing e-tron SUV brings a sleeker sportback silhouette and a boost to 218 miles of range.