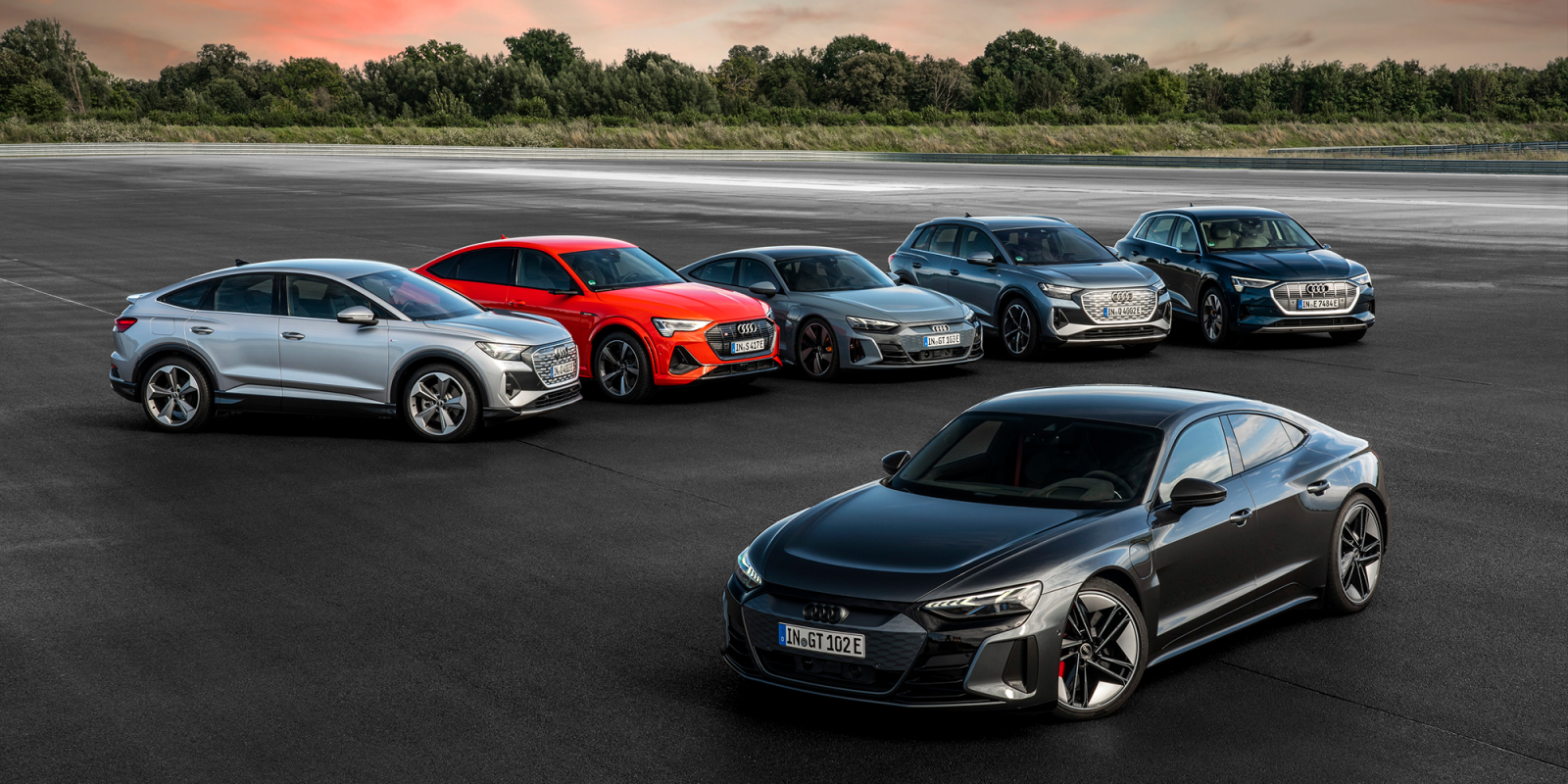 In its continued journey toward vehicle electrification, Audi has announced goals to become a sustainable, social, and technological leader by 2030. This is all part of a new corporate strategy from Audi called “Vorsprung 2030,” with the goal of accelerating the automaker’s electrified transformation originally slotted for 2026. Furthermore, Audi will continue to phase out internal combustion engine (ICE) vehicle production, approaching an end date of 2033.

Audi is a well-established German automaker and a subsidiary of Volkswagen Group. In 2018, Audi initially announced a huge investment to transition to electric vehicles. This was followed by tons of advertising surrounding its e-tron line of electric sedans and SUVs.

Toward the end of 2019, Audi announced an investment of $12 billion to accelerate electrification of its vehicles. Audi now has a fleet of current and upcoming electric vehicles in the e-tron line, with even more on the way.

Audi’s company slogan for the past 50 years has been, “Vorsprung durch Technik,” which translates to “Progress through Technology.” From this company ethos, Audi looks to expand its electrification strategy with new and more ambitious goals by 2030.

In a recent press release from Audi, the German automaker announced a more accelerated electrification strategy called “Vorsprung 2030.” Audi CEO Markus Duesmann spoke about the new company strategy and what it means:

‘Vorsprung durch Technik’ remains necessary because we can only solve many of the world’s major problems, such as carbon emissions and global warming, through the use of clean technologies. We view ourselves as a company that guarantees the freedom and individual mobility of our customers. We don’t simply develop technology for its own sake. It must be consequential and effective in keeping the world moving.

Audi’s board of management worked alongside chief strategist Silja Pieh, her team, and around 500 Audi employees in the US and China to analyze more than 600 trends in the mobility space relevant to the company through 2030. The result was a company focus on future sustainability throughout all aspects of production.

Furthermore, Audi has set an expiry date of 2033 for any and all ICE vehicle production. The automaker will continue to service those (archaic) vehicles throughout their life span, of course.

Another major focus will be developing an ecosystem for its electric fleet that includes autonomous driving and seamless updates, giving future Audis an unmistakable DNA.

According to the release, the Volkswagen Group’s software arm, CARIAD, will develop a scalable software platform with a standardized operating system and cloud connectivity for all its brands by 2025. Duesmann once again spoke:

The E3 2.0 software platform will serve as the enabler of the synergies and innovations of the future, including autonomous driving.

Looking ahead, Audi will continue to phase out ICE vehicles before the 2033 deadline, while it focuses on creating an innovative and inclusive culture around the Audi brand through the “Vorsprung 2030” strategy.