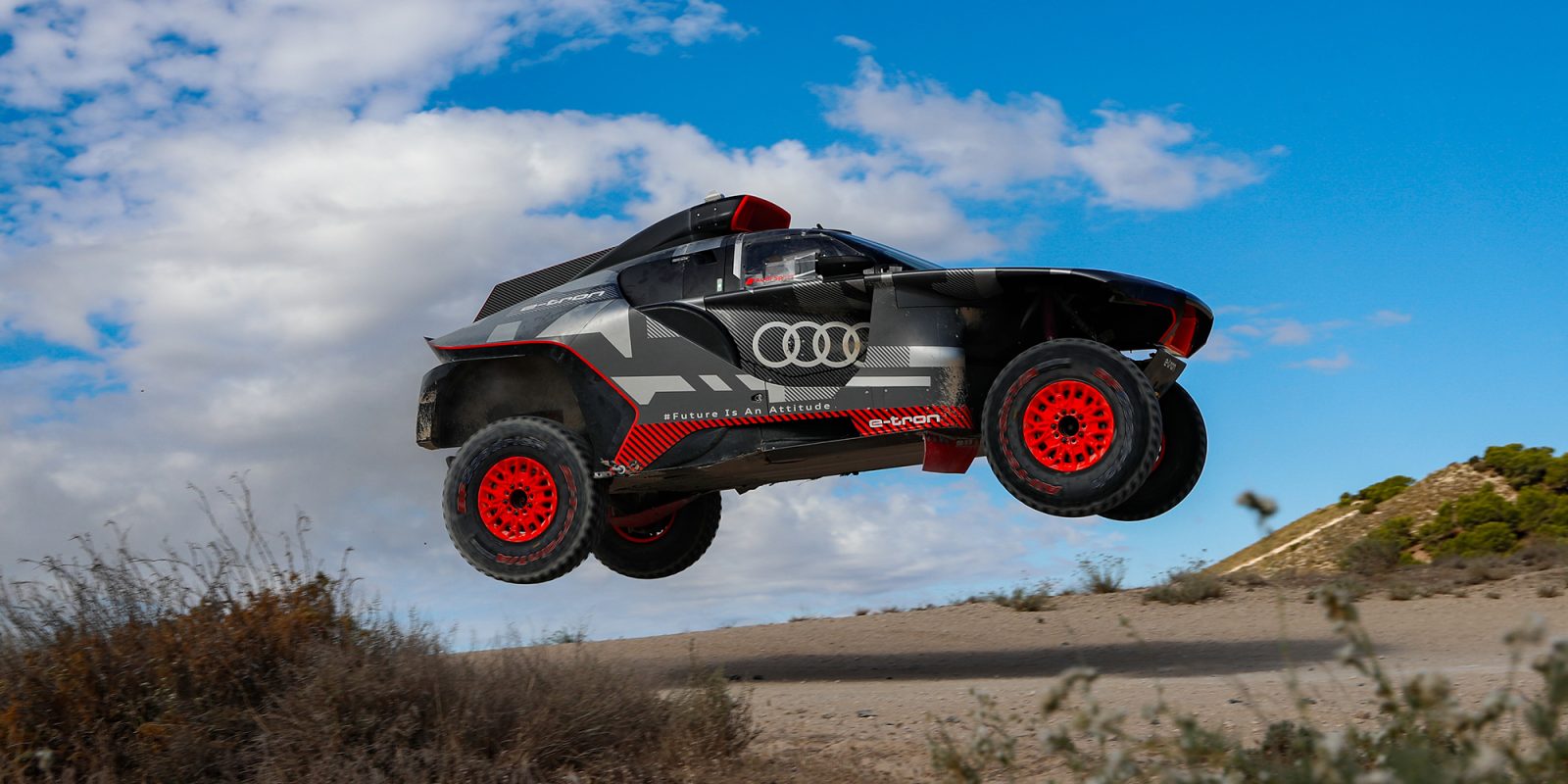 Last fall, Electrek reported that Audi was returning to rally racing, and this time they were doing it with an electric vehicle. At this point, however, the German automaker simply teased the prototype, although it had already committed to participating in the Dakar Rally in January of 2022.

The Dakar Rally is a two-week, 8,000 km race across the deserts of Saudi Arabia.

While this came as exciting news, this prototype would not be the first electric vehicle to compete at Dakar. That title goes to Acciona, which accomplished the feat back in 2017.

Since the initial announcement, we have seen footage of the Audi RS Q e-tron alongside other more passenger-friendly variations like the new GT.

With the Dakar Rally only six months away, Audi has begun grueling testing of the RS Q e-tron to ensure it can hold its own as an electric vehicle in extreme heat.

In a recent press release from Audi, the automaker shared that its RS Q e-tron EV had endured an eight-day trek across Spain, facing heat conditions that reached 93 degrees Fahrenheit in the shade.

This was the third test for the rally sport vehicle and the first to face realistic conditions near the city of Zaragoza, Spain. All three driver teams for Audi Sport participated in the eight-day test, including Dakar record winner Stéphane Peterhansel and his co-driver Edouard Boulange.

Audi’s RS Q e-tron features two motor-generator units (MGU) from Formula E. They are powered by a high-voltage battery recently developed by Audi Sport that is recharged while driving via an energy converter.

All the driver teams were impressed with the handling and performance on this first realistic test, especially on the gravel straightaways.

On those 10.5 -ile gravel sections, the Audi RS Q e-tron was able to reach a top speed of 112 mph, despite the extreme heat. Development engineer Arnau Niubó Bosch speaks about the extreme conditions and the next test:

This test was focused on getting in as much driving as possible and detecting weak spots. The next test in September will take us into the dunes for the first time.

Eight days certainly leaves plenty of time for driving, but it will require more to make it to the finish line in Jeddah in January. Stay tuned for coverage on the dune testing next month before we see the Audio RS Q e-tron try to make an impact at the Dakar Rally this January.