EV production starts to come back online in Europe, US still in question

After weeks of being idle, auto factories producing electric cars in Europe are resuming production. Hyundai and Audi plants were the first to open, with Daimler expected to begin output next week. EV plants in China have been online for several weeks, but the plan for US production is still up in the air.

The Hyundai plant in Nošovice, Czech Republic, where the Kona EV is produced, resumed partial operations after a three-week break due to the pandemic. However, only two out of three work shifts are running.

Hyundai’s Czech plant is imposing social-distancing measures, including using partitions in break rooms and disinfecting the facilities several times a day. It’s not yet known if the slowdown and partial shifts will impact the plant’s anticipated production of 30,000 Kona Electric models per year.

About 100 employees resumed work at Audi’s plant in Györ, Hungary, where electric motors for the e-tron are made. Assembly of the e-tron SUV takes place in Brussels, which is planned to restart on April 20. The company will gradually resume its Ingolstadt plant on April 27. The Audi A3 Sportback e-tron is produced in Ingolstadt, where future EV production is also anticipated. 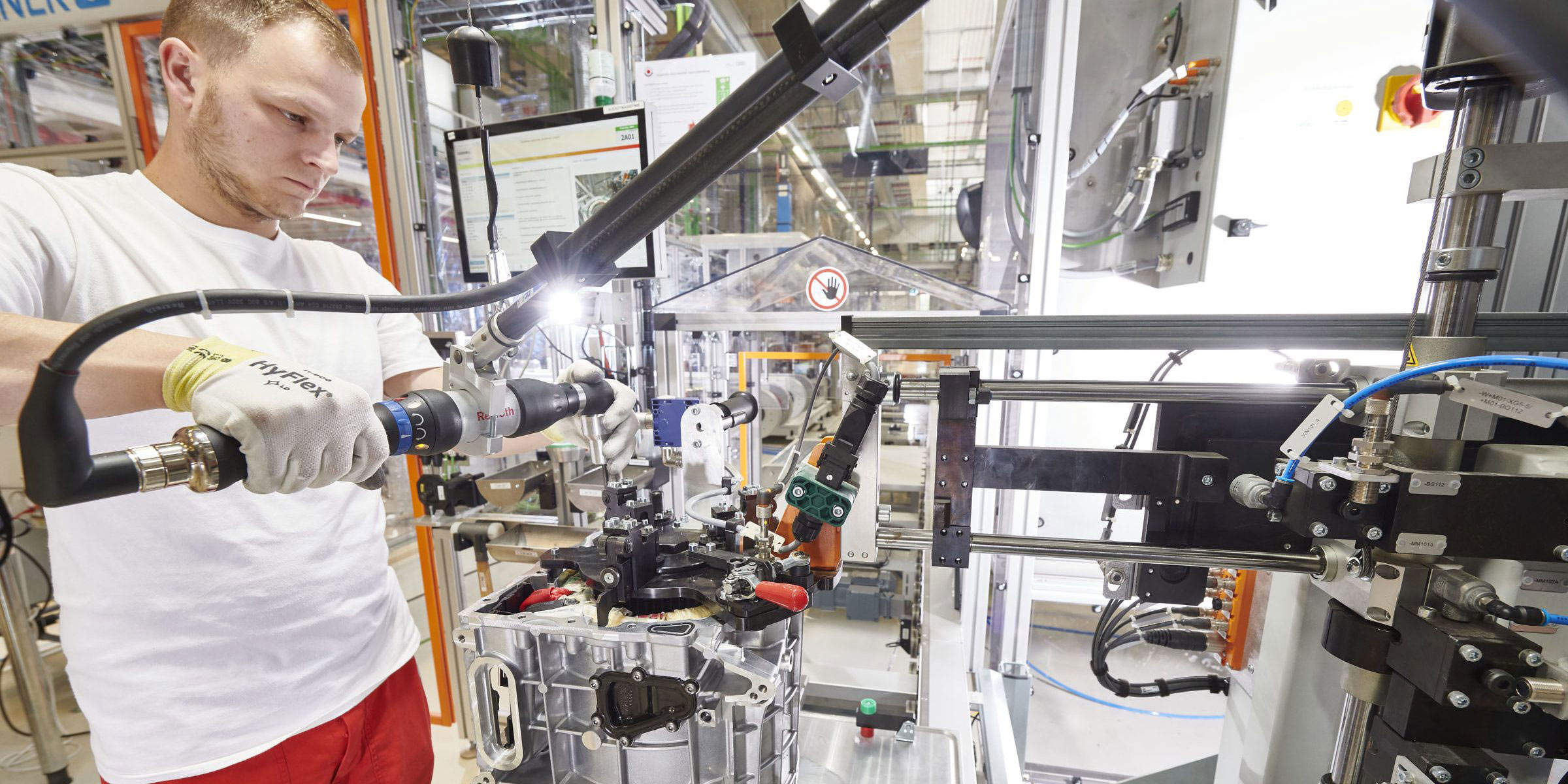 Daimler last week said it will resume work on April 20. Its factory in Bremen, where the Mercedes-Benz EQC is produced, is included in the restart plans.

Bloomberg reports that VW is keeping some components operations running in Germany during the shutdown, but it’s minimal, with only 1,700 employees working across five sites. BMW extended its production break until at least April 30.

These announcements about European plants come more than a month after EV-producing factories in China came back online. Tesla’s Shanghai factory restarted in mid-February.

The biggest outstanding question is when auto plants in the United States will resume operations. California Governor Gavin Newsom today unveiled the state’s plan to restart the economy. However, he said that modifying the state’s stay-at-home orders will depend on several factors that are hard to predict.

Those factors include the ability to monitor and protect people through testing, contact tracing, isolating, and supporting those who are positive or exposed. Tesla’s ability to resume activities at its Fremont factory hangs in the balance.

Electrek reached out to GM about the timing for Chevy Bolt production to resume in Michigan. A GM spokesperson replied:

We will resume production on the Chevrolet Bolt EV when it is safe to do so.

No other information was provided.