Tesla has started sending out invites for its AI Day 2022, and the automaker is teasing more information on Full Self-Driving, Tesla Bot, Dojo, and more.

END_OF_DOCUMENT_TOKEN_TO_BE_REPLACED

Tesla CEO Elon Musk is a little late to publish his ‘Part 2’ of the ‘Tesla Secret Master Plan’, which he hoped to reveal last week, but it looks like it was pushed to today. He was a little busy overseeing the successful Falcon 9 launch and landing in Cape Canaveral last night, and the ongoing Dragon mission.

Bit of a distraction yesterday. Working on plan today.

The plan is expected to outline Tesla’s future product lineup as the company transitions from a transportation company to an energy company. In line with the transition, Tesla finally moved its main domain ‘teslamotors.com’ to its recently acquired ‘tesla.com’ over the weekend. END_OF_DOCUMENT_TOKEN_TO_BE_REPLACED

If there’s a list Tesla is probably OK with not being at the top of, it’s ‘Best Car Salesmen’. The company boasts about its distribution and servicing model being unlike any other in the industry and the latest mystery shoppers study by Pied Piper, a real consultant and market research firm (not based on the HBO series Silicon Valley), kind of proved that it is the case by placing Tesla dead last. END_OF_DOCUMENT_TOKEN_TO_BE_REPLACED

Rich Heley was one of Tesla’s biggest hire and quickly rose in the executive ranks of the automaker. We broke the news of his hire back in 2013 when he was still leading Alloy Engineering at Apple. Now we learn that only 3 years later, the engineer, who until recently was Vice President of Product Technology at Tesla, is now leaving for Facebook. END_OF_DOCUMENT_TOKEN_TO_BE_REPLACED

The stock price fell sharply (over 4%) in pre-market. Now the first Wall Street analysts are commenting and adjusting their earnings prediction to account for the new information released by Tesla. END_OF_DOCUMENT_TOKEN_TO_BE_REPLACED 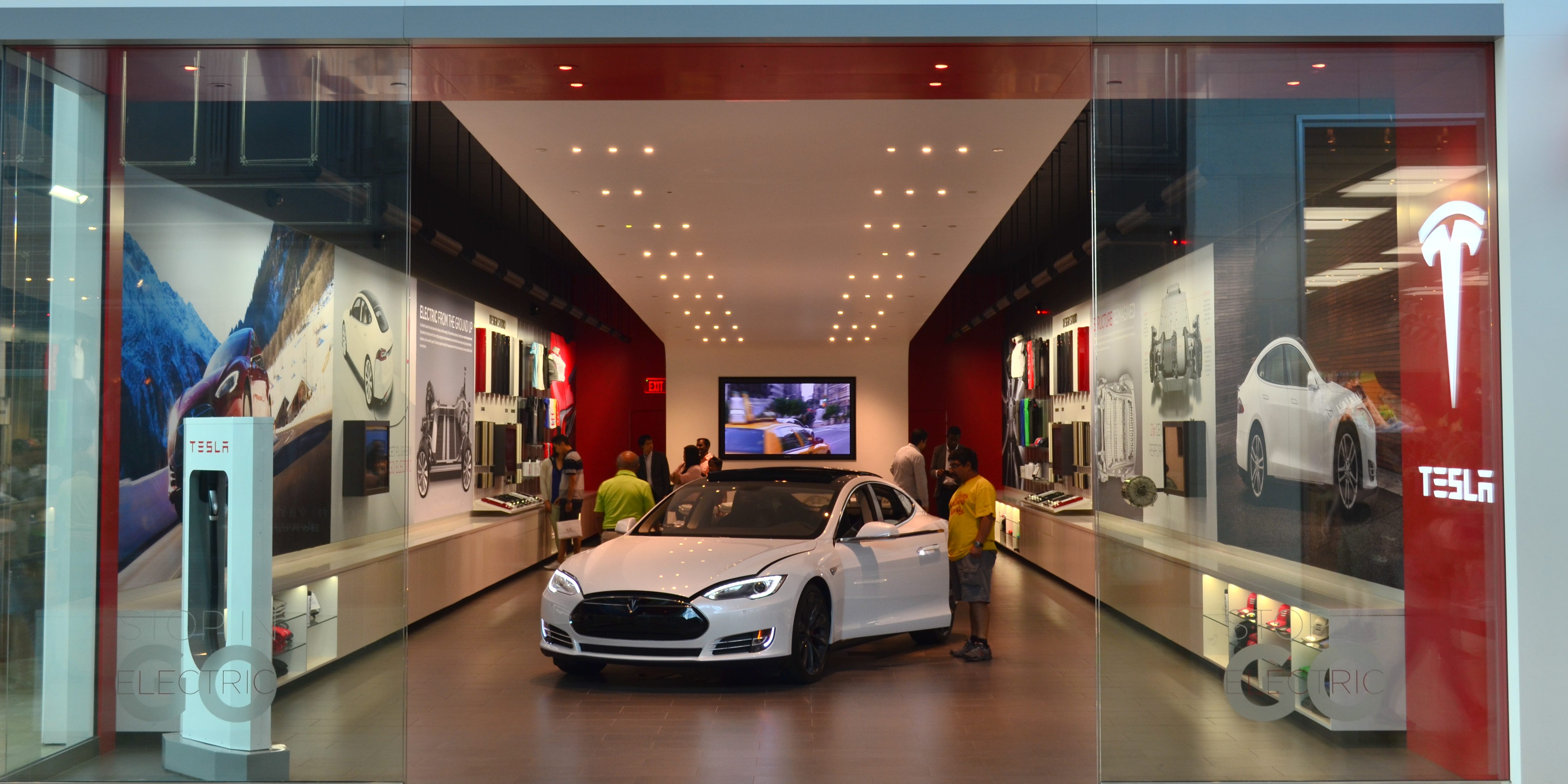 While the rumors have been mostly shut down at this point, Tesla’s stock is having difficulty recovering and a new report about the automaker’s sales in Europe is not helping. END_OF_DOCUMENT_TOKEN_TO_BE_REPLACED

Tesla (TSLA) is tracking toward annual delivery target of 80,000 to 90,000 vehicles, says analyst after factory visit

Analyst Brad Erickson from Pacific Crest issued a new note to clients today following a visit of the Tesla Fremont Factory. The analyst noted that Tesla appears to be on track to exit the second quarter at the a production rate of 2,000 cars per week (Model S and X combined) and it is tracking toward its annual delivery target of 80,000 to 90,000 vehicles.

While Erickson appears confident that the automaker can achieve its short-term delivery goals, he is more cautious about Tesla’s new plan for 500,000 vehicles in 2018. END_OF_DOCUMENT_TOKEN_TO_BE_REPLACED

It’s a good day for Tesla. Earlier this morning, we reported on the company knocking VW out of the top 10 car brands in the BrandZ annual report. Now we learn that the automaker also won the AutoPacific award for the highest satisfaction rating of any premium brand – building on its Consumer Report survey score of 97%. END_OF_DOCUMENT_TOKEN_TO_BE_REPLACED

Tesla’s brand has significantly increased in value over the past year, especially since the Model 3 unveiling and the more than 373,000 reservations it received. On the other hand, Volkswagen’s brand took a big hit following the ‘Dieselgaste’ scandal, so much so that Tesla has now surpassed the company’s VW brand in “brand value”.

BrandZ published its annual report of the 100 most valuable brands and Tesla knocked VW out of the top 10 in the car category. END_OF_DOCUMENT_TOKEN_TO_BE_REPLACED

Tesla and Elon Musk are ‘years ahead of the competition’, says billionaire TSLA investor Ron Baron

Ron Baron, the billionaire founder of Baron Capital, was on CNBC this morning to discuss his latest favorite investment: Tesla Motors (TSLA). The mutual fund manager said that he sees Tesla becoming one of the largest companies in the world and he sees his fund holding it stock for the next 10 to 20 years. END_OF_DOCUMENT_TOKEN_TO_BE_REPLACED

Tesla launches a new referral program for the Model S and X with $1,000 in credit [Updated]

Tesla has been tuning its referral program for close to a year now. The automaker went through 3 rounds with different rules, rewards and discounts. The last round ended in mid-April and the company hasn’t updated the program until now.

This weekend Tesla reactivated the referral links and now a new offer of $1,000 in credit is available through the new referral program with both Model S and X orders. END_OF_DOCUMENT_TOKEN_TO_BE_REPLACED

Tesla.fr website redirected traffic to the BMW i3 French webpage

This morning a reader brought to our attention that the Tesla.fr domain, which is not owned by Tesla but is a premium domain in France, was redirecting traffic to the BMW i3 page of the German automaker’s French website. END_OF_DOCUMENT_TOKEN_TO_BE_REPLACED

Goldman Sachs’ analyst Patrick Archambault issued a new note to clients today about Tesla (TSLA) and sees 22 percent upside for the company’s stock, which has been down following its financial results earlier this month and the announcement that Tesla aims to increase its annual vehicle production to 500,000 cars in 2018 – two years earlier than previously planned.  END_OF_DOCUMENT_TOKEN_TO_BE_REPLACED

Billionaire investor George Soros invested in Tesla back in 2013, but he sold his position just a year later. Now his latest 13F filing shows that he is back with a new stake in the electric automaker. END_OF_DOCUMENT_TOKEN_TO_BE_REPLACED

In a documentary about the Stanford Solar Car Project, Stanford University’s team participating in the World Solar Challenge, Tesla co-founder and CTO JB Straubel describes the team has a “key thing” during the early days of Tesla Motors as he recruited his friends from the team to start the company. END_OF_DOCUMENT_TOKEN_TO_BE_REPLACED

Tesla’s Fremont factory could manufacture up to 1 million vehicles per year, says Musk

Following Tesla’s announcement that it plans to double its total production output to 500,000 vehicles in 2018 and 1 million in 2020, Tesla CEO Elon Musk was asked by analysts how and where he plans to manufacture those vehicles.

While the company has been talking about plans to build more vehicle factories in Europe and China, Tesla’s Fremont factory remains its only full-fledged car manufacturing facility. Company officials have always referred to the Fremont plant’s total capacity to be around 500,000 cars per year once optimized, which is what Toyota and GM were producing when they owned the factory, until now. END_OF_DOCUMENT_TOKEN_TO_BE_REPLACED

Tesla reported its first quarter 2016 financial results and the company missed earnings expectation slightly with a loss per share of $0.57 vs $0.54, but also beat revenue expectation by a very slight margin with $1.6 billion.

The automaker’s stock (TSLA) still surged because of the announcement of a new build plan advancing its 500,000 units per year guidance by two years to 2018. The stock gained 7% after the announcement, but it is holding up 3% in after-hour trading.

Here are the highlights of Tesla’s shareholders letter: END_OF_DOCUMENT_TOKEN_TO_BE_REPLACED 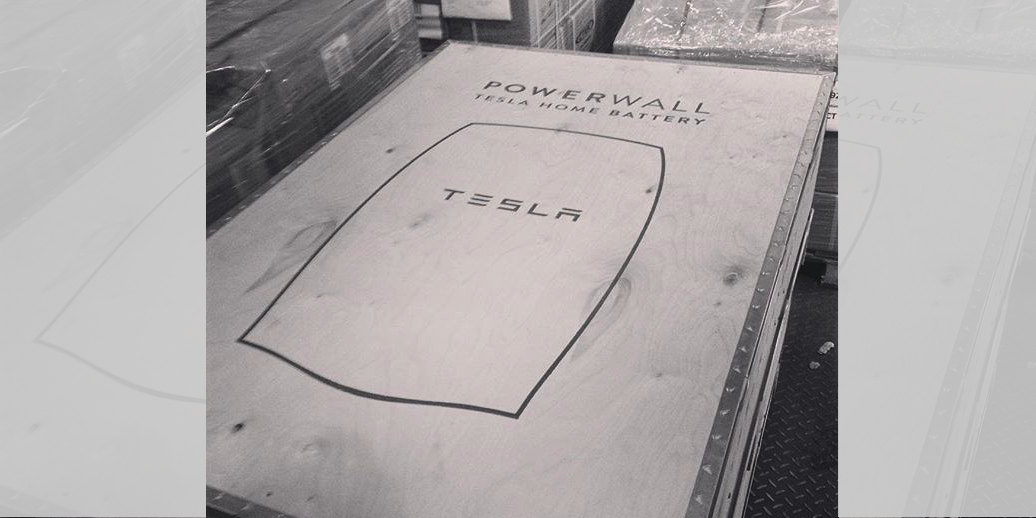 While not quite as exciting as its plans to move half a million EVs in 2 years, Tesla today also announced modest sales of its Energy products as part of its shareholder letter today. END_OF_DOCUMENT_TOKEN_TO_BE_REPLACED

Tesla’s stock (TSLA) down ahead of earnings, Wall Street weighs in

Tesla’s stock (TSLA) fell over 3% on Tuesday morning as Wall Street analysts are releasing notes on the company ahead of the financial results tomorrow. To be fair, the whole market is down (NASDAQ -1.15%) and crude oil took a hit (-2.32%), but it is still interesting to know what Wall Street thinks of Tesla going into the earnings. END_OF_DOCUMENT_TOKEN_TO_BE_REPLACED

Tesla is set to release its first quarter 2016 financial results on Wednesday, May 4 after market close. As usual, the release of the results will be followed by a conference call and Q&A with Tesla’s management at 2:30pm Pacific Time (5:30pm Eastern Time). Now here’s what to expect on Wednesday: END_OF_DOCUMENT_TOKEN_TO_BE_REPLACED

Goldman Sachs analyst Patrick Archambault issued a new note to clients this morning to announce that he raised his price target on Tesla (TSLA) to $245.00 from $202.00 citing Model 3 orders which are reportedly approaching 400,000.

Tesla’s stock opened up over 1% this morning, even though Archambault’s updated price target is below the current trading price and he maintains his “neutral” rating. END_OF_DOCUMENT_TOKEN_TO_BE_REPLACED