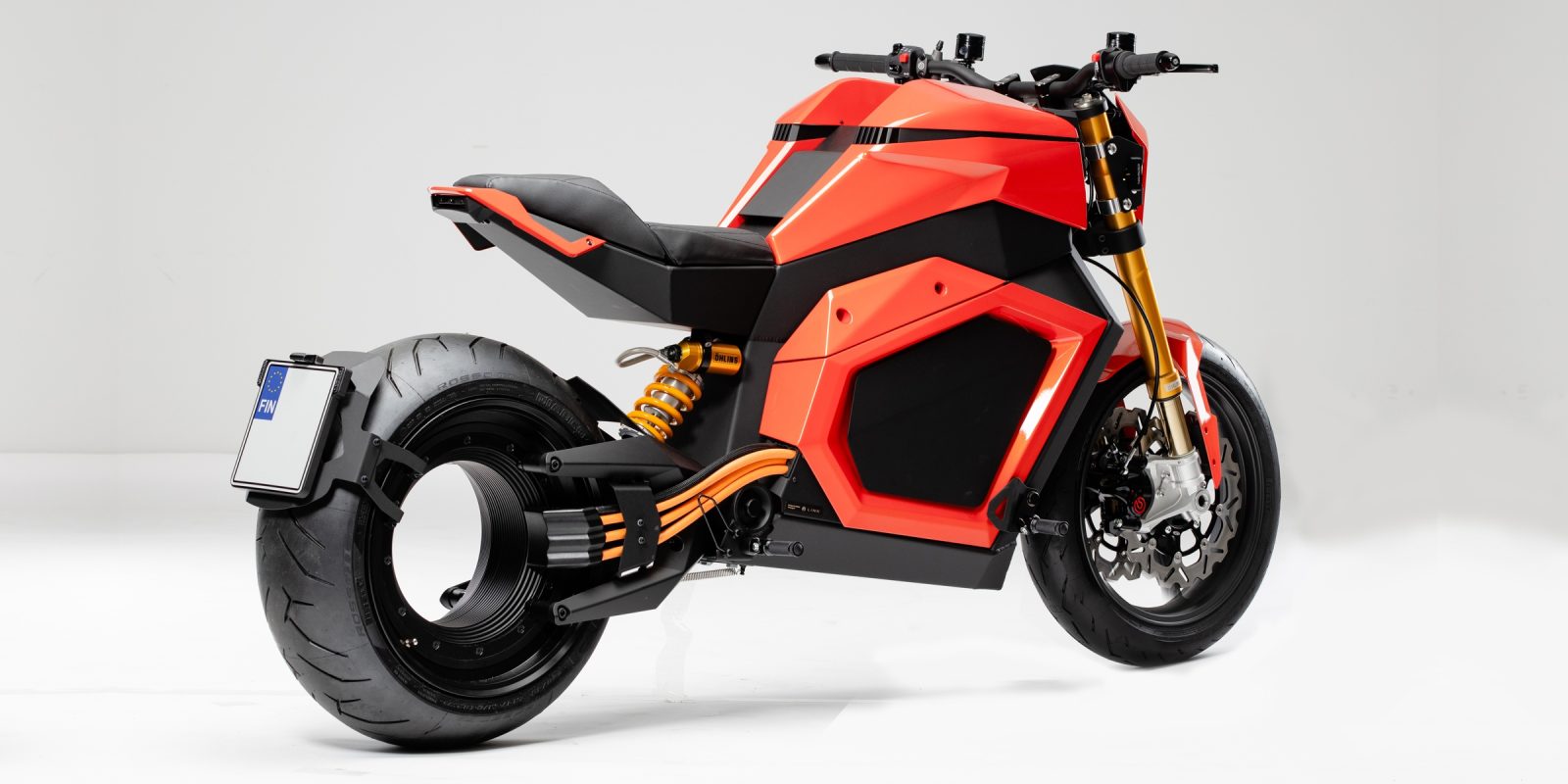 There were a number of fascinating new electric motorcycles that were slated for release in 2020, but many saw their timelines stretched by the COVID-19 pandemic.

Now 2021 appears to be the year of the new e-moto swarm with a score of models set to finally debut. Here are the ones keeping me on the edge of my seat.

I’ve been following this one for way too long.

The fascinating design incorporates a Tron-style hubless rear wheel. But the kicker is that the wheel isn’t only hubless – it also houses an 80 kW and 1,000 NM electric motor in the rim!

That leaves the entire central frame open for batteries, which helps the Verge TS score a range rating of 300 km (186 miles).

I watched open-mouthed from the front row as the production prototype was unveiled in Milan in late 2019.

At the time, production was slated to begin in Finland in Q2 of 2020. Despite the company continuing to make progress throughout the year, 2020 passed us by, and now 2021 looks like the year we’ll finally see (and test!) the Verge TS electric motorcycle.

Moving from Finland to the US brings us to the Volcon Grunt, the first vehicle slated for production by the brand-new Austin-based electric powersports startup Volcon.

The bike features a 37 kW motor and two fat tires rarely seen on motorcycles, helping it float over sand and loose terrain.

That lofty range rating for a relatively small bike is likely helped by being calculated at slower speeds. But most off-road motorcycle riding is performed at much slower speeds than highway cruising of course, so the range rating might even be half accurate.

The Volcon Grunt won’t just feature a unique design. It will also be one of the few American-made electric motorcycles on the market.

That’s assuming it actually reaches production later this spring as planned. But I’ve got my fingers crossed for this one, and even put a little skin in the game in their latest funding round. That’s how much I want to believe!

The Kymco RevoNEX takes us around the world to Taiwan, and is actually the second full-size electric motorcycle designed by KYMCO.

I watched in amazement in 2018 as the company unveiled their faster SuperNEX at the EICMA Milan Motorcycle Show. I didn’t expect to see that electric superbike hit the road any time soon though, and when KYMCO followed up with the unveiling of the RevoNEX at the same show in 2019, I finally felt like we might actually see KYMCO produce an electric motorcycle.

Late last year the company confirmed that the RevoNEX was actually headed to production, and we learned that the Italian debut in 2019 foreshadowed the company’s decision to produce the bike in Italy.

The bike’s torque curve is aided by a six-speed manual gearbox — an addition that also made its way onto KYMCO’s SuperNEX.

Unless there are any other surprises, 2021 could be the year we finally see a Kymco electric motorcycle roll of the line and into dealerships.

NIU, one of the most popular and successful electric scooter manufacturers, shocked the industry with the unveiling of the 100 mph (160 km/h) NIU RQi-GT electric motorcycle in early 2020.

Well, they mostly shocked the world, except that I kind of accidentally on-purpose spoiled the launch with some spy shots of what I speculated to be a NIU electric motorcycle being tested months earlier.

Even so, few saw this move coming. The masses were hyped up for a super popular electric scooter manufacturer to deliver on its promise of an electric motorcycle in mid-2020.

And then the pandemic hit, shattering any hope for an RQi-GT release in 2020.

While I wait, I’ll probably pass the time by cruising around on my own NIU NQi-GT Pro electric scooter, seen below.

When you hear the name Sur Ron, you’re more likely to think of the Chinese company’s popular Sur Ron Firefly (or Light Bee in some markets) electric trail bike. That 5 kW light electric motorcycle can hit speeds of around 45 mph (72 km/h) and scratches the itch for many e-bike riders that are looking for higher speed and power.

But because the bike isn’t street legal as a motorcycle, it has been largely limited to off-road shenanigans.

The Sur Ron Storm Bee was unveiled in 2019 as Sur Ron’s second model, featuring a more powerful design and the option of a street-legal version in addition to a dedicated dirt bike.

I was able to check out the Storm Bee in person and can confirm that it is a huge upgrade compared to the original hobby-level Sur Ron bike.

That should be enough to appease road riders that need short highway jaunts, yet will also hopefully keep the price below more dedicated electric streetbikes.

The Swedish company RGNT Motorcycles unveiled the retro-styled RGNT No. 1 in 2019, and I gushed over everything.

Well, almost everything. The one area that stuck out like a sore thumb to me was the battery box – a tricky component for many electric motorcycle designers to incorporate well.

The company must have taken notice, because they returned in 2020 with an updated design that improved upon the battery box and left me without complaints.

Now I’m excited to see the 77 mph (125 km/h) motorcycle finally debut this year, and (hopefully) get to test it out for you guys.

The German-made Black Tea Bonfire is another electric motorcycle with a similar story to the RGNT No. 1, in that it debuted with a retro design that I loved – except for the inelegant battery box.

Fortunately, the design team quickly returned to the drawing board and tweaked the design into something more presentable – just in time for me to back their crowdfunding campaign and pre-order my own.

So while I’m a bit biased as a reservation holder, the Black Tea is definitely one of the electric motorcycles I’m looking forward to most in 2021.

Its 50 mph (80 km/h) top speed means it will be limited to more urban-oriented riding, but that’s fine by me. With an electric motorcycle this cool and retro, you don’t want to ride too fast or people won’t be able to admire it!

This one is a bit of a wild card. I wasn’t expecting to include electric bicycle manufacturer SONDORS in this list. But as I was compiling my favorites, the company released a teaser for what looks to be an upcoming electric motorcycle debut.

I have absolutely zero information about the bike’s tech specs. I know nothing other than what I could dig out of the teaser photo.

But if SONDORS, which is know for low-cost e-bikes, can produce a street-legal electric motorcycle, then I’ve definitely got to see this.

I hope that 2021 will be a fresh start for many reasons, not the least of which is to help the electric motorcycle industry that took a hit in 2020.

Last year was a rocky year for so many companies. And while some electric motorcycle companies still performed well, 2021 could be the year that many new startups finally breakout.

We’re already seeing interesting new electric motorcycles and scooters in 2021, like the fun and retro CSC Monterey I recently tested (below). Here’s to many more new models this year!