The upcoming Sur Ron Storm Bee electric motorcycle is shaping up to become an aggressive offering both on road and off road. We’ve just received more specs and a first look at the new electric motorcycle, which appears to live up to the hype.

Now we’re getting our first look at the bike and its specs thanks to Bruno Bari Buccianti, host of the popular (and high energy) BrunoPOWEEER YouTube channel. And there’s good news for those looking to take their Sur Ron on the streets: It looks like the company has committed to producing both on- and off-road versions of the Storm Bee. 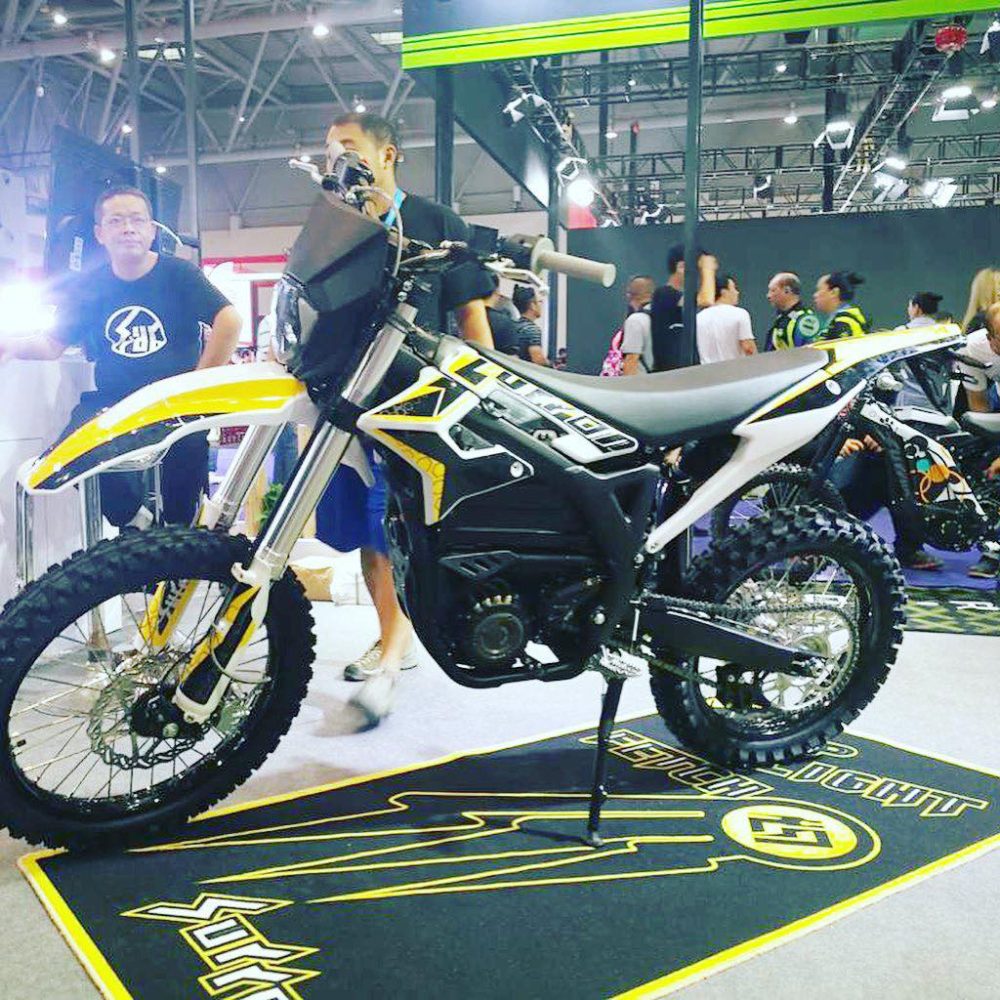 According to the spec sheet supplied to Electrek, the Sur Ron Storm Bee will feature a 22.5 kW (30 hp) air-cooled motor putting out 520 Nm (382 lb-ft) of stump-pulling torque.

The top speed of the forged-aluminum framed bike will reach 68 mph (110 km/h). Range at 31 mph (50 km/h) is estimated at 60 miles (100 km) based on the 4.6 kWh battery. That battery will also feature high power Sony VTC6 cells, a popular battery cell used in the DIY battery building community.

Speaking of DIY, the Sur Ron Storm Bee will feature a 150V sine wave controller. That leaves a large ceiling for DIYers to hot rod the Sur Ron with a higher voltage battery than the stock 96V pack, offering the potential for higher speeds and power levels. 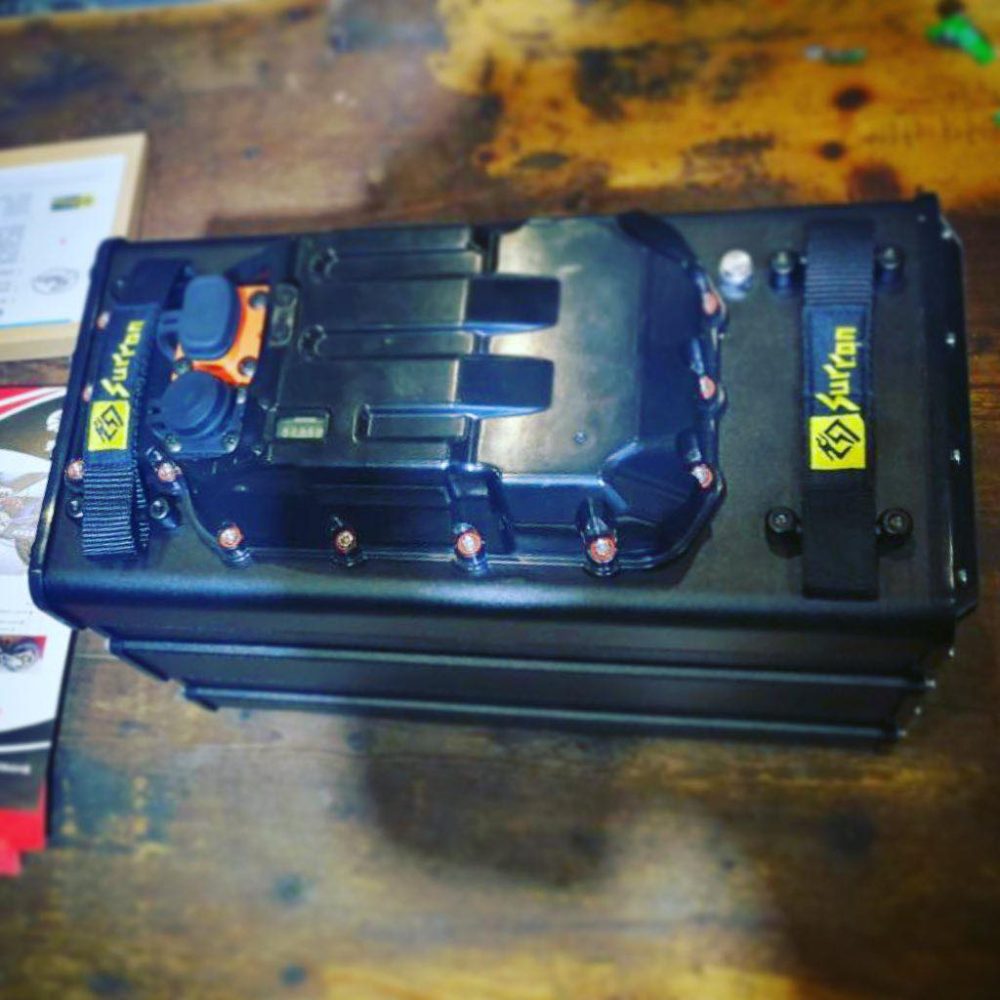 While still a light electric motorcycle, the Sur Ron Storm Bee will be fairly hefty compared to its predecessor. The off-road Storm Bee will weigh in at 118 kg (260 lb) while the street-legal version will tip the scales at 127 kg (280 lb).

The disparity in weight can be attributed to the other differences between the models. To help achieve homologation for street use, the on-road Sur Ron Storm Bee will include an LED light package including a head light, tail light and turn signals. It will also feature a license plate holder, mirror, street-rated tires and other necessary components.

The street-legal Storm Bee will also feature ABS brakes and smartphone app connectivity, though details are still scarce regarding the functionality of the app.

According to Bruno, the Storm Bee will reach the Australian distributor by the end of 2019, though timing for release in other markets is yet to be announced. 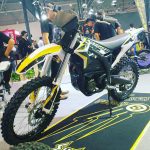 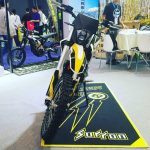 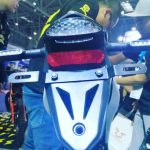 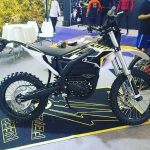 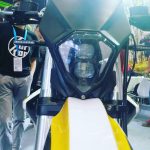 Pinch me, I must be dreaming!

This new Sur Ron Storm Bee is shaping up to be an awesome electric motorcycle! Granted we still don’t know the price, but Sur Ron has historically kept prices quite reasonable, so my fingers are crossed on that front.

I love that the company has dedicated itself to producing a street-legal option from the outset instead of relying on distributors to cobble together kits themselves for homologation. While I’m sure riders are going to be tearing up the dirt on the MX version, the street-legal version is desperately needed to fill a gap in the market for moderate-speed electric motorcycles.

If you want a 100+ mph (160+ km/h) electric motorcycle today, there are plenty of options from Zero to Lightning and others. But if you want a 65-70ish mph (105-112 km/h) light electric motorcycle for commuting, your options are extremely limited. The Zero FXS is probably the closest, but still reaches 85 mph (137 km/h) and costs between $8,500-$10,500. A slightly lower power/speed electric motorcycle that can handle a suburban commute with short highway jaunts is nearly unobtainable right now, so this is a welcome relief to a market hungry for options.

We’ll keep our ear to the ground regarding pricing and availability so that we can report back as soon as we have more info. Until then, this feels like a good day for the e-moto industry!