KYMCO, one of the largest scooter manufacturers in the world, has demonstrated an impressive commitment to electrification. The company has already released a handful of electric scooters and introduced a new EV battery standard.

Now the company has just dropped the veil on their newest electric vehicle, the insanely fast and powerful SuperNEX electric superbike.

Taiwan-based KYMCO is known for their scooters, but today’s unveiling sparked an entirely new direction for the company.

In a lavish event at the EICMA Milan Motorcycle Show, KYMCO unveiled the SuperNEX, their new electric motorcycle superbike.

The SuperNEX is a high-speed, high power electric racing motorcycle that can hit a top speed of 250 km/h (150 mph).

Its acceleration is on par with some of the fastest electric motorcycles available. 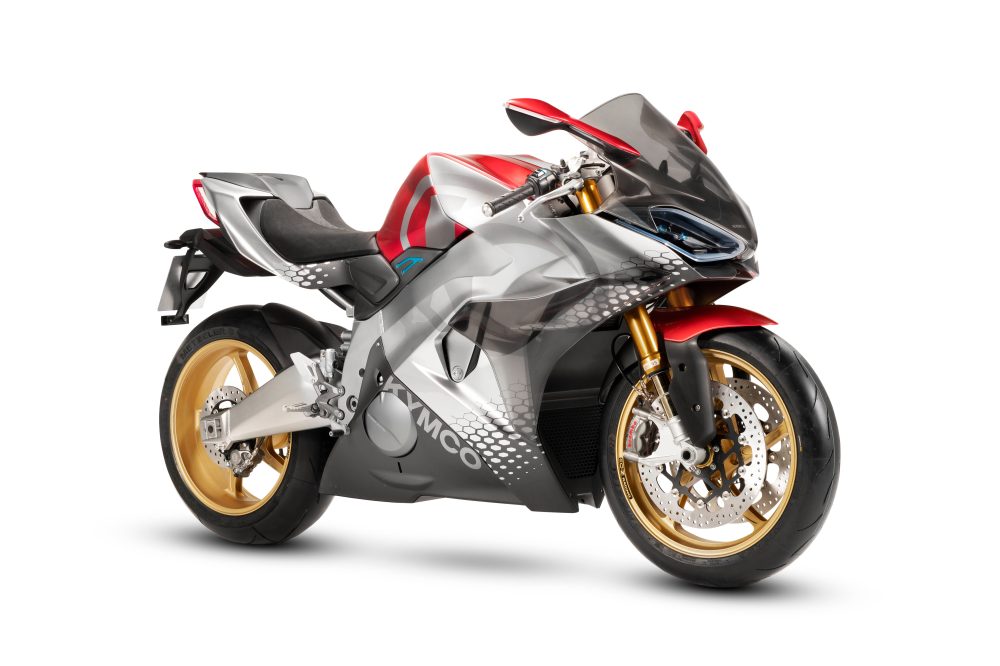 Those acceleration times are generally only achievable by highly experienced and skilled riders. But on the SuperNEX, KYMCO has included Full Engagement Performance (FEP) to help less experienced riders get the most out of the superbike.

“With FEP, riders can always perform a perfect launch. During hard acceleration, FEP ensures there is no wheelie or wheel slippage. During hard braking, FEP prevents rear wheel lifting. When riding through uneven or wet surfaces, FEP provides maximum traction.”

The level of FEP is also user adjustable, allowing riders to dial in the perfect amount of assistance for their skill level. 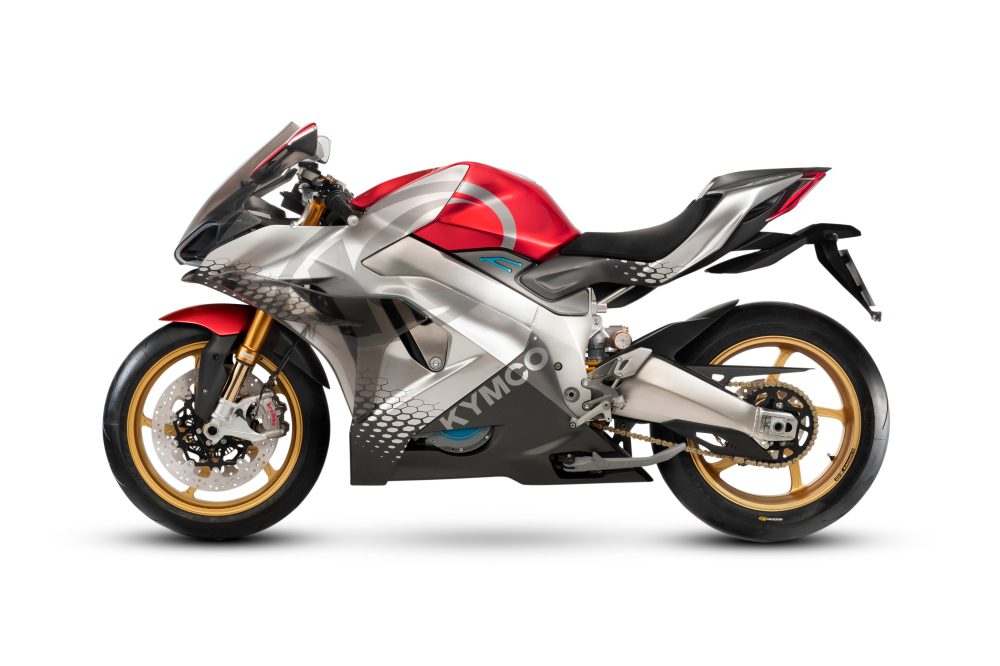 To help increase the already insane torque needed to reach those speeds, the SuperNEX sports a 6-speed transmission.

“The 6-speed transmission allows riders to make use of the most optimal power band of the motor to extract the full potential of the vehicle. The gears help improve not only the efficiency and responsiveness, but also the acceleration and top speed.”

In addition to adding a performance boost, KYMCO wanted to include a manual transmission to give electric sportbike racers a realistic shifting feeling that adds to the thrill of electric racing instead of taking away from it. As KYMCO chairman Allen Ko explained it, “Shifting is the art of motorbike riding.”

But that shifting won’t feel like your old gas bike because you’ll no longer need to grab a handful of clutch. The SuperNEX will have clutchless shifting, and a slipper clutch should help smooth out the ride during normal downshifting. 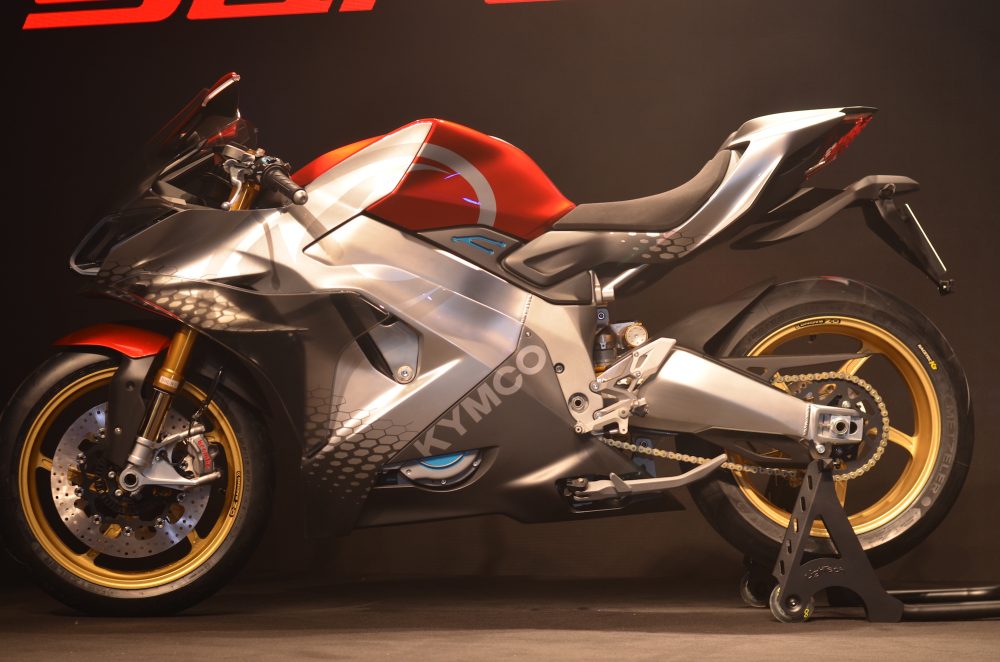 Another innovation KYMCO has included in the SuperNEX is an Active Acoustic Motor. Essentially, the bike amplifies the existing electric motor sound, but offers user adjustability to the pitch and intensity.

“The sound communicates the rpm level and the load condition of the motor. It constantly gives the rider situation awareness, so riders can determine their timing for shifting the gear and applying the throttle. And, with the rpm rising and the speed climbing, riders hear the surge of the sound one crescendo after another. It is one of the most intense sources of thrill for the sportbike riders.”

There is no word yet on when the SuperNEX will be available for purchase. The model shown off tonight was just the initial prototype, but it appears KYMCO is definitely planning on bringing it to production.

While we wait to hear about production plans, here are some more glamour shots we grabbed at the unveiling.

KYMCO’s unveiling today of their new SuperNEX electric motorcycle is just the latest progress the company has made towards electrification.

Earlier this year, KYMCO introduced a line of electric scooters designed for consumers. The scooters were based on their new Ionex battery standard, a removable 650 Wh Li-ion battery.

KYMCO followed up the announcement of their Ionex line with their new Ionex Commercial. Electrek first broke the news on Ionex Commercial at the Paris Motor Show last month.

Ionex Commercial was developed as a turnkey solution that allows companies or governments to easily introduce fleets of electric scooters into their operations.

KYMCO’s new SuperNEX is an impressive display that underscores the company’s commitment to moving towards EVs. Despite making a name for themselves in gas scooters, KYMCO is wholeheartedly embracing the future of electric transportation.