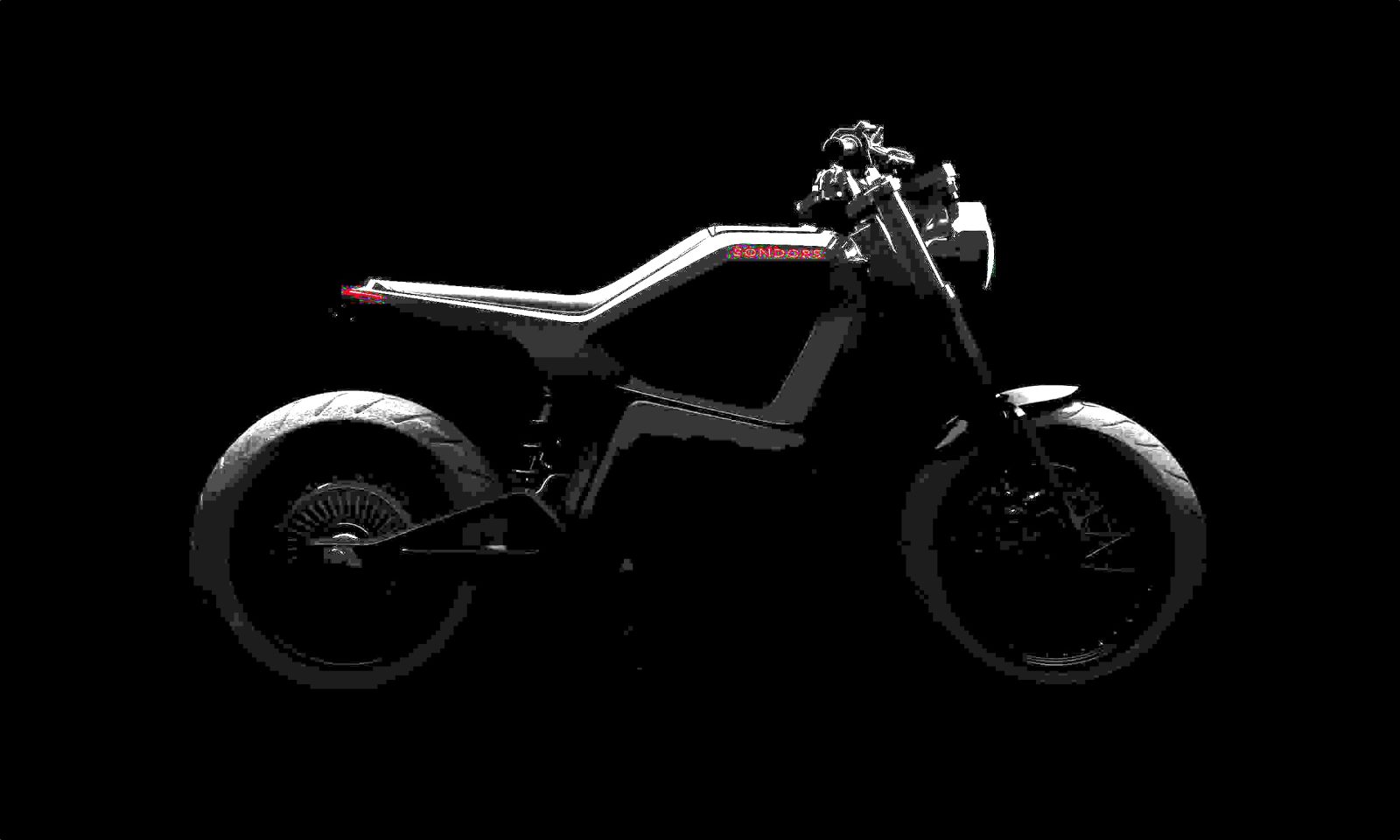 Sondors is starting 2021 with a bang by announcing the unveiling of the “latest chapter in the SONDORS story” on January 14. And the latest chapter looks suspiciously like an electric motorcycle.

They’ve since stuck mainly with electric bicycles, with the exception of that awkward foray into three-wheeled electric cars that everyone seems to have forgotten about.

But in addition to recently rolling out several new models of high powered electric bicycles, the company now looks set to unveil an upcoming electric motorcycle.

They didn’t say as much, but SONDORS sent out a marketing email today with a teaser image of a motorcycle shaped two-wheeler and the text “Save The Date. Join us Live on Facebook as we unveil the latest chapter in the SONDORS story. You won’t want to miss this.”

They’re right. I don’t want to miss it.

I don’t want to miss it so much, in fact, that I had to play around with the lighting in their teaser image to make sure I didn’t miss anything.

While my first instinct was that this would be another SONDORS electric moped launch, the clues point to something larger.

The outline of the bike screams moped or motorcycle, but a highly lightened version of the image shows a distinct lack of pedals. There’s also an unmistakable motorcycle-ish shape to the body, housing a large battery in the central part of the frame like nearly all electric motorcycles.

And playing with the lighting even more we can even start to see some finer details such as what appears to be a rear hub motor.

So this may be speculation, but I think it’s pretty safe to say that SONDORS has their first electric motorcycle coming soon.

What kind of performance can we expect? Will this be the unicorn of an e-moto to finally deliver street-legal, highway-speed riding at an affordable price? Will it beat the SONDORS three-wheeled electric car to market?

To these questions and more, we have no answers yet. But come January 14, hopefully we’ll be a little bit wiser.