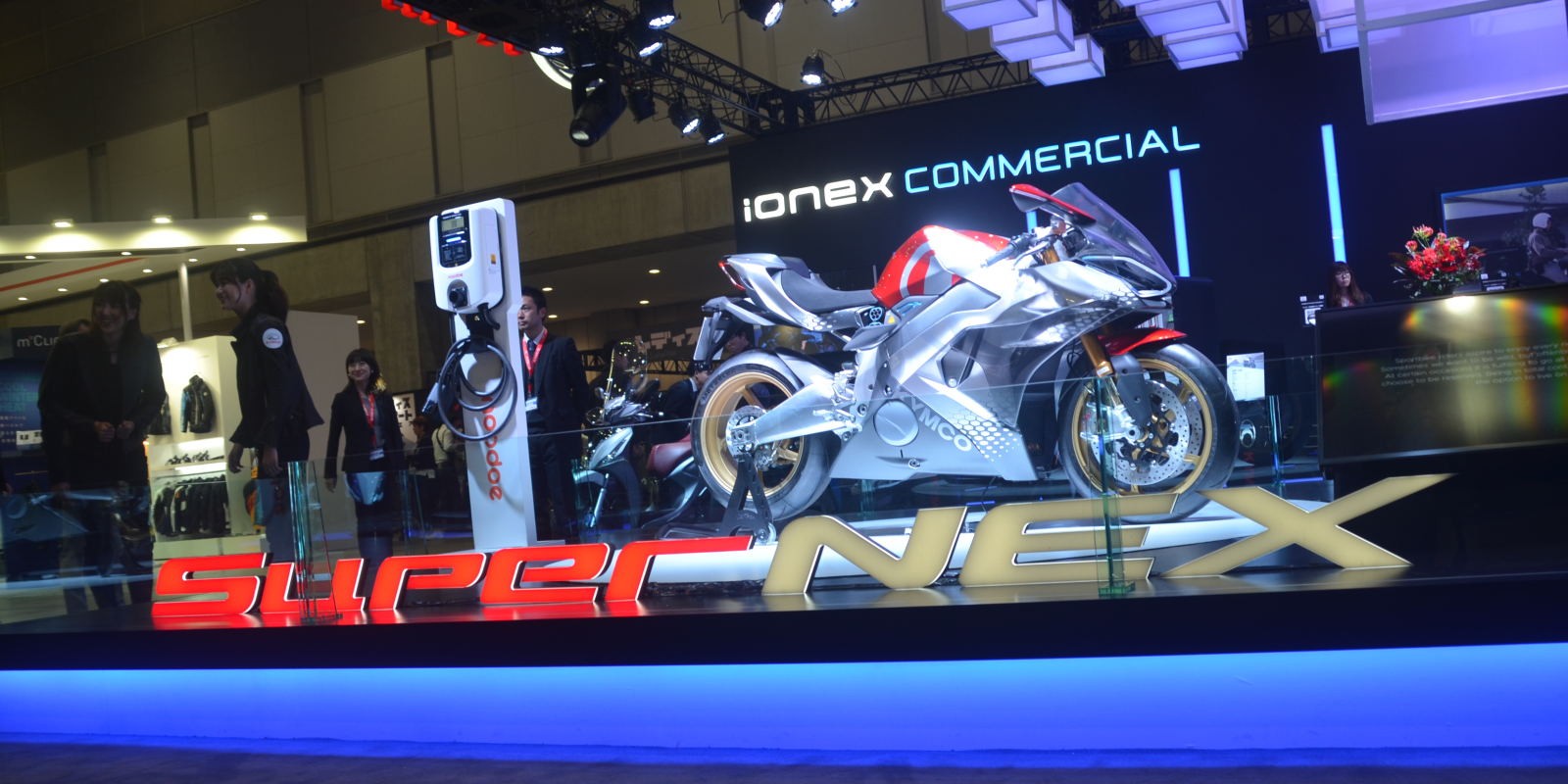 KYMCO displayed its impressively-spec’d SuperNEX electric motorcycle at the Tokyo Motorcycle Show where it also unveiled Noodoe’s new EV charging infrastructure. Electrek was on site and caught up with KYMCO’s chairman to learn more about the electric superbike and the company’s future plans.

KYMCO flew us out to the Tokyo Motorcycle Show to see the SuperNEX electric motorcycle in its first public showing this year.

The SuperNEX is an electric sportbike developed by Taiwan’s largest scooter manufacturer, KYMCO.

The unique electric motorcycle has only been publicly displayed one other time, at its Milan unveiling last November.

In fact, Electrek was first to publish the new electric motorcycle and its specs directly from the Milan Motorcycle Show. And those are some serious specs, mind you. 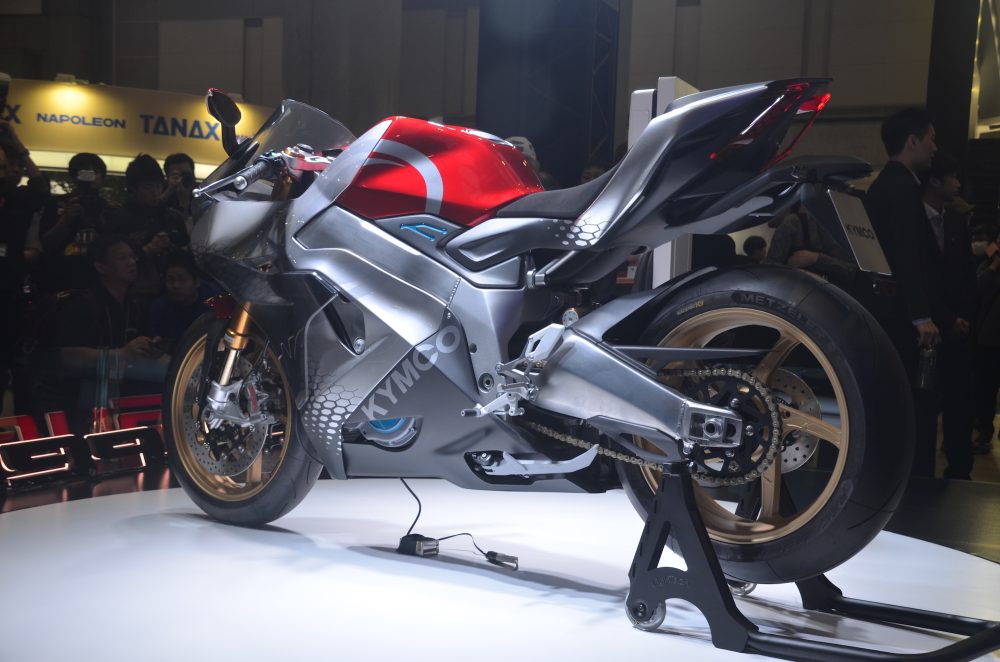 To help increase the already insane torque needed to reach those speeds, the SuperNEX sports a 6-speed manual transmission.

That manual transmission allows riders to make use of the most optimal power band of the motor. The gears help improve not only the efficiency and responsiveness, but also the acceleration and top speed.

But that shifting won’t feel like your old gas bike because you’ll no longer need to grab a handful of clutch. The SuperNEX has clutchless shifting, and a slipper clutch should help smooth out the ride during normal downshifting. 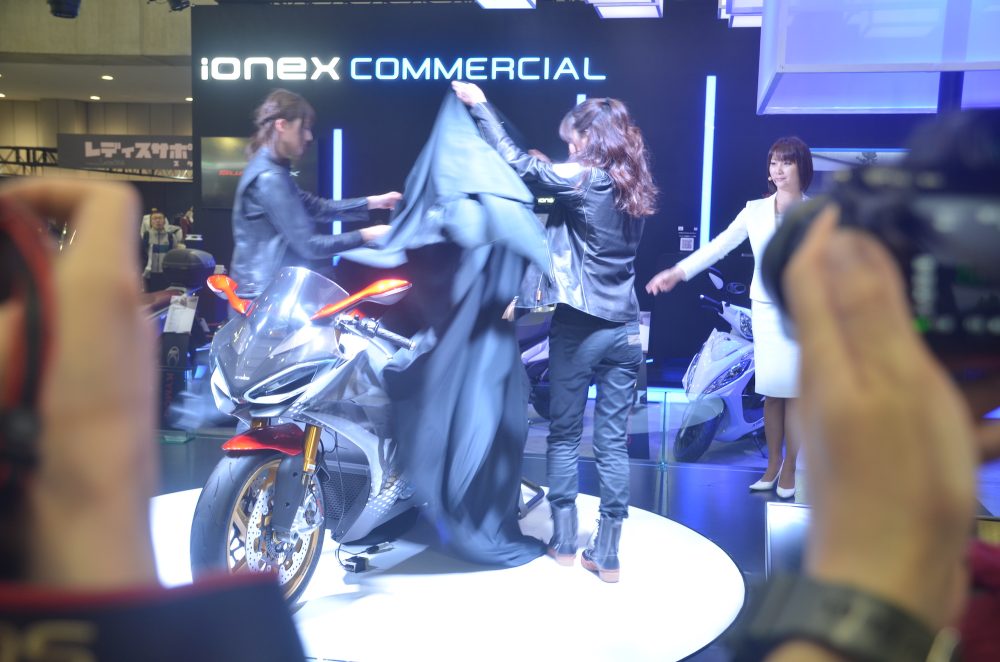 The SuperNEX isn’t available quite yet, unfortunately. The company is still using the platform to test a number of battery solutions, which is part of why they haven’t announced exact battery performance ratings or charging times. But KYMCO Chairman Allen Ko seems adamant that the company will produce the bike, even though that point is “still a few years away,” as he told Electrek. 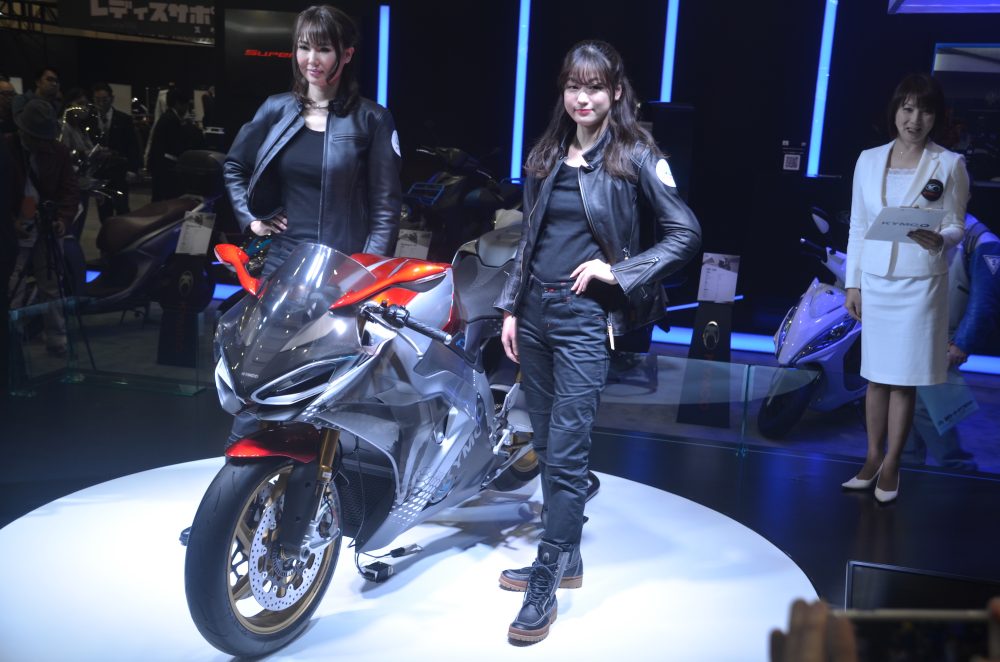 But KYMCO is already preparing for that day in advance. One of the biggest hurdles the company will face is that KYMCO is not known for producing electric motorcycles, or really any full-size motorcycles for that matter. Despite making some rather large 550cc maxi-scooters, the SuperNEX is brand new territory for the brand. And that means convincing people to buy one could be an uphill battle.

With specs like those in the SuperNEX, you’d think the bike would sell itself. But riders are often staunchly brand-loyal and may be slow to accept KYMCO as a sportbike maker. For that reason, Mr. Ko says the company is now considering getting into racing. Despite previously telling Electrek in Milan that they were looking more at retail sales for the bike, the company now sees racing as one way to prove what the bike can do.

According to Mr. Ko:

While he couldn’t elaborate further on any specific plans, there are an increasing number of electric motorcycle racing leagues that could provide just the track experience KYMCO needs to show what the SuperNEX can do.

As part of the Tokyo unveiling of the SuperNEX, KYMCO chairman Allen Ko took to the stage to demonstrate charging the SuperNEX with Noodoe’s new charging station.

Noodoe is pitching its product to companies such as hotels and stores who wish to provide charging in their parking lots. Noodoe would allow these companies to attract EV owners while simultaneously creating another stream of revenue.

Noodoe EV charging stations running Noodoe EV OS are designed to offer a simple charging experience for customers and a range of advanced features for site owners to manage the stations.

Customer’s won’t need to be part of a membership to use the charging service. Noodoe EV OS processes multiple types of payment transactions and supports universal at-the-pump payment. That means drivers (or riders, for us e-motobikers!) can use many payment methods such as credit cards, Apple Pay, or Google Pay.

As part of the partnership with KYMCO, Noodoe also intends to interface with the existing KYMCO Ionex electric charging infrastructure.

KYMCO developed the Ionex line last year, which includes a range of electric scooters as well as the charging infrastructure to support their swappable batteries.

KYMCO believes that electric scooters will continue to represent a growing segment of the larger scooter market and could even become the majority of domestic scooters sales in the next 3-5 years.

With Noodoe already entering the US and other international markets and KYMCO’s Ionex platform poised to do the same, we could be seeing a lot more of both stateside. Hopefully that will tide us over until the SuperNEX comes knocking.

What do you think of the SuperNEX electric motorcycle? Let us know in the comments below.