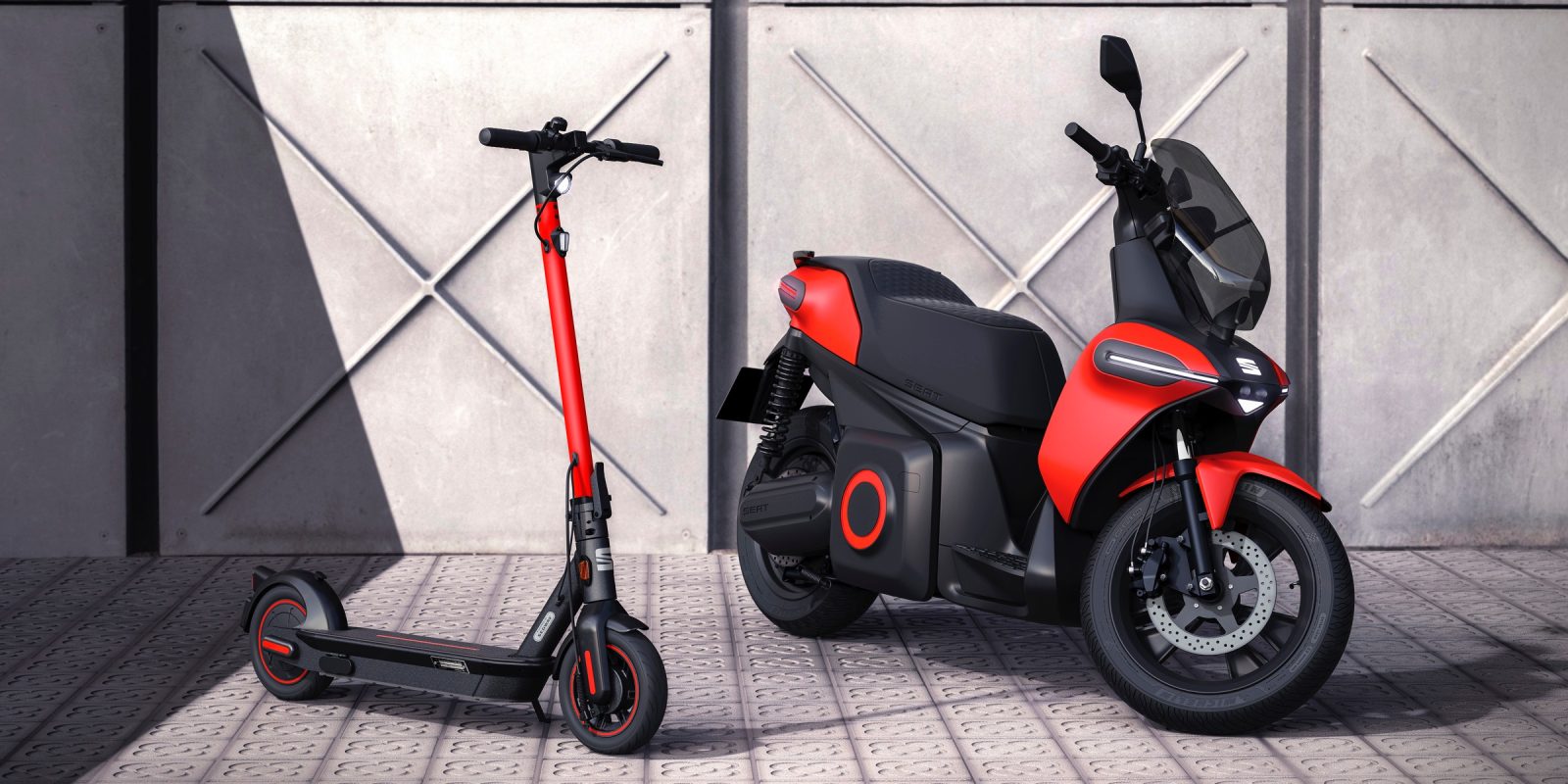 We’ve all seen how electric scooters from companies like Bird and Lime are taking over cities. But now we’re watching big car companies like BMW, VW, GM, Peugot, Skoda, and more enter the two-wheeled EV game.

SEAT’s electric scooter isn’t your standard Bird or Lime e-scooter, it’s a seated 125-cc equivalent electric scooter with an 11 kW motor. That’s enough power for a 0-50 km/h (0-31 mph) time of 3.8 seconds. Not too shabby for a scooter.

The scooter can travel up to 100 km/h (62 mph) and can reach up to 115 km (71 mi) of range on a single charge. SEAT’s electric scooter can comfortably fit two riders and even has storage for two helmets under the seat.

But SEAT has never shown any interest in seated electric scooters before (though they’ve tried their hand at standing scooters), so why the sudden shift? 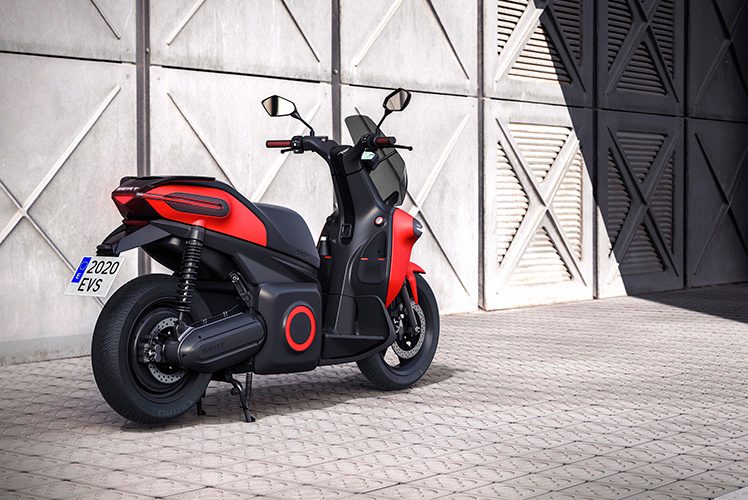 Essentially, car manufacturers see the way urban transportation is headed. And it’s not a pretty picture for conventional cars.

More and more cities are closing off areas to car traffic in favor of bikes, scooters, and other smaller vehicles.

Electric bicycle sales are at an all-time high and growing faster than ever.

In other words, personal electric vehicles like e-bikes and e-scooters are the future of urban transportation. Which isn’t to say that cars aren’t part of the picture. They just aren’t the only part anymore, and some would argue they soon won’t even be the main part.

And car companies aren’t blind. Nor are they stupid. They all want a piece of that action.

GM released their own electric bicycle last year in attempt to broaden their focus and reach riders in addition to drivers. BMW released an electric scooter, albeit not a very impressive one. Though perhaps we can forgive them on account of the company’s success with the BMW C Evolution electric maxiscooter and potentially an upcoming high-performance BMW electric motorcycle. Peugot has a nice line of electric bicycles. Skoda has one of the weirdest electric bike/scooter concepts I’ve ever seen.

Basically, everyone is getting in on the action.

Even the ride-sharing companies know where the urban transportation industry is headed. Uber’s CEO predicted last year that the company would provide more trips on its electric scooters and e-bikes within a decade than it would in its cars. And in some cities that is already happening. Perhaps that is why Uber has been so eager to expand its electric scooter and e-bike sharing programs around the world with strategic partnerships.

But car companies aren’t building electric scooters on their own

By and large, auto manufacturers aren’t reinventing the wheel when it comes to electric scooters. Instead, they’re licensing the wheel.

Most of the companies I listed above don’t actually build their own e-bikes and e-scooters, but rather they’ve partnered with companies that do.

Take SEAT, for example. They’ve got a great-looking 100 km/h electric scooter. Actually, it’s so great looking that it kind of rings a bell. Hmmm, why is that?

Oh that’s right, because it’s actually a slightly reworked Silence S01 electric scooter that I had the pleasure of test riding (see video below). And remember SEAT’s electric kickscooter? That was a partnership with Segway.

And these strategic partnerships make sense.

Car companies can see that small electric vehicles are the future, though that still doesn’t mean they’re ready to bet the farm on it.

It’s much easier (and cheaper) to start out with a partnership like these and dip their two-wheeled electric toe in the water. Once car companies can determine if the market is there, or more importantly, if the profits are there, then we’ll be much more likely to see original e-bikes and e-scooters from major automotive manufacturers.

Until then, I’d call these partnerships a step in the right direction.