Uber just announced a new partnership with Cityscoot in Paris to include electric mopeds in its transportation options.

Now Uber customers can rent and pay for an electric moped directly from the Uber app.

Uber is no stranger to thinking outside of the four-wheeled cage of its car-based, ride-sharing service.

After scooping up Jump electric bikes to get into the e-bike sharing game, it then added Jump electric scooters to provide even more electric two-wheeled options for commuters.

Now the company wants in on electric mopeds in the form of seated scooters. And it’s doing so by getting in bed with Cityscoot, the French startup operating a moped sharing service in Paris.

The new feature will begin next month and should integrate directly with Uber’s app. The 4,000 free-roaming electric scooters can be rented for 29 cents per minute. The scooters travel at speeds of up to 45 km/h (28 mph) and can be operated by anyone with a valid drivers license — no motorcycle license required. 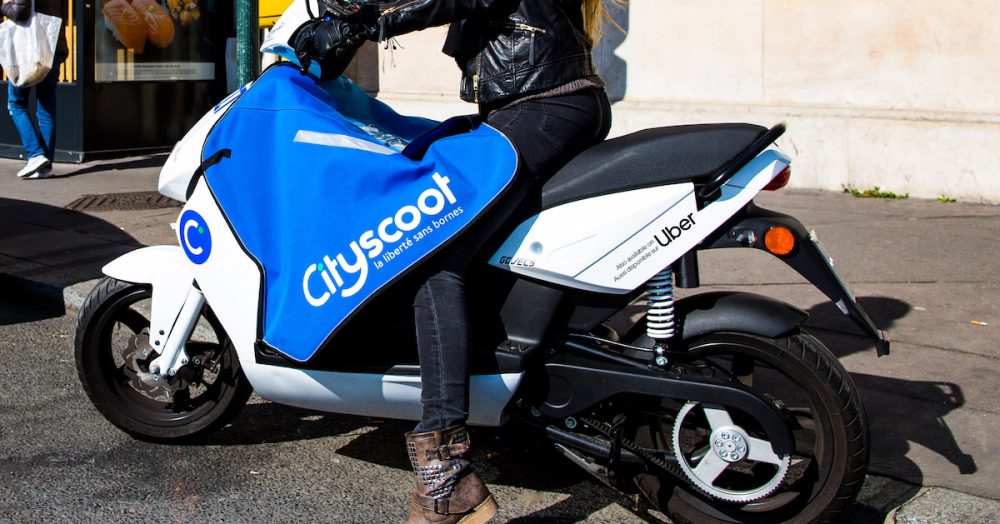 Uber expanded upon the new partnership in a statement:

The partnership with French startup Cityscoot came from the mutual belief that mobility should be shared to relieve congestion in city centers and reduce the impact of transport on climate change. This is the first time Uber has offered e-mopeds in the app anywhere in the world, and we see it as another step toward our goal to become a one-stop shop for all transportation needs.

Cityscoot’s electric mopeds are made by Govecs, a European manufacturer of a number of electric scooter and motorcycle models.

The scooters all feature helmets under the seat and include a sanitary paper hairnet, assuming that’s enough for you. 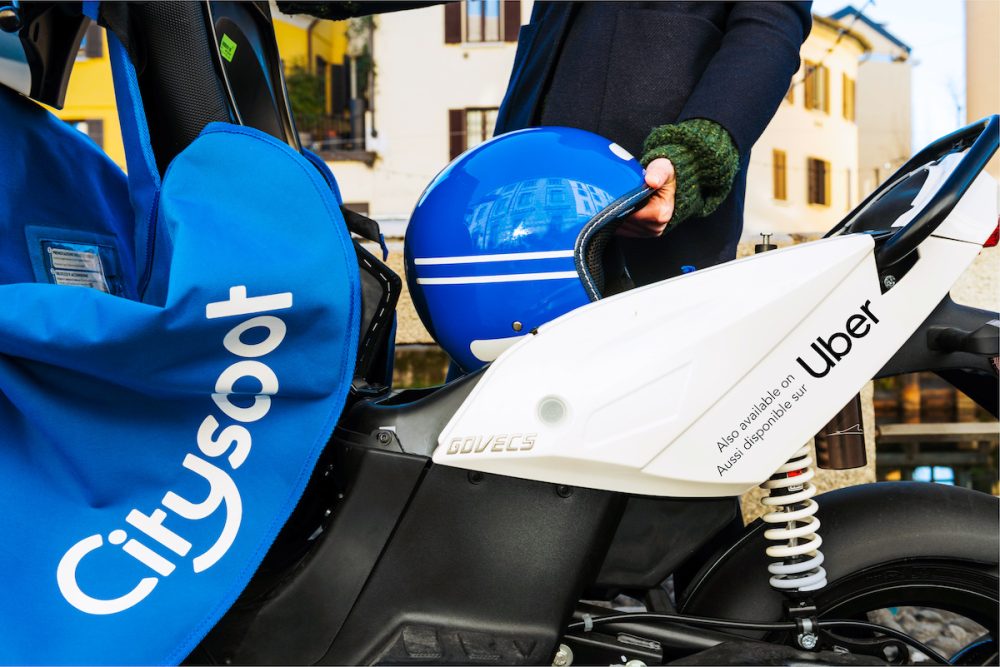 The scooters also come with “protective aprons,” also known as scooter skirts, that keep the riders legs protected. They are also useful in the colder months for keeping the wind chill off of the rider.

The scooter skirts have a clear, touch-enabled screen to hold the riders’ phone, which is perfect for staring down at your lap while riding.

The only thing riders will need to provide on their own are gloves, which are required by law in Paris while operating scooters such as these, according to Forbes. 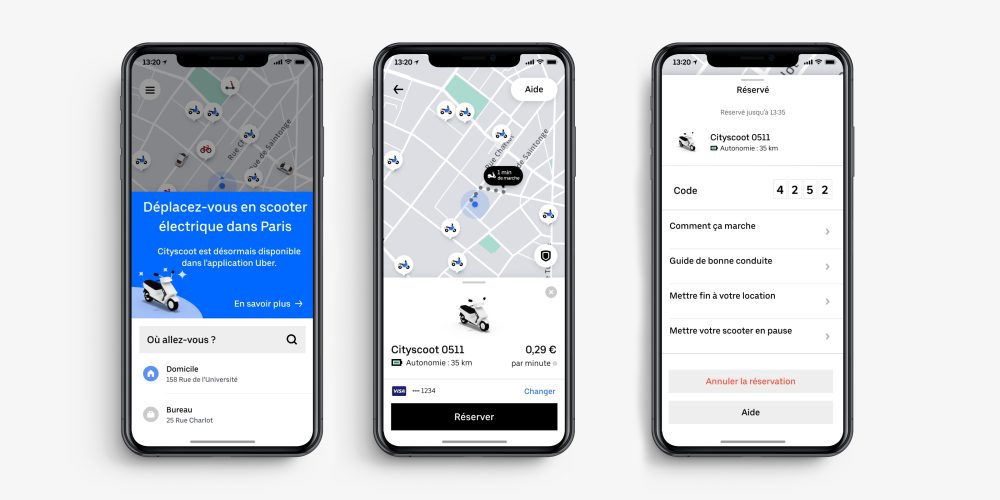 Uber is working quickly to get its hands on any two-wheeled electric form of transportation that it can.

And it’s smart to do so. The company knows that this is where urban transportation is headed. While Uber’s car service will remain relevant, more commuters are realizing that they’d rather have fun riding down the road with the wind in their face than be stuck in the back of a ride-share car silently praying that the driver doesn’t start trying to make conversation.

Uber’s CEO even predicted that in less than a decade, Uber would offer more electric bike and scooter rides than car rides.

And in fact, that’s already happening in some cities. It didn’t even take 10 years.

Electric mopeds and seated scooters are the next logical step. Not only do many riders feel more comfortable on these types of vehicles, but they are simply more convenient for traveling around cities at higher speeds.

And with so many electric moped rental companies already operating in the US, it’s only a matter of time before Uber brings its e-moped plans home to the US.

What do you think? Would you rather take an electric moped over a standard Uber? Let us know in the comments below!