Today is a big day for car companies jumping on the electric bicycle bandwagon. First Elon Musk dropped a bombshell saying Tesla might build an electric bike, and now GM electric bicycles are on the horizon too.

GM gave a surprise announcement this morning where they revealed not one but two new electric bicycles.

The US’ largest vehicle manufacturer apparently wants in on the electric bicycle game.

According to the Director of General Motors Urban Mobility Solutions, Hannah Parish:

“As an avid cyclist and urban commuter, I know how great it feels to get where I’m going easily and to show up sweat-free. We blended electrification engineering know-how, design talents and automotive-grade testing with great minds from the bike industry to create our e-bikes.”

The bikes and motors were developed in-house by GM’s electric vehicle team, including some of the engineers responsible for the Chevy Bolt. 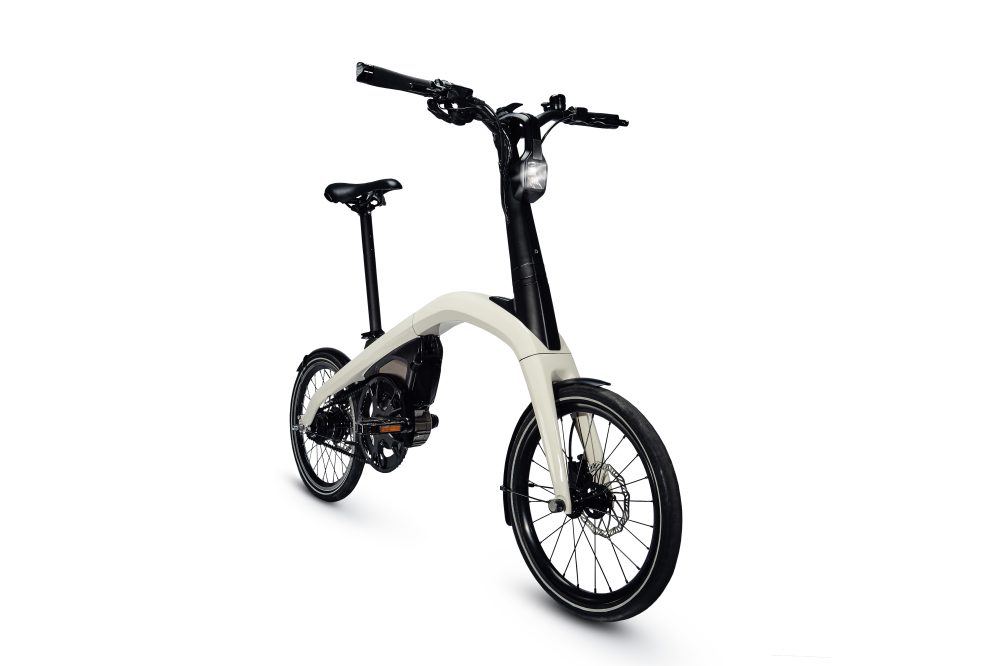 GM has announced plans for two electric bicycle designs, one folding and one compact.

Despite unveiling photos, the company has been fairly mum on detailed technical specifications. But much can be gleaned from the images GM released.

Eschewing the standard hub motor, an easier design choice, GM opted for a mid-drive electric motor. The motor uses a chain drive over a toothed belt, likely a cost-saving measure.

The mid-drive motor appears to integrate with an internally geared rear hub. That would help reduce maintenance concerns on the GM electric bicycles.

The battery is mounted just above the motor, yet still low on the bike, which should keep the center of gravity comfortably low.

The folding e-bike sports a handle integrated into the stem, which allows the user to carry it when in a folded position.

Front and rear hydraulic disc brakes can also be spotted.

LED lighting, USB device charging and some type of telemetry system, often found in electric mopeds and scooters, round out the feature list.

GM wants you to name their e-bikes

Naming contests seem to be all-the-rage these days, and GM is embracing the trend.

The company is running a contest that will allow the public to submit suggestions for the name of GM’s new e-bike brand.

The winner whose submission is selected will receive a prize of $10,000, while nine other runner-ups will each receive $1,000.

Submissions can be made at www.ebikebrandchallenge.com from today to November 26th. 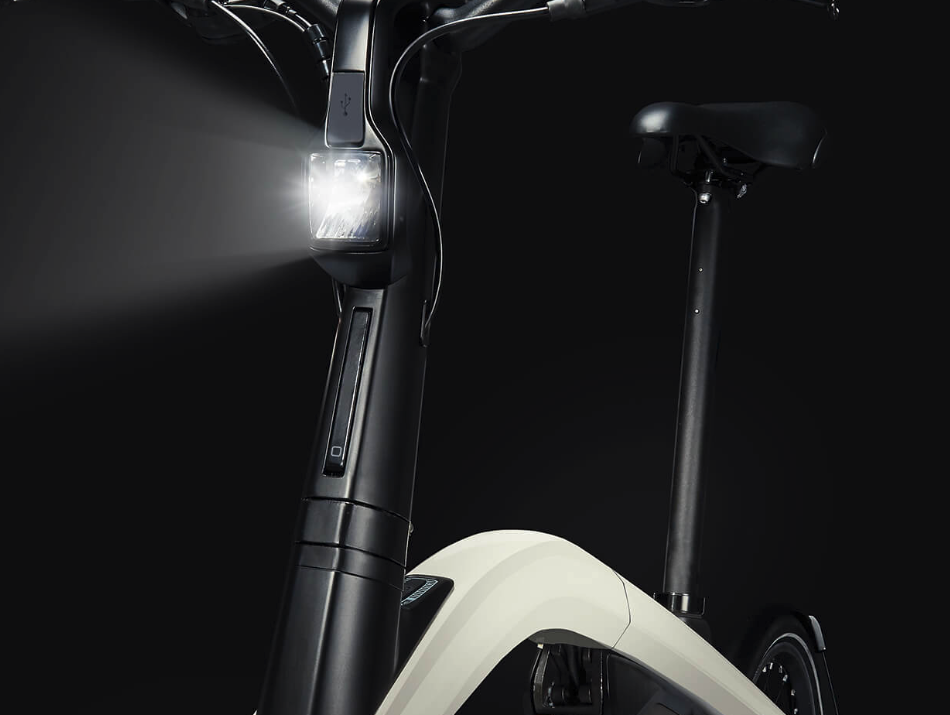 It’s hard to comment too much on the technology when GM has shared so little. But from the images, I can already see that there is limited battery capacity. That likely hints at this being a Class 1 e-bike, meaning no throttle. You’ll have to pedal to activate the motor. That’d be the only way to get decent range with such a small battery pack.

Another interesting note I found was that GM listed the LED lights as “rechargeable”. That makes it sound like they won’t run off the main battery pack, which would be a bummer. One of the nice things about having an e-bike battery is that you can use it to run things like the lights and bicycle computer and not worry about recharging your little devices.

GM’s move to create an e-bike brand in general was a bit surprising, but does not come as a shock to me.

It follows an interesting trend we’ve been seeing where transportation companies that traditionally focused on larger vehicles are now trying to grab their own slice of the booming personal electric vehicle market.

Uber purchased Jump, an electric bicycle sharing company, then introduced their own electric scooter-sharing service. In fact, Uber’s CEO predicted that in a decade, the company will offer more rides on electric bicycles and scooters than in cars.

Elon Musk just announced his own interest in building a Tesla electric bike, though he hasn’t provided many details yet.

Why are all of these large companies getting in on small EVs? Because small EVs are awesome, that’s why.

Personal electric vehicle use is skyrocketing as consumers wake to the realization of how convenient such small but effective vehicles can be. Scooter sharing companies are worth billions of dollars. Local US e-bike companies are cleaning up even despite the Trump Administrations tariffs have fought to bring them down.

There’s a heck of a lot of transportation money on the table here. And no one wants to miss out on it.