SEAT has apparently been working with Segway-Ninebot for some time on the development of the new eXS electric kick scooter.

SEAT plans to debut the new eXS electric scooter on November 13th at the Smart City Expo World Congress in Barcelona. The company will be offering test rides as a way to gauge consumer feedback regarding the new electric scooter.

SEAT is using the opportunity provided by the growing popularity of electric scooter sharing programs to widen its product reach. The company aims to solve the issue of urban mobility with not just cars, but with smaller personal electric vehicles that may be more appropriate in many cities.

“As cities continue to grow, achieving efficient mobility has become one of the major challenges that institutions and carmakers have to tackle. Traffic jams, the lack of parking spaces and reduced emissions zones in city centers are just some of the daily challenges that drivers are faced with. If we add to this a 20% reduction in the number of customers under 30 in Europe who are committed to buying a car, it is clear that transportation needs are changing.”

The eXS electric scooter will feature 8 inch wheels as well as dual suspension to smooth out unforgiving terrain. The electric scooter’s top speed will be limited to 25 km/h (15.5 mph). It should contain enough batteries to reach 45 km (28 mi) on a single charge.

In addition to testing their new scooters in their hometown of Barcelona, SEAT is looking for other Spanish cities to serve as test beds. 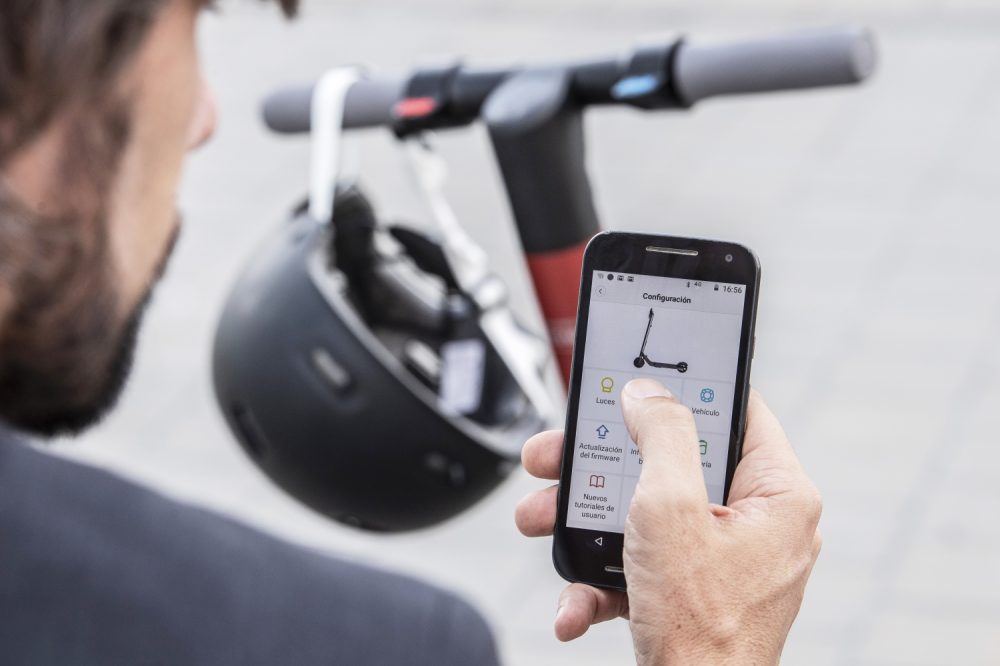 “SEAT’s goal is to be in permanent contact with institutions and city councils to contribute to better future mobility. The eXS is the first SEAT product that has been specifically designed to help improve and enhance urban mobility, with the firm commitment of becoming a key player in the sector.

With this goal in mind, SEAT is currently looking for Spanish cities to implement a pilot test with a fleet of shared SEAT eXS that is open to the public. The recently created independent SEAT Group company XMOBA will be responsible for carrying out the tests order to study the potential of the eXS for improving mobility in urban centers.”

I wouldn’t be surprised if we start seeing more of this mixup of small EVs and big car companies. Mobility companies see that with a glut of new competition from many different modes of transportation, the winning companies will be the ones that control the most options.

SEAT’s news regarding entering the micro-mobility industry with an electric scooter share program is just the latest evidence of transportation companies going multi-platform.

And in another interesting twist, Lime recently announced that it was going the other way and entering car sharing. Lime is more famously known for its electric scooter and bicycle sharing programs.

Uber and Lyft both already jumped into the electric scooter and bicycle game months ago.

Everyone wants a piece of the action. And as long as that forces transportation companies to keep innovating, then it’s a win for consumers. Bring on the competition!