Check out BMW’s weak sauce attempt at an electric scooter

As an increasing number of car companies have gotten into the electric scooter market lately, we’ve seen some interesting designs. And now BMW has stepped up to the plate with their electric scooter. Unfortunately it was a swing and a miss.

BMW’s new electric scooter was born out of a partnership with Micro, creators of the Micro Scooter.

A new trend is coming to the world of electric mobility this year: e-scooters. This is the smart form of everyday transport – and the reason why BMW Lifestyle will be expanding its compact city scooter range for young and old from September 2019. The launch of the pioneering BMW E-Scooter sees the BMW Group building on its successful cooperation with Micro (inventor of the Micro Scooter) with another compelling demonstration of innovative technology and high-quality design at work.

But BMW’s new ride, creatively named “BMW E-Scooter”, has a spec sheet that won’t exactly blow you away. 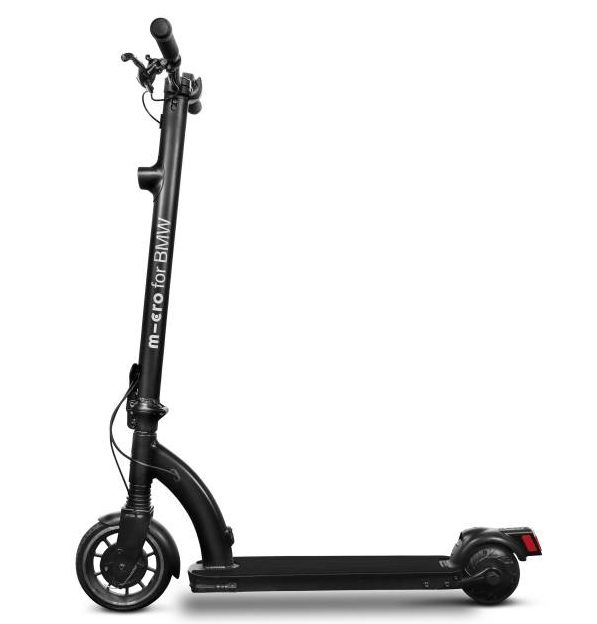 The range of the scooter is 12 km (7.5 mi). Again, this isn’t out of the ordinary for small electric scooters. I’ve ridden several with ranges like this. But those scooters cost $299.

With a low power motor of just 150 W, the BMW E-Scooter likely won’t be able to handle hills very well. Acceleration is also expected to be a “hurry up and wait” situation.

At least the battery only takes two hours to charge, so the scooter does have that going for it!

The front suspension, LED lights and folding stem are nice – but again – here’s a list of other scooters that meet or beat these specs for a much cheaper price.

I don’t want to be overly harsh on BMW here, but it does seem silly to enter the market with these specs at that price.

With so many electric scooters out there, you really have to have something different to compete these days. In this case, the only thing different about the BMW E-Scooter is its label. For the same price, I’d rather grab a crazy WideWheel scooter with 3x the power and full suspension.

It doesn’t even sound like they understand that other scooters are out there. Listen to how they describe the motor and battery:

“The 150-watt motor and lithium-ion battery slip away almost out of sight into the footplate and rear wheel, making the new E-Scooter every inch the practical everyday companion.”

Ok, so you’ve got a battery in the deck and a motor in the wheel. Cool. You know who else has that? Every other scooter manufacturer. (Alright, some scooters have the battery in the stem, but you get my point)

Here’s to hoping that we get some truly awesome scooters from car manufacturers that have the capital to invest in real improvements in the industry.