Segway is getting into the electric powersports market with its new Segway electric dirt bike. Or as the company calls it: The Segway Dirt eBike.

And it goes on sale today.

The Segway Dirt eBike was announced earlier this month at the SEMA 2019 show.

The Dirt eBike will actually be offered in two models: The Segway X160 and X260, with the main difference being the size and power of the bikes. Both models offer full suspension, off-road tires, hydraulic disc brakes, and swappable batteries.

Keep in mind that the estimated range of both the Segway X160 and X260 are calculated in low power mode. 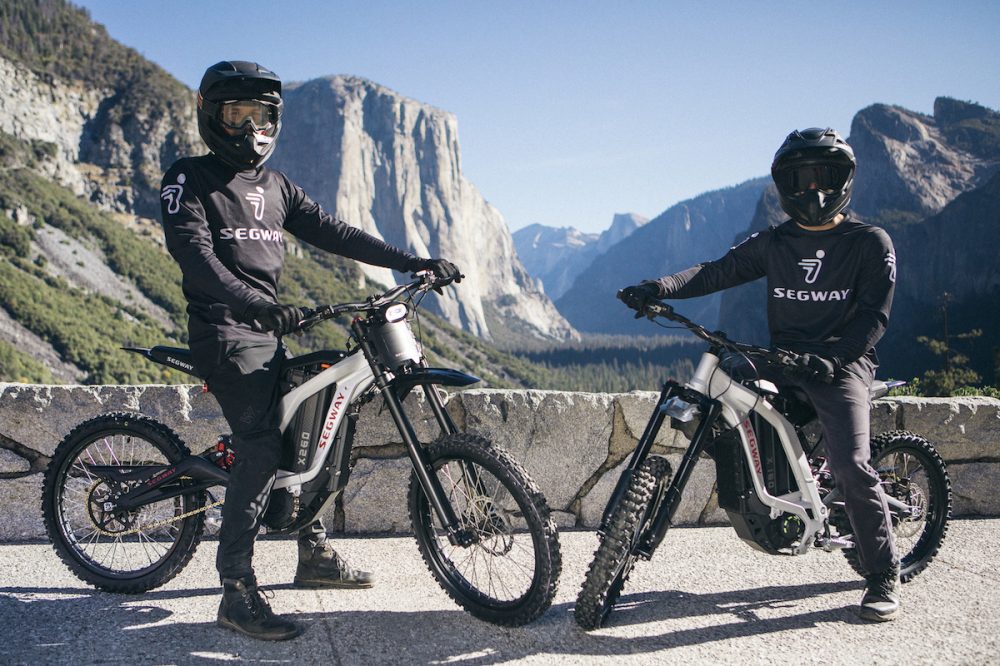 Despite the small size and weight of the Segway Dirt eBike models, they pack quite a punch. The Segway X260 can climb 100% gradients and offers as much as 184 lb-ft (250 Nm) of torque at the rear wheel. That’s thanks to a two-stage transmission with a primary belt reduction and secondary chain reduction.

The Segway eDirt bike is being marketed as a cleaner, simpler, and easier-to-maintain alternative to gas-powered dirt bikes.

If you’re familiar with electric dirt bikes and trail bikes already, then you surely know of Sur Ron. The company’s Light Bee electric trail bike was released nearly two years ago and has won wide acclaim as an affordable, capable electric bike.

And it just so happens to look almost identical to the Segway Dirt eBike. 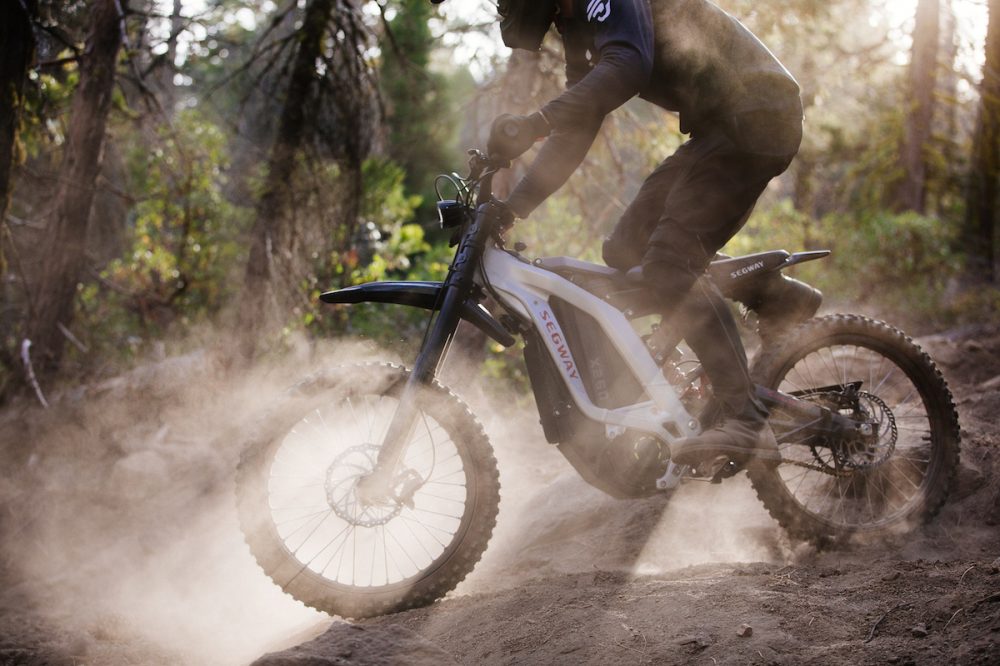 Sur Ron further clarified the relationship between the two companies:

In 2019, Sur-Ron obtained investment from Segway. With independent operation, Sur-Ron was able to carry out cross-brand product cooperation with the help of Segway’s brand channels and other resources. This is a win-win cooperation. Segway has enriched its product line at the market level. On the other hand, Sur-Ron can quickly transcend the limitations of ‘startup,’ develop into more professional fields, create a more comprehensive product matrix, and usher in its own rapid development period!

So essentially, Segway has helped Sur Ron expand its market line (which Sur Ron is apparently already succeeding at with a new 68 mph electric motorcycle coming soon) and in return, Segway gets to use its extensive retail and marketing resources to increase the scope of Sur Ron’s breakout product. Seems like a win-win to me.

If you want to grab your own Segway Dirt eBike while the price is still discounted, you can find the company’s pre-order page here.

I haven’t ridden a Segway Dirt eBike, but I’ve ridden a Sur Ron, and it’s a blast and a half. So as long as this performs like the original, you won’t be disappointed.

While the standard Indiegogo/Kickstarter/Generic Crowdfunding Site disclaimer applies (buyer beware, this is not a store, etc.), in this case, Segway is a large enough entity and has fulfilled enough crowdfunding campaigns that you’re probably not taking too much of a risk here.