While most of the impressive new EVs being debuted right now at the 2019 Geneva Motor Show are cars, there are still a few interesting two-wheelers.

But if you think ŠKODA’s new electric two-wheeler concept is an e-bike, then think again. The ŠKODA KLEMENT is part electric car, part e-bike, and part electric scooter/motorcycle all in one!

The ŠKODA KLEMENT is definitely in a class all its own.

It has bicycle-like wheels but it’s not an electric bicycle.

It has accelerator and brake pedals, but it’s definitely not a car.

It is mounted like an electric motorcycle or scooter, but those names don’t feel quite right either.

Essentially, the ŠKODA KLEMENT is an EV that is quite unlike anything that has come before it. 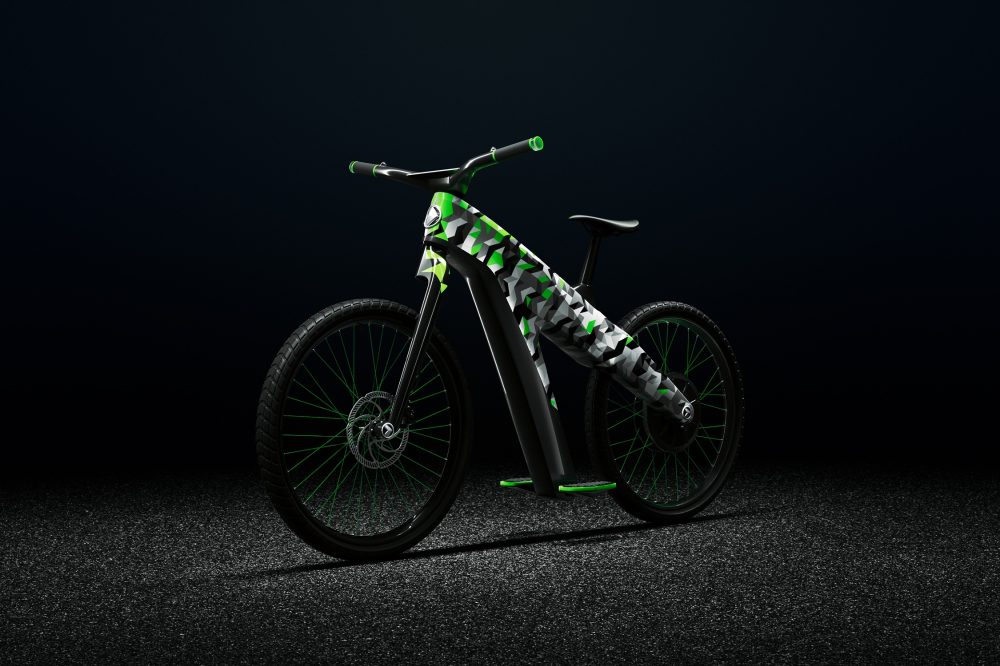 That powerful motor should provide plenty of acceleration, but the speed is limited to 45 km/h (28 mph). That’s likely to keep the ŠKODA KLEMENT legal in as many locations as possible and allow its use without a motorcycle license.

The KLEMENT features two removable batteries that add up to a combined 1.25 kWh. Together they should be sufficient for 62 km (38.5 mi) of range. 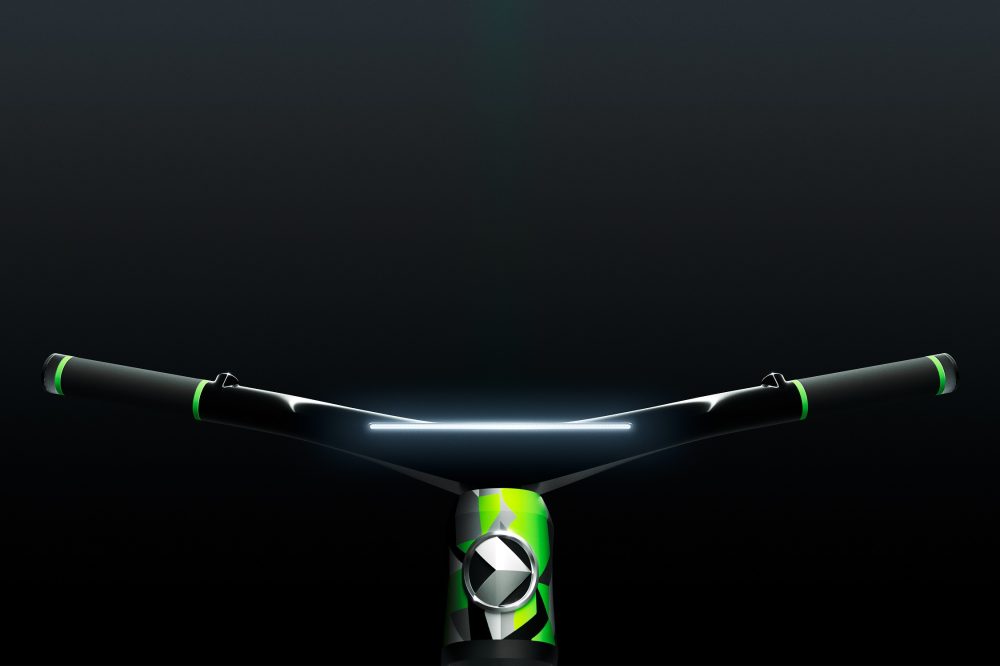 If you check the handlebars you’ll find a distinct lack of throttle or brake levers. That’s because acceleration and braking are handled by the foot pedals – errr, floorboards?

Unlike conventional pedals though, both are used to control acceleration and deceleration simultaneously. Similarly to a hoverboard or electric unicycle, the rider simply tilts the paired pedals forward to accelerate. To brake, the pedals are tilted backwards.

Braking is accomplished by a hydraulic disc brake on the front wheel and electronic ABS motor braking in the rear. LED lights are also integrated directly into the frame to increase safety while riding. 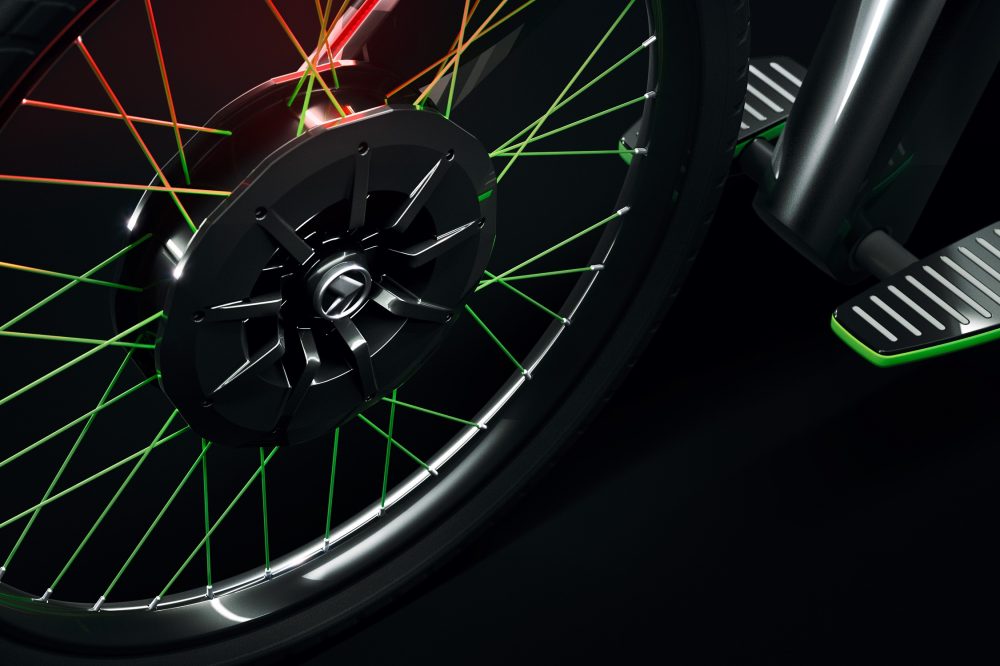 ŠKODA claims that the KLEMENT traces its roots back to the founding of the company. Over 124 years ago, ŠKODA got its start building bicycles under founders Laurin and Klement.

The company is hoping that the KLEMENT concept can help them further penetrate the micro-mobility market as well as attract younger customers.

According to Head of Product Management at ŠKODA AUTO Guido Haak:

“Micromobility is becoming increasingly important in cities. By presenting the KLEMENT at the Geneva Motor Show, we are showcasing our vision for the future of micromobility: sustainable, innovative, electric and with a pure, modern design. The KLEMENT is a state-of-the-art, dynamic and easy-to-use vehicle, and allows the ŠKODA brand to further appeal to a younger target group with a heightened sense of environmental awareness. The concept is perfectly aligned with our customers and our eMobility Strategy. We are therefore assessing whether, and how, this exciting, new mobility concept can be added to our portfolio in the future.”

While ŠKODA has been having fun with their new KLEMENT concept, they’re simultaneously preparing a new electric crossover. There are a number of other interesting EVs (most of which are more conventional four-wheeled cars) at the Geneva Motor Show. Check them out here.