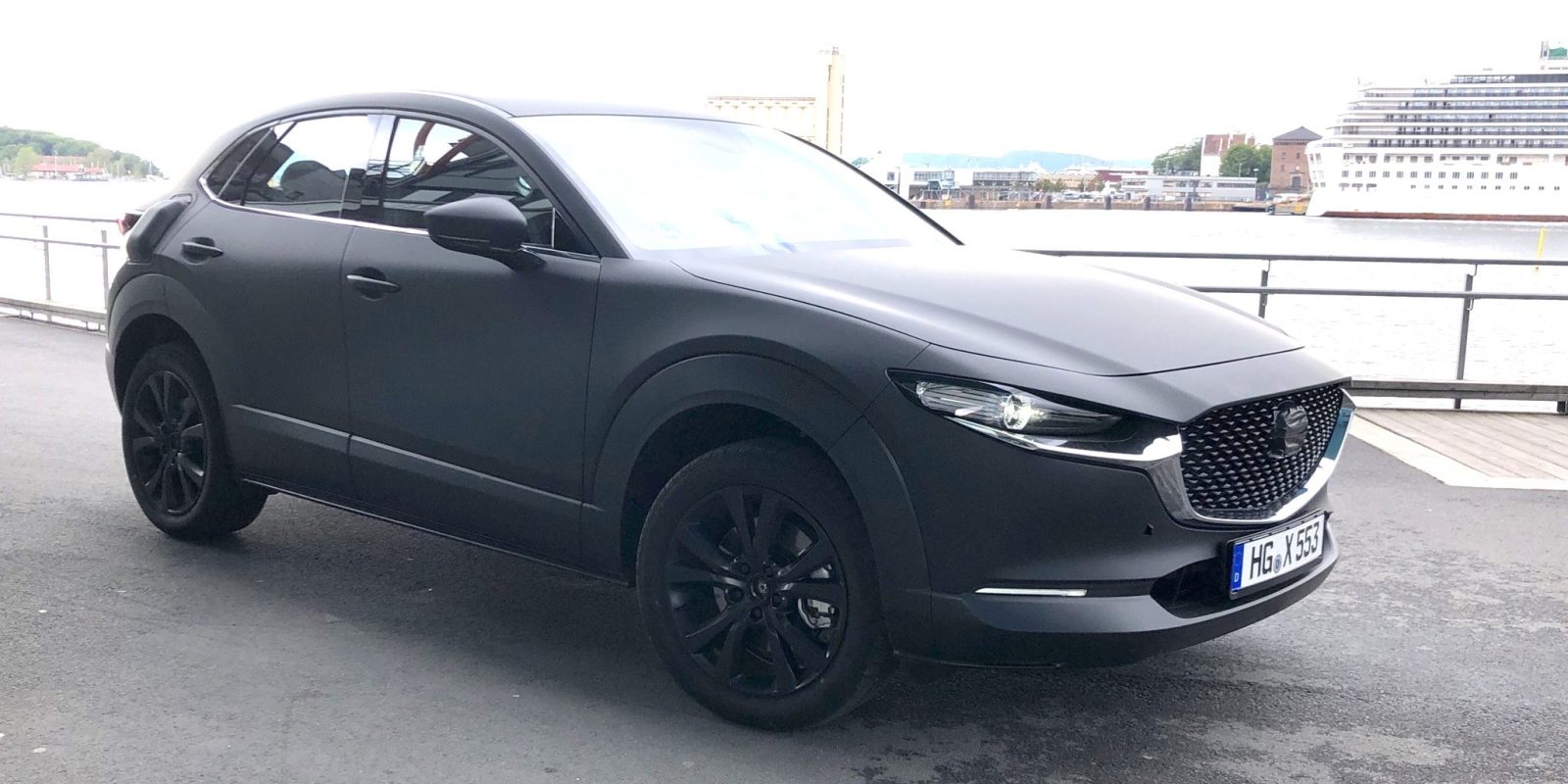 Today, Mazda confirmed that they’ll be unveiling a new EV at the Tokyo Motor Show next month, according to Automotive News.

Mazda has been prepping a new EV, with prototypes recently spotted testing in a “CX”-style crossover body.  But Mazda says that this new EV will be a “brand new model,” rather than using the CX-30 body that has been spotted on prototypes.

Specs are light so far, as one would expect out of a car that has not yet been unveiled and only spotted in camouflaged prototype form.  While Mazda has not announced a release date, previous statements suggest that Mazda’s first EV will hit the road in 2020.

While this car will be a “brand new model,” Mazda plans to offer both full EV and plug-in hybrid models in the North America.

The prototype’s electric powertrain includes a 35.5kWh battery.  It can deliver 105kW (142hp) of power and 264Nm (195 lb-ft) of torque. We don’t yet know what charging options will be available or what range the car will have.  It will likely be somewhere around 120-140 miles with a battery that size.

These numbers are on the low end of the current EV market – a base Nissan Leaf has 147hp and 40kWh battery for 151 miles of range.  Other “crossover-style” entries into the market, like the Chevy Bolt and Kia Niro/Hyundai Kona (and Nissan Leaf Plus), have even larger batteries and more power.

Mazda has previously said that their first EV would be positioned between a CX-5 and CX-3, which puts it very much in line with the size of the aforementioned vehicles.

This is a popular car segment in the US right now, and while the first generation of electric cars were mainly “small hatchbacks,” we’re seeing a lot of new EVs in the “crossover” space.

Some new electric hatchbacks are coming out as well, with the Honda E and Mini Cooper SE having similar battery/power specs, but EU-focused cars like the Renault Zoe, Peugeot e-208 and Opel Corsa-e all have significantly bigger (~50kWh) batteries for 200+ miles of range.

These hatchbacks are relevant here because the former smaller-battery vehicles are being offered at similar prices as the latter larger-battery vehicles, which may be a difficult sell.  Mazda could fall into the same trap if they price their car too high.  It will probably need to be priced closer to the price of a base Leaf (~$30,000 before incentives), rather than the price of a Chevy Bolt (~$37,000 before incentives).  Or offer something very compelling that Kia, Hyundai, and Chevy cannot.  We’ll find out next month at the Tokyo Motor Show.

We at Electrek have been critical of Mazda’s electrification strategy (or lack thereof) before.  Currently, they have no EVs or plug-in hybrids, either on the road or officially announced for the future, and in the past, they have shown derision when talking about the idea of electrification.

At first, they were only talking about EVs as a matter of compliance with ZEV regulations, planning on an eventual 2019 launch.  And in 2017, we wrote about Robert Davis, Mazda’s VP of North American operations, who seemed incredibly ignorant of the state of electric cars.

But they do seem to at least be coming around to the inevitability of electric propulsion.  They established a joint venture with Toyota to explore EVs (though Toyota themselves are pretty far behind), and as mentioned above stated that their first EV will hit the road next year (a pushback from the original 2019 plan).

This new model won’t be part of the Toyota partnership though, and has been engineered by Mazda themselves.  More plug-in hybrid models will be added to Mazda’s lineup in 2021 and 2022.

Mazda is one of the smaller automakers out there, so one of their excuses has long been that they don’t have the resources to develop new powertrains.

But another small automaker – Tesla – was able to develop electric powertrains when they were much smaller than Mazda, and ended up changing the industry as a result.  So we don’t really consider this an appropriate excuse.  Particularly given that Mazda has spent plenty of resources over the years pursuing a unique powertrain – the rotary engine.  Surely they can find some time to spare for the much simpler technology of electric motors.

If Mazda is ready to take EVs seriously, though, we welcome them into the fold.  Mazda has always been able to make fun, sporty cars, which electric drive can certainly help them with.  And being a smaller manufacturer can be a benefit, in that they can be more nimble at getting new ideas to the road quickly without having to steer a massive organization around huge changes in strategy.

We’re a bit disappointed that this is a multi-powertrain models, as they typically fare worse than cars engineered from the ground up to be fully electric.  But it sounds like it will be more like the well-made BMW i3 in terms of powertrain strategy (focusing on BEV with a “range extender”), rather than the EV-as-an-anemic-afterthought Honda Clarity.

And as car journalists, we were hoping that Mazda’s electrification efforts would end up targeting the MX-5 Miata.  But realistically, that space sells very few cars, mostly in Southern California where the draw of cruising Pacific Coast Highway with the top down is quite alluring.  So it was always going to be a crossover or some other “safe” bet.  Ho hum.

So we’re excited to see Mazda finally getting into the fray, and hopefully making a serious effort of it.  But we still want that electric Miata.  Zoom zoom zoom!