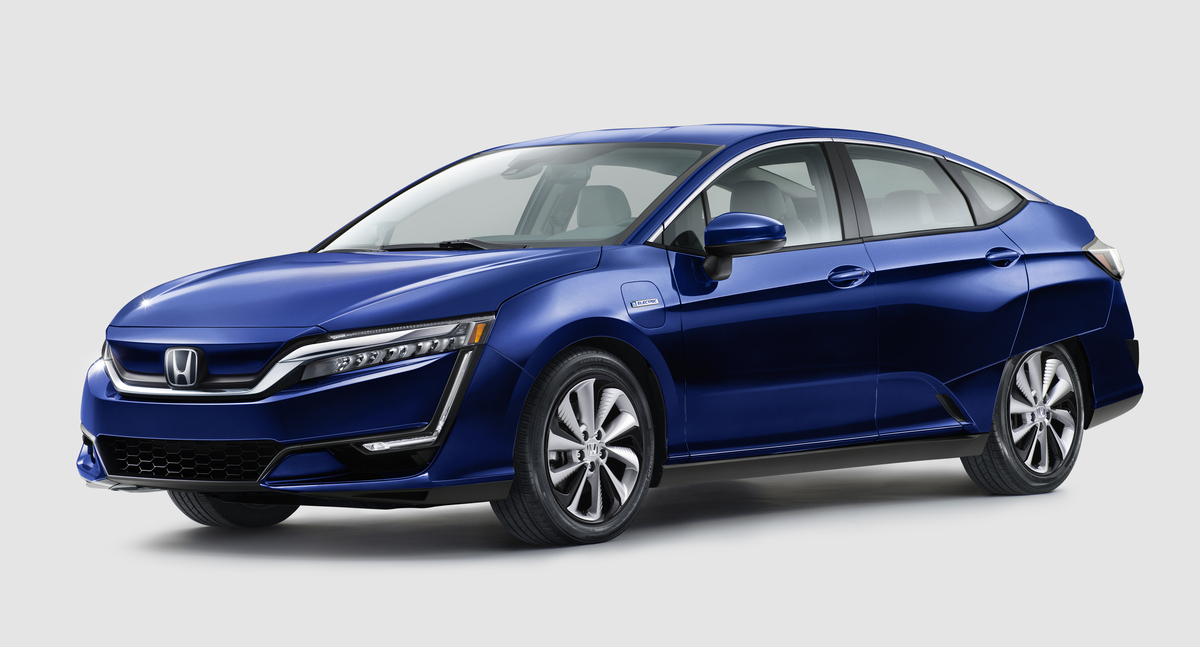 Honda held a test drive event this weekend for the all-electric version of their Clarity vehicle platform, and we learned answers to several of the hanging questions about the vehicle.

The range, which we recently reported would be around 80 miles, will actually be a bit higher-than-expected at 89 miles.  The car also comes with DC charging standard.  This isn’t so bad compared to many other EVs on the market, but in a world where the Bolt EV and Model 3 exist, this range spec is starting to look a little dated.  Even worse, the price is higher than other “near-100-mile” EVs, with a factory lease price of $269/mo, $1,999 down (including first month’s payment), though a very generous 20,000 miles per year.

The Clarity EV will be available as a compliance vehicle in California and Oregon, in “select dealerships” starting August 1st.  With a price/feature package like this, though, it might be dead on arrival, especially compared to what else is available these days.  Check below the break for why.

The Clarity EV is capable of level 1, 2 and 3 charging.  On level 1, a standard 120v outlet, a full battery charge will take about 19 hours.  On level 2, which is the recommended home charging mode, a full charge will take about 3 hours.  On level 3 DC charging, you’ll be able to reach 80% in about 30 minutes.  The level 3 charger uses the SAE CCS port which is used by the Ioniq and Bolt EV, rather than the CHAdeMO port which is used by Kia and Nissan.  This is a bit of a surprise, as Asian automakers have traditionally used the CHAdeMO port (with Hyundai being the first departure from this with the Ioniq), and there are many CHAdeMO chargers in Honda’s home nation of Japan.

The battery is in the rear of the car, taking up room which would otherwise be extra trunk space.  There is a lot of empty space under the hood, belying the fact that this is a car which shares a platform with other drive configurations, and wasn’t designed around being all-electric (else they could have several more cubic feet of storage space in a “frunk”, had Honda designed the car around that idea).

With a 25.5kWh battery pack, it looks like the Clarity EV is capable of quick charging at a 40-50kW rate.  This is better than nothing and it’s good that DC charging is included, but the rate seems low when compared to the Hyundai Ioniq EV‘s 100kW capability (albeit only for about 15 minutes before the battery fills up too much and needs to throttle charging rates).  Given the Hyundai’s higher efficiency and higher charge rate, it will have many more “miles added per time spent charging,” which means less time spent at the quick charger if you decide to stretch your car on a trip.

For their part, Honda is happy with the range number because they wanted to “differentiate” the EV from other vehicles in the Clarity line.  The EV version of the car is “a niche car for a niche customer.”  For those customers who do not need long range, they wanted to offer a battery which is properly sized for their needs.  While I’m sympathetic to this reasoning as I often would like the option to buy smaller battery packs in exchange for money/weight savings on the vehicle (I’m looking at you, Tesla…a Roadster with ~300lbs less battery weight would handle so well…), Honda’s price is too high to make up for their relatively low-spec car.

For comparison, Hyundai’s recent “multiple drivetrains on one platform” entry, the Ioniq EV, offers more range, the most efficient car ever sold in the US (Ioniq EV gets 136mpge vs. Clarity’s 114mpge), faster DC quick charging, and an “unlimited subscription package” which includes unlimited mileage, free maintenance even on wear items (tires etc.), no license fees, and even a reimbursement for charging costs.  All of this is available at $275/mo, just $6/mo more than the Clarity but with what seems like a much better value proposition.  Even the Clarity’s generous 20k miles/yr doesn’t compete with the Hyundai’s unlimited mileage.

The Bolt EV, which has a higher lease price than both, also seems to offer a better package for the price.  Factory lease deals are $329/mo but some dealers will beat that, and for that price you get a much more capable car, purpose-built EV which is speedy and fun – we loved it in our review.  And given the many other EVs with ~90 mile range which are available for purchase or with significantly better lease deals than the Clarity, all of which have been on the roads for years, Honda seems late to the party with this one.

It is also troubling to offer a car as “a niche car for a niche customer.”  We’ve had plenty of experience with car companies refusing to sell EVs seriously, either positioning them as geographically-limited “compliance cars” or with dealerships veering customers away from full EVs.

Honda seems to have shamelessly positioned the Clarity EV as a compliance car, as it will only be available in two states, and only via a lease – similar to their past effort, the Fit EV, and recalling shades of the GM EV1 to longtime EV fans (see “Who Killed the Electric Car?” for more on how GM killed their EV program, took back leased EVs and crushed them, which then inspired Tesla’s founding).  This was a common tactic for many years among companies who just wanted ZEV credits so they could continue to sell gas guzzlers in California, but it seemed like the industry might be starting to move away from that direction with some more serious, nationwide entrants like the Bolt EV.

So, Honda’s Clarity EV might fill a niche, but it seems like that niche could be “people buying a car three or four years ago when these specs might have been seen as average and who don’t mind paying a premium for some reason.”  It’s 2017, Honda.  The Bolt, Ioniq and Model 3 exist (or at least it will by September).  You can do better than this.

*Article updated to include information from Honda’s official press release.