Not just electric power tools, anymore! Greenworks has taken to CES 2023 to unveil over a dozen new products spanning a wide range of home and outdoor categories, from video doorbells to electric mobility and even AI-controlled robotic lawn mowers.

END_OF_DOCUMENT_TOKEN_TO_BE_REPLACED

Portable power stations are the 21st century gear that I wish I’ve had for my entire life. With the advent of lighter and smaller lithium-ion batteries combined with small-scale AC inverters, we can finally bring a wall outlet with us wherever we go. And while Electrek has tested plenty of options for North American users, what about all the Europeans out there?

END_OF_DOCUMENT_TOKEN_TO_BE_REPLACED

Check out these scary good Halloween deals on BLUETTI portable power stations up to $3,900 off

Portable power station manufacturer BLUETTI has announced a slew of new deals available for a limited time this Halloween. When things go bump in the night this fall, be sure you have enough power for all of your devices by utilizing BLUETTI’s battery and solar bundles, including a special pumpkin tone EB55 portable power station.

END_OF_DOCUMENT_TOKEN_TO_BE_REPLACED

Hands-on: Here are 9 iPad travel accessories to supercharge your trips

EcoFlow DELTA Max offers up to 6,048 Wh of stored power to fulfill all your energy needs

Portable Power and Renewable Energy Solutions company EcoFlow has shared details of the newest member of its DELTA product line, complete with modular expandable storage capacity and other new features. EcoFlow’s arsenal of power stations and solar panels has already established the brand as a major player in energy on the go, and its new EcoFlow DELTA Max will push customer’s capabilities when it becomes available for order in late September.

END_OF_DOCUMENT_TOKEN_TO_BE_REPLACED

Bluetti, makers of battery backup systems both large and small, have announced its modular take on the home battery backup. With the Tesla Powerwall only available to solar roof customers (and backorders up the wazoo), many are dipping their toes into vehicle or home backup systems from the likes of Bluetti.

END_OF_DOCUMENT_TOKEN_TO_BE_REPLACED

It looks like Tesla is about to change the battery game – this time by installing more energy storage capacity in 2016 with SolarCity alone than all of the USA installed in 2015. In a recent filing with the SEC, it was found that Tesla foresees an almost 10X increase in sales to SolarCity for behind the meter storage.

According to an analysis by GTM’s Ravi Manghan this revenue projection means Tesla expects to install approximately 116 MWh of behind the meter storage. In all of 2015, the United States installed about 76 MWh of behind the meter. Starting from a very low base, SolarCity and Tesla Energy doubled their battery installation volume last year. These were small installations at test locations for special customers, but that wall of ‘start up’ is already starting to fall. END_OF_DOCUMENT_TOKEN_TO_BE_REPLACED

The Palo Alto-based company has been assembling an impressive team around its stationary energy storage products, and even transferred several key players from its core business to lead the initiative, which goes a long way to show how Tesla sees its energy division as an integral part of its business going forward. END_OF_DOCUMENT_TOKEN_TO_BE_REPLACED

Just a week after the first Tesla Powerwall for residential use in Australia has reportedly been installed in a Sydney suburb, it’s now the UK’s turn to get its first Tesla home battery pack. Homeowner Mark Kerr has become the first British Tesla Powerwall owner after a SolarPlant engineer installed the system at his home in Wales. END_OF_DOCUMENT_TOKEN_TO_BE_REPLACED

How to install a Tesla Powerwall [step by step instructions] 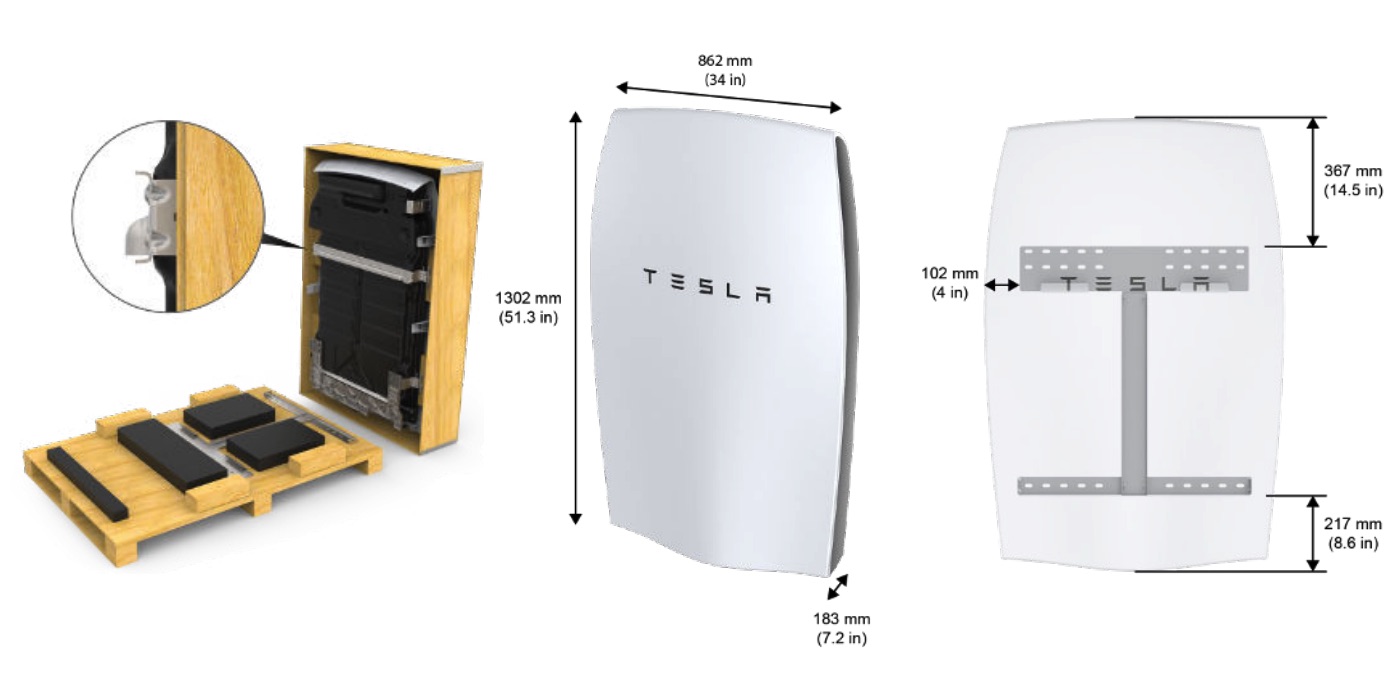 Tesla clearly states that the installation of a Powerwall requires knowledge of high voltage electricity and should only be executed by Tesla Energy Certified installers, but for the sake of sharing the information, here’s the step by step instructions to install the Powerwall as well as its user manual. END_OF_DOCUMENT_TOKEN_TO_BE_REPLACED

ChromeOS is getting Microsoft 365 and OneDrive integration 'later this year'