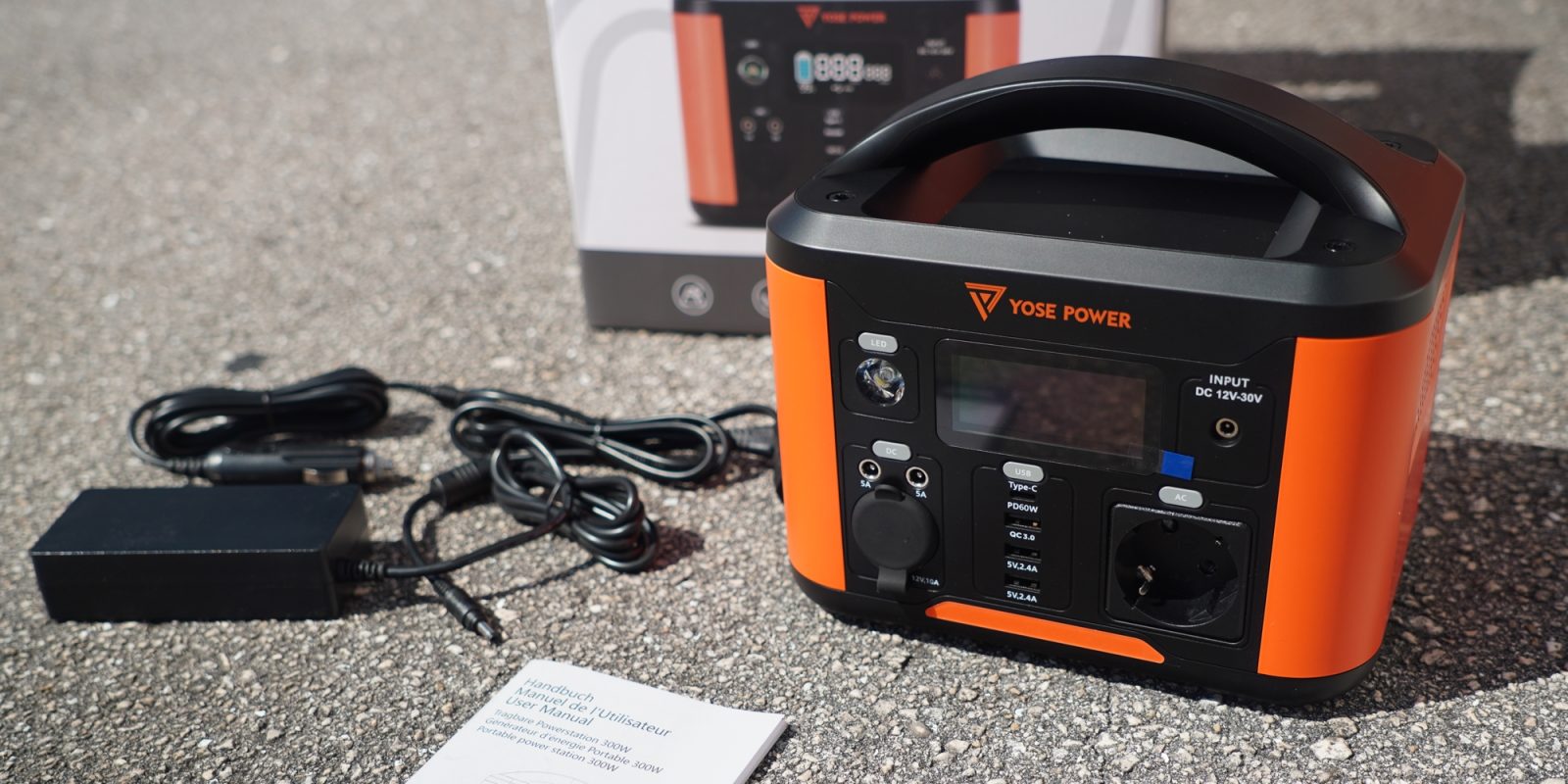 Portable power stations are the 21st century gear that I wish I’ve had for my entire life. With the advent of lighter and smaller lithium-ion batteries combined with small-scale AC inverters, we can finally bring a wall outlet with us wherever we go. And while Electrek has tested plenty of options for North American users, what about all the Europeans out there?

The Yose Power 388Wh portable power station looks like many of the other “take with you anywhere” batteries I’ve seen before.

It comes with all the plugs you’d expect, including an AC wall charger as well as a 12V accessory outlet plug for charging it from your car, plus the user manual. There’s no cable for a solar panel, but the company has a folding 60W solar panel as well (that comes with its own cable) if you want to charge your battery station from the sun.

You’ll also notice the top of the unit is indented with a little bowl on top. I’m not sure what it’s actually for, but I found it useful for temporarily holding random items or short charging cords, which was kind of a neat feature. It also means the handle can be shorter and take up less room on top of the unit.

The screen itself is bright and easy to read (once you press a button to wake it up) and uses large, clear numbers and graphics.

The front of the 3.5 kg (7.7 lb) unit houses all of the ports, which is convenient for any time you’re using it up against a wall to keep it out of the way. Some units have ports spread around them, which can be annoying when you’ve got many things plugged into it.

You get a whole smattering of USB ports, with three of the USB-A ports and a single USB-C PD port that would be great for charging a laptop or other slightly more power-hungry devices.

For smaller USB devices like my cameras, the main USB-A ports were sufficient.

The LED light also turns the unit into the world’s longest-lasting flashlight, and would be great for emergencies. You can even set the LED light to blink out SOS in Morse code.

There’s nothing more annoying than being in an emergency situation and having to manually blink out those dots and dashes, amiright?

With a 300W inverter, the AC power is useful for larger devices than just cameras or computers.

My MacBook charger tops out at 65W, but my electric ridables use higher power chargers, and so a battery bank like this is a great way to top them up while I’m in the field.

An electric skateboard doesn’t have much room for big batteries, meaning rides can often get cut shorter than I’d like. But keeping the Yose Power battery within reach meant I could recharge during a lunch break even when there was no outlet in sight.

I also like how the unit has a battery life estimator to tell you how long it can keep running based on whatever it is plugged into and powering.

That’s a nice feature that I found handy when I’d leave the unit running. I knew I could swing back by in a certain amount of time to retrieve the unit once it had unloaded its remaining charge into whatever device I had it draining into that the moment.

While I didn’t test out the solar charging capability of the unit, I’m sure that would add even more utility.

Being able to top it up with energy from the sun isn’t just about screwing the electric company – it means serious utility when you’re off-grid. A 60W solar panel could easily charge this thing up entirely with a day of decent sunlight.

For a small device packing 388 Wh of capacity and a pretty darn fair price of just €249, it definitely lives up to its specs and offers that irreplaceable off-grid power functionality that I’ve long wanted. Plus they also offer it on AliExpress, Amazon DE and Amazon UK.

Oh, and if you happen to live in the UK, they’ve even got one with your funky plug too!