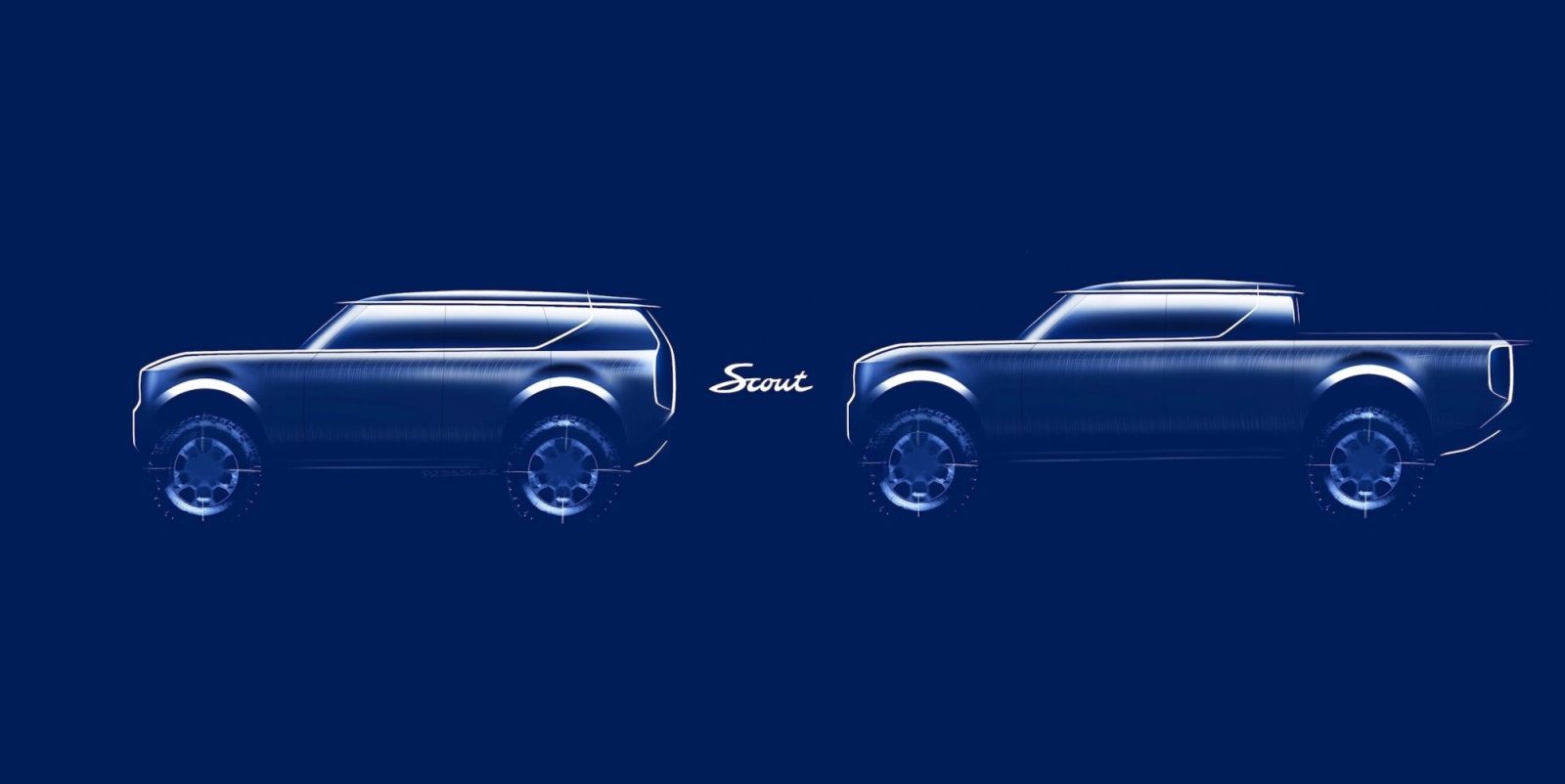 VW’s advisory board is expected to approve a proposal tomorrow to spin off a new EV company centered around off-road vehicles, as reported by the Wall Street Journal and TechCrunch.

The company will resurrect the classic nameplate from the International Harvester Scout, a Jeep-like off-road vehicle from the ’60s and ’70s, and fill a similar niche as the Rivian R1T as an electric competitor to off-road enthusiast trucks like the Ford Raptor, Jeep Gladiator, and the like, but at a lower price point than the Rivian.

Rumors surfaced last year that VW was thinking about bringing back the Scout brand (which they just gained rights in in 2021) to help them tackle the US market, where SUVs are popular and VW has historically underperformed. VW America boss Johan de Nysschen stated that he’d like to see something similar to the Rivian, but “at a $40,000 price point instead of $70,000” – though the stated price point came before many of the inflation and supply challenges that have hit the EV market this year.

Now unnamed sources within VW have said that the plan seems to be going forward. If approved, the plan would bring Scout SUVs and trucks to market in the US 2026, with an eventual target of 250,000 unit sales per year. There are currently no plans to bring the Scout to market elsewhere, though those decisions could be made in the future.

This is later than many other entrants in the burgeoning EV truck market, which are largely hitting the road around this year. Rivian’s R1T has been out for a few months, the GMC Hummer EV is just trickling out into the public’s hands, and the Ford F-150 Lightning is shipping imminently.

But the F-150 is targeted more as a full-size work truck than an off-road truck, and the Hummer is entirely excessive and somewhat in a class of its own. So Rivian is the closest analogue to VW’s upcoming Scout – and concept drawings shared with TechCrunch by an anonymous source within VW show a striking similarity to Rivian’s vehicles, particularly the R1T:

The Scout brand will be spun off into its own company with up to $1 billion in initial investment from VW, with more to follow from outside investors, and could even potentially be listed as its own stock, according to the WSJ. Presumably this funding would involve the need for new manufacturing facilities, as rather than sharing a platform with VW’s other EVs, the Scout would have its own platform dedicated to off-roading and higher ground clearance. VW currently uses the MEB platform for its new electric vehicles, but the Scout would mark a departure from that platform.

Update: VW board has voted on and confirmed the plan to bring Scout to the US.

Currently, Rivian occupies a pretty unique space among electric vehicles. While some other EVs can be used in light off-road situations, the Rivian is a truly capable vehicle that competes with and beats competitor gas trucks in many off-road (and on-road) tasks. That’s why Electrek picked it as our 2021 Vehicle of the Year.

So there is room for the Scout to come in and occupy a similar niche at a lower price point – or even to possibly beat Rivian at their game. But we have years between now and then, so surely the market will develop more by the time VW comes around in 2026 (for example, with the Kia EV9 in 2023, Chevy Silverado EV in 2024, or the Tesla Cybertruck in 20-who-the-heck-knows).

Especially given the strength of the US SUV market. Despite extremely high gas prices, Americans seemingly aren’t interested in shaking their addiction to larger personal vehicles, and VW has not generally shined in this sector. So this is new territory for them, and a large addressable market which they have so far not tapped. Plus, if people are going to keep buying large inefficient vehicles, the least we can do is make them electric.

I will say that I continue to be somewhat skeptical of the way that the auto industry brands their EV efforts. While Voltswagen and their CEO Herbert Diess have clearly shown more interest in EVs than most of the industry, there is still an element of detachment in the way they separate some EV brands from gas brands.

“Normal” cars get “normal” model names like Tiguan and Passat, whereas EVs get weird names and sub-brands like “ID.4” and “ID. CROZZ.” Weird names can be confusing or off-putting to consumers, though collecting them into a sub-brand can help add clarity about EV models. At the very least, though, sub-brands show that companies are separating their “main” brands, the ones they still make 92% of their sales from, from the upstart electric models.

VW Group has been one of the few to give a “real” model name to one of its EVs, with the Porsche Taycan. And some other companies are resurrecting or co-opting old nameplates for their new EVs – such as Ford with the Mustang Mach-E and GM with the Hummer EV. The Scout will fit somewhere in the middle of this spectrum – a real, normal model name (yay!), resurrecting an old brand… though still separated from the “main” VW brand into its own separate and seemingly largely independent company.

I’m not sure if I prefer the separation into a new company or not. On the one hand, they can be free to focus their design and engineering efforts on making EVs and EVs alone, but on the other hand, I would like those design efforts to influence the rest of VW and drag the entire company over to EVs faster than their stated timelines. The idea to look for outside funding could be an attempt to capitalize on a hot IPO market – except the hot IPO market isn’t so hot anymore this year, so VW may have missed that opportunity which they could have gotten with faster action.

Either way, we need companies to take EVs seriously, and do it quickly, and stop building gas cars as soon as possible, so we’re not spending the next half-century living with (or dying from) pollution produced by gas cars that are just entering the design process today.

So, as usual, we hope this new effort is successful – and that VW doesn’t wait for its success to convert the rest of their production to EV as soon as possible.

What do you think about the new Scout EV, and about VW forming a new company to make it? Let us know in the comments below