Kia’s turn: Hyundai’s counterpart expects 14 BEV models by 2027 including two pickup trucks and plans to be #1 purpose-built vehicle provider by 2030 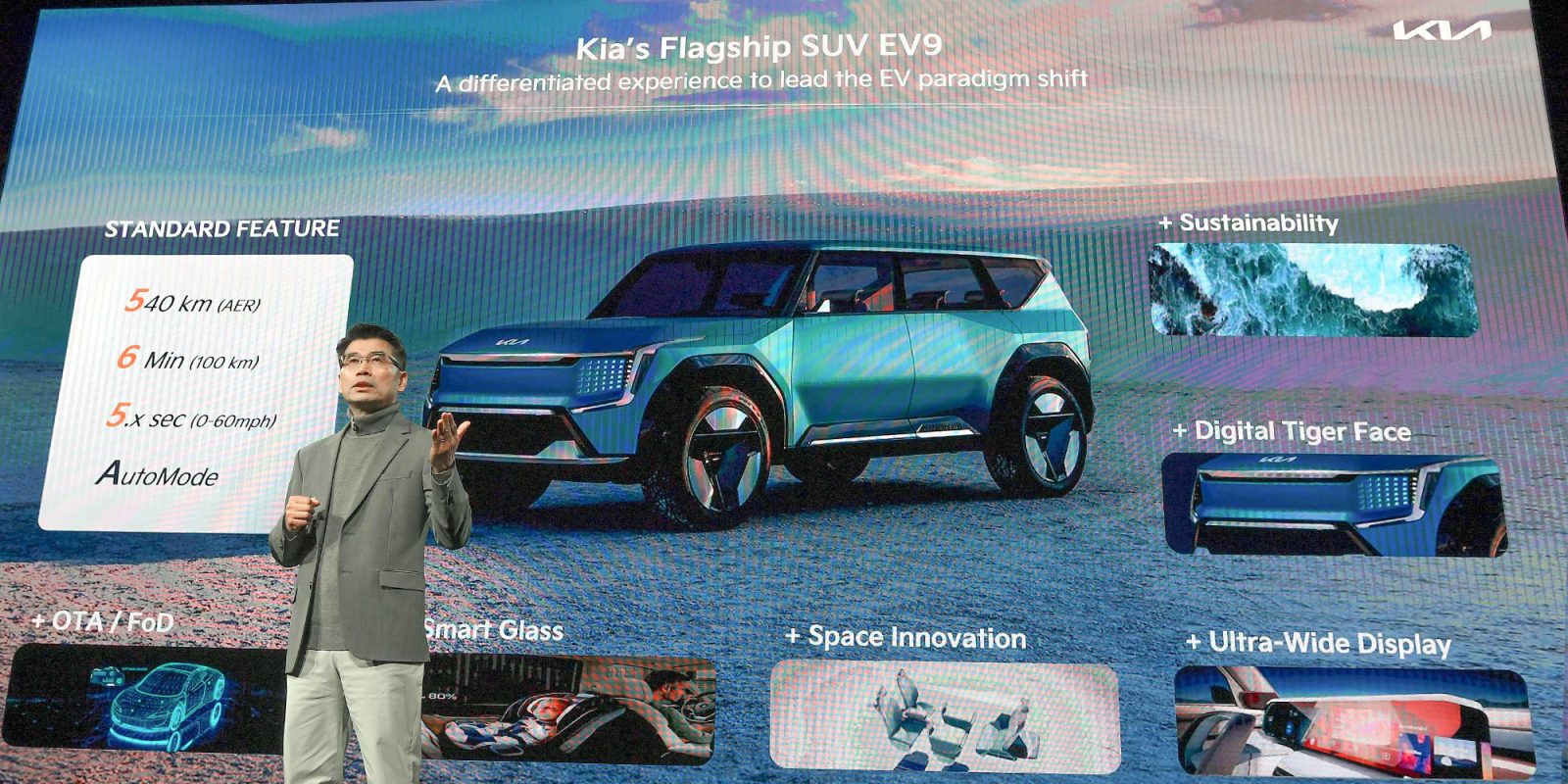 Kia Corporation has followed parent company, Hyundai Motor Group, by delivering its own Investor Day virtual event, outlining its roadmap to further sustainability by 2030. The strategy includes 14 BEV models in the Kia lineup by 2027, as well as an expectation of 1.2 million BEV sales annually by 2030. Additionally, Kia will deliver its own dedicated purpose-built vehicles starting in 2025.

Kia Corporation is the second largest automobile manufacturer in South Korea behind Hyundai Motor Group, which owns a minority stake.

Yesterday, its parent company held a 2022 Investor Day virtual event, outlining the Group’s further investments into electrification and news of 17 new BEV models to arrive through Hyundai and Genesis by 2030.

However, yesterday’s presentation had no mention of Kia, which was a bit surprising given that the companies usually operate somewhat collectively, especially in terms of electrification strategies.

Following a virtual Investor Day event today, we now know Kia has its own 2030 strategy to share. One that is focused on increased sales, new BEV models, and entry into delivery vehicles.

The virtual event was recapped in a press release provided by Kia, outlining its strategy for the rest of the decade to become a sustainable mobility solutions provider.

The details outlined today are an extension of Kia’s “Plan S” strategy that it introduced in 2020. Since that announcement, Kia has established itself as a global electric vehicle (EV) brand with models like the Niro EV and new EV6. All while recording its highest ever gross revenue and operating profit in 2021.

Kia’s President and CEO, Ho Sung Song, explained how the automaker hopes to continue this electrified momentum through 2030. Here are some key announcements:

New BEV models from Kia every year, including electric pickups

Kia plans to launch at least two BEV models per year beginning in 2023, striving toward a complete lineup of 14 BEVs by 2027. Kia’s previous plan was to deliver 11 models by 2026, but will now add two electric pickup trucks. One will be a dedicated “strategic model” for emerging markets, the other an entry-level BEV.

Kia expects these new EV models to significantly contribute to its overall sales, beginning with an anticipated 160,000 BEV sales this year. By 2026, Kia is aiming to sell 807,000 units, followed by 1.2 million in 2030. Compared to its Investor Day last year, Kia is projecting a 36% increase to its 2030 EV sales targets.

Looking ahead, Kia shared that it is also focused on expanding high performance versions of its models. Beginning with the high performance EV6 GT, the Korean automaker will expand the GT lineup to all Kia BEV models.

To support this slew of BEVs in its pipeline, Kia is investing in its battery technology to support the growing demand. In fact, Kia expects this demand to increase from 13 GWh to 119 GWh in 2030 due to increasing EV sales.

In addition to garnering batteries from an Indonesian joint venture, Kia said it will continue to outsource cells to global battery manufacturers. Kia also said it plans to increase battery energy density by 50% by the end of the decade and reduce system costs by 40%.

By 2026, all new Kia models launched in major markets will come available with the AutoMode autonomous technology. Looking ahead, the automaker is prepared for further OTA updates to its AutoMode technology with the goal of implementing fully-autonomous driving.

Kia as a “global leader” in purpose-built vehicle models?

Kia isn’t currently a brand that comes to mind when we think of delivery and logistics vehicles, but then again, we wouldn’t consider them an electric pickup brand either. However, that’s all changing.

One of the most interesting surprises to come out of Kia’s latest CEO Investor Day, is its keen focus on PBVs and its goal to become the #1 global provider of them by 2030. Here’s an excerpt of Kia’s strategy:

The ultimate purpose of a PBV is to provide specialized vehicles to customers based on their specific needs. To this end, Kia plans to establish a dedicated PBV communication channel that can quickly and accurately respond to customer requirements. Kia also aims to establish an integrated data platform to provide customized services and solutions according to the diverse business models of its PBV customers, across areas such as vehicle charging, maintenance and management.

Kia’s initial PBV models will be established off current “eco-friendly” models like the Niro Plus later this year. In the mid- to long-term, however, Kia plans to develop dedicated PBVs on a flat, skateboard EV platform, allowing for modularity to meet customer needs.

Kia’s first dedicated PBV will be a medium-size EV, expected to arrive in 2025. It will come equipped with OTA update capabilities, as well as autonomous functions to reduce operating costs for future fleet customers.

As the demand for PBVs grows, Kia expects to expand along with it, graduating from micro, to large vehicles that can potentially be used for public transportation or even mobile offices.

As Kia moves forward with electrification, it expects operating profits from all its eco-friendly models (hybrids, PHEVs, BEVs) to reach 52% by 2026, eclipsing sales of its internal combustion engine models.

Over the next five years, Kia will invest a total of KRW 28 trillion (~$23 billion) in business operations, up KRW five trillion from the previous plan. Check out the full CEO Investor Day presentation below:

The Niro EV is a crossover electric vehicle from Kia that gets an estimated 238 miles per charge. The starting price is $38,500.