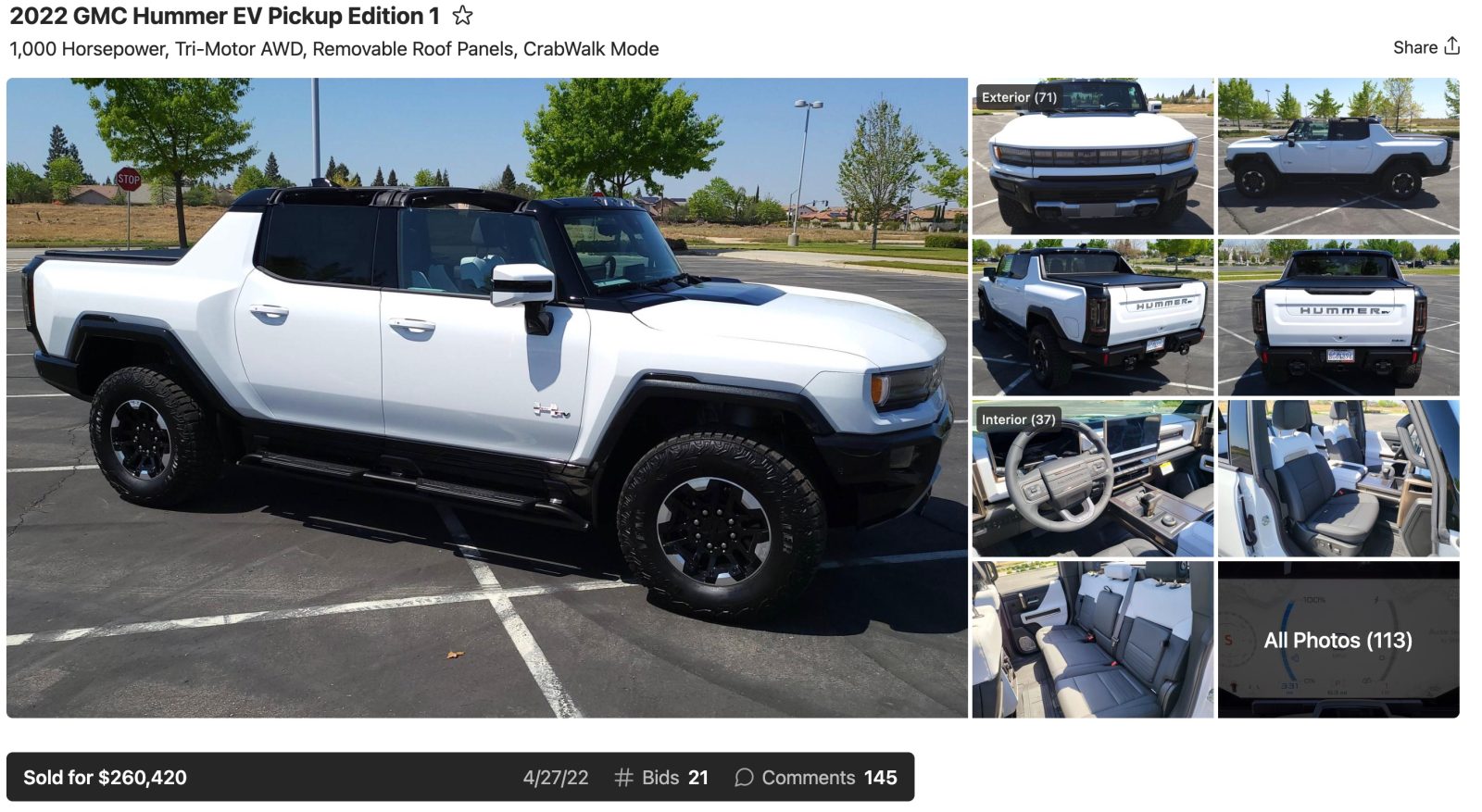 The GMC Hummer EV pickup is hitting the sweet spot of hype and scarcity that is sending the price of new units in auction surging to now over $250,000 per truck.

Even those already in production, like the Rivian R1T and Ford F-150 Lightning have enough pre-orders to cover their respective production ramps for the next year. Then you have vehicles like the Cybertruck that supposedly already has over 1 million reservations.

The GMC Hummer EV wasn’t expected to be as popular due to its price, which starts at $80,000, but that’s for an upcoming base version that won’t come to market until 2024. Right now, it starts at $112,000 for the current version in production.

Despite its pricing, the Hummer EV is attracting a ton of demand.

Combined all that demand with the fact that GM is only slowly ramping up production having delivered only 99 units of the Hummer EV during Q1 2022, and you are starting to get bidding wars sending prices surging.

With only a few units available, yesterday April 27, two units of the Hummer EV pickup sold for more than $250,000 each on the same day.

Several people witnessed a GMC Hummer EV going for over $250,000 at a dealer action in Texas:

Considering it’s a dealer auction, the goal here is also to likely sell the vehicle again for an even higher price.

At the same time, an auction ended on Cars and Bids for a brand-new Hummer EV with the winning bid taking the electric pickup truck for $260,420:

The Hummer EV Edition 1 had a sticker price of $112,595 and had only 85 miles on the odometer, which would indicate that it was quickly flipped through the auction.

There’s currently another Hummer EV up for auction on eBay, and it is currently going for $185,000 with three bids and three days left to the auction.