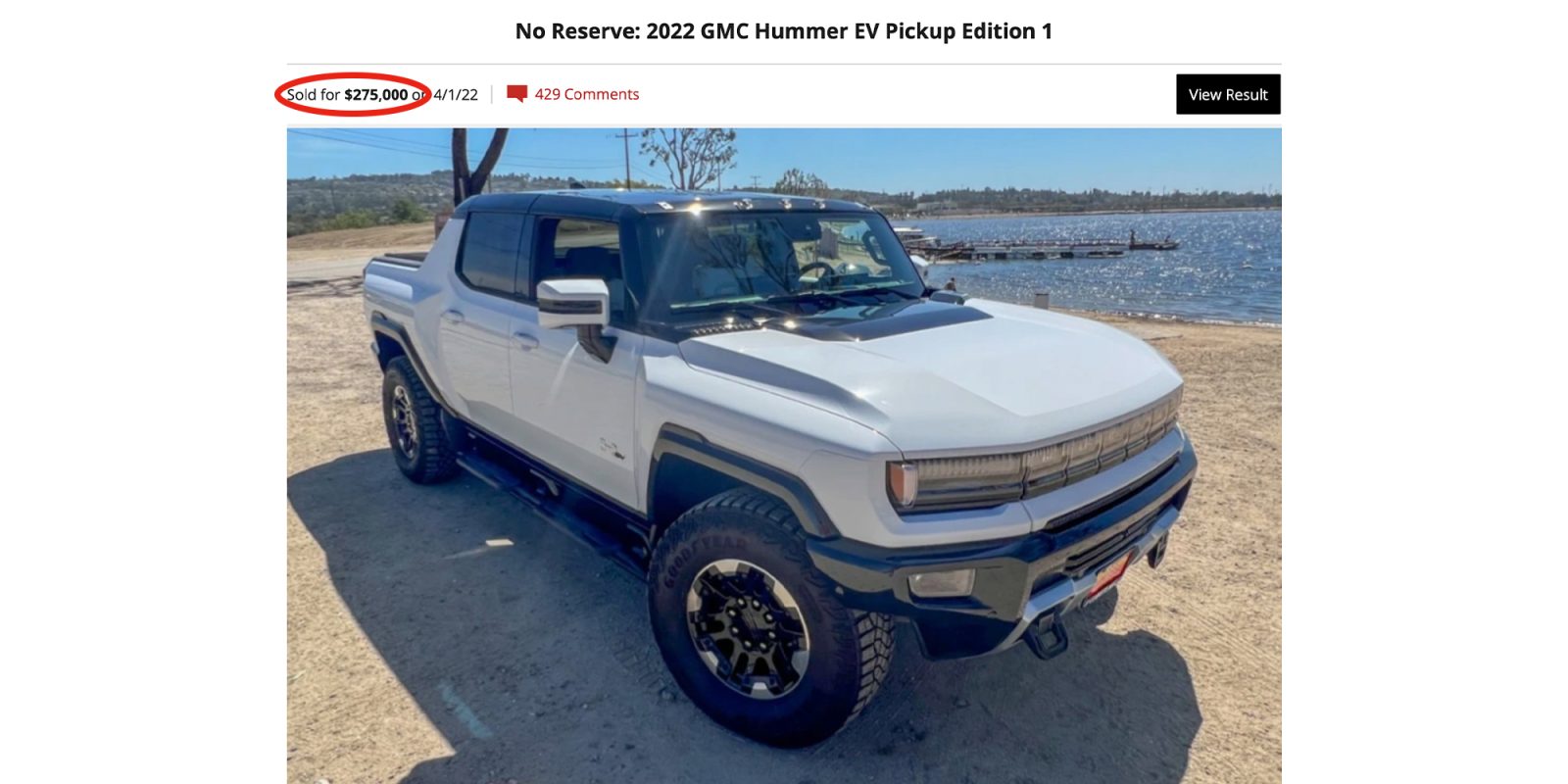 As new, larger, and more powerful EVs make their way into consumer driveways, their deliveries still remain quite small in number compared to the other electric vehicle types. That being said, the demand for electric trucks has exploded with many manufacturer models reserved into the next couple years. As a result, some early customers of these EV trucks are taking advantage of this demand and reselling them for a profit, some more than double what they paid.

When EVs first started hitting the mainstream over a decade ago, there were two options: expensive sports cars like the Tesla Roadster or Model S, or a less expensive tiny sedans like a Nissan LEAF.

As the years have gone on, crossover and full-size SUVs have made their debut, offering both ample performance and range, alongside more cargo space. Up until last year however, there was one segment that had not been successfully penetrated – the all-electric truck.

Rivian was the first automaker to achieve the feat by delivering its R1T pickup last fall, but the public was already anticipating a slew of other competitors like the Ford F-150 Lightning, the GMC Hummer EV, and the long-promised Tesla Cybertruck.

Since the maiden deliveries of the Launch Edition R1T, some of other trucks have also begun deliveries to consumers. However, the demand still far exceeds to number of EVs available. Those consumers lucky enough (and affluent enough) to get their hands on early versions of these EV trucks, are reselling them for a profit… some over $100k.

Private owners cashing in on demand by reselling EV trucks

If you’ve followed Electrek over the last year or so, you’ve probably read news of at least one EV automaker reporting tremendous reservations for EV trucks. Ford had received over 200,000 reservations by last December and shuttered its system in favor of opening its order books for serious buyers.

To keep up with demand, the American automaker has doubled its production capacity twice for the F-150 Lightning, aiming to produce 600k EVs annually by 2024. Around that same time, GMC delivered its first “Edition 1” version of the Hummer EV pickup.

That would be the only Hummer EV delivered by GMC in 2021, but the GM subsidiary recently reported another 99 Hummer deliveries in Q1 of 2022, assuring the public that many more are on the way. With only 100 Hummer EV pickups out in the wild, its no wonder people are willing to pay well beyond MSRP to get behind the wheel of one.

Recently, one savvy owner was willing to part with their Edition 1 Hummer EV, reselling it on vehicle bidding site Bring A Trailer. With no reserve price set, the Hummer EV ended up reselling for $275,000. That’s about $165,000 over starting MSRP.

If it was anyone other than the very first Hummer customer who paid a reported $2.5 million, they turned a huge profit by reselling their EV truck. Other Hummer owners could do the same after they receive their EV delivery, as GM is reporting over 65,000 reservations to date.

As you can see from the images above, the Launch Edition versions of the Rivian R1T are selling on ebay Motors for nearly double their original MSRP ($75,000). Whether someone pays that much has yet to be seen, but at least two R1T owners see value in reselling their EV while supply is still short.

Even Porsche dealers, experts on the upsell, are getting in on the fun with this Rivian R1T currently listed for $145K in Colorado.

Now that Ford F-150 Lightning deliveries have begun, its only fair to assume we will see some resellers pop up around the US – same for Cybertruck in the future. Legacy automakers with dealership models are seeing those business trying to sneak a piece of the profit pie, too, demanding atrocious up charges despite their contracts with automakers that prohibit such behavior.

The average consumer is not going to pay $100k+ over MSRP to get behind the wheel of a desired EV early, but the reselling technique can prove lucrative in some instances. At the very least, this market behavior offers documented evidence that the demand for EV trucks is there and it is mighty, whether it’s priced by MSRP or reselling.