The cheapest electric vehicles available in 2021-2022 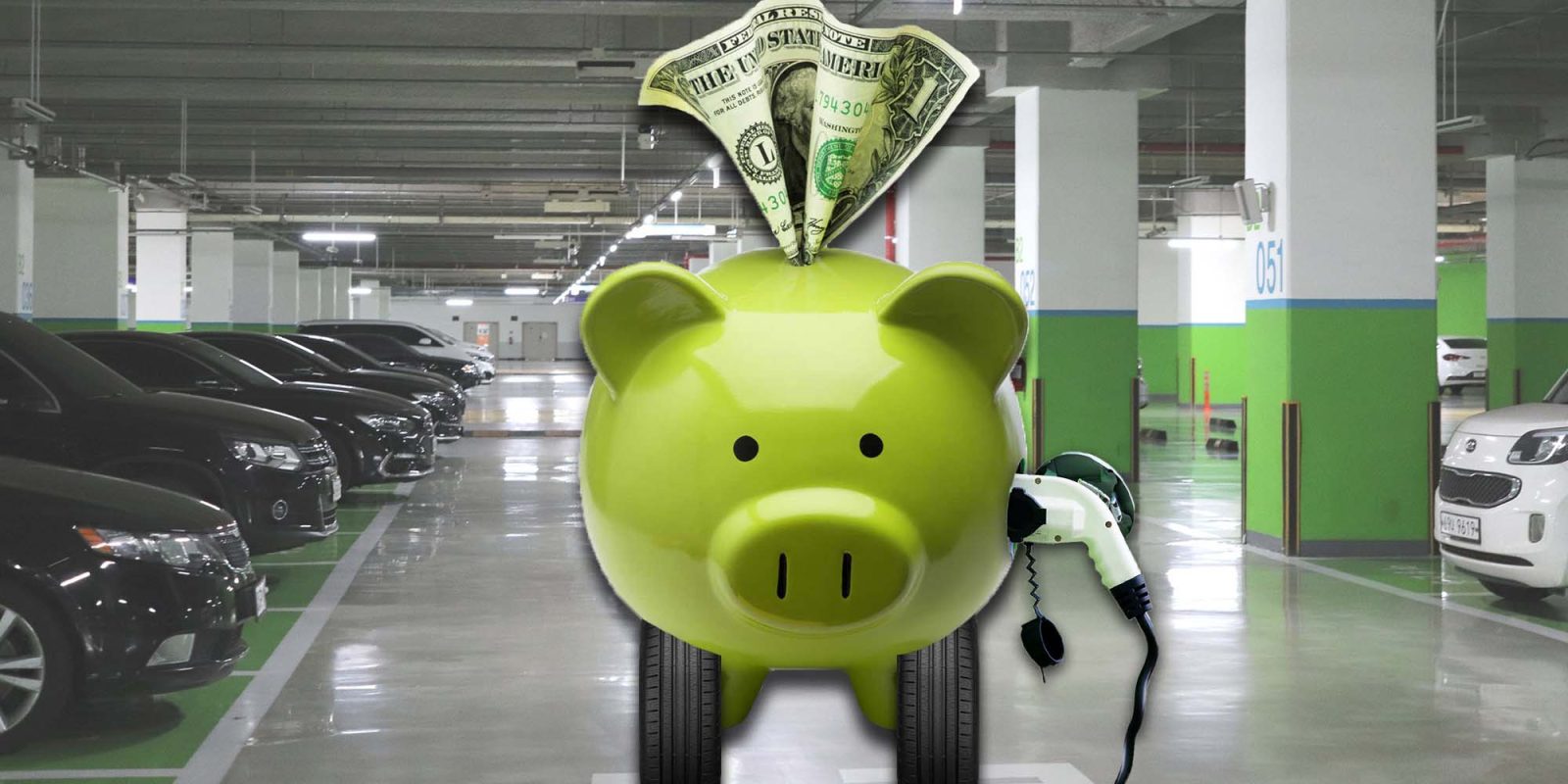 As electric vehicle sales continue to grow worldwide, more and more consumers are getting curious about the options out there. Sure, everyone has heard of Tesla and has a neighbor that has been driving a Prius for the last decade. But, perhaps you yourself are finally open to joining the zero-emissions party. Good on you old sport! Now, I’m sure you’ve already searched “how does EV charging work,” and the like. Great work. Now, your next search be, “what are the cheapest electric vehicles available?” Search no longer, my friends. We’ve compiled the latest and greatest in affordable EVs for you below.

We can chat all day about this topic, but that might be better suited for its own post. The short answer is no, but also yes.

There are many factors that contribute to the pricing of electric vehicles in the current global market. Supply chains, added features, and overall production costs can all play a part in the MSRP of an EV before its first sale.

Currently, one of the most notable factors in an EVs price is the cost of batteries. Battery packs are vital to the longevity and performance of any electric vehicle, but they are expensive.

New developments in battery chemistries and assemblies like solid-state batteries can one day promise cheaper electric vehicles, or at least cheaper manufacturing.

The current EV industry relies heavily on lithium-ion battery cells that are gathered and produced by a select group of manufacturers, like in China, for instance. The price of importing multiple resources and parts from overseas also adds to the overall price an automaker must consider charging consumers in order to make a viable profit.

You can certainly go out today and purchase an Internal Combustion Engine (ICE) vehicle that’s cheaper than what you’d pay for an electric vehicle.

However, EVs have come a long way in the last decade alone, and there are plenty of solid electric vehicles that are not only cheaper than their ICE counterparts but more technologically advanced. EVs are designed for longevity built around software, rather than mechanics.

Oh, and they produce zero emissions, which is a huge plus too.

You may be new to this world, and that’s quite alright, we’re elated to have you here. So we’re going to ease into things by sharing a couple of electric vehicles on the cheaper side, that are currently available… or soon will be.

Now, the term “affordable” is somewhat subjective. Everyone’s financial status is obviously different, and it’s safe to say that most of us will not be scrambling to purchase a new Rimac Automobili Nevera anytime soon.

Many of the popular EVs available today are over $50,000—some even eclipsing $100k. However, that’s just not reasonable for a list of the cheapest electric vehicles. As a parameter for the data below, we have only included EVs whose MSRP starts at a base price of $45,000 or less.

You’ll find that there are plenty of affordable EV options currently at your disposal, and even more on the way.

Furthermore, we have included a separate list of Neighborhood Electric Vehicles (NEVs) that are limited in size and top speed, but will still be able to get you around town cleanly and safely.

Keep in mind that the prices provided are the MSRPs and do not include any state or federal tax credits, taxes, or fees for destination or documentation unless specifically noted.

We will kick off our list with one of the longest-running EVs in production—the Nissan LEAF. Since it debuted in 2010 (yes, that’s even before the Tesla Model S) the LEAF held a rein as the best-selling plug-in EV for several years, that is until the Tesla Model 3 showed up.

Funny enough, however, Nissan has yet to deliver a second EV to the masses, although it does have another on the horizon in its upcoming Ariya.

Just recently, we reported that Nissan had released pricing of its 2022 Nissan LEAF EVs, and boy was it aggressive. The 2022 versions hardly vary from the 2021 models, and the pricing reflects that. While there are five different trims available on the 2022 LEAFs, the most affordable is the LEAF S.

Next is legacy automaker General Motors’ all-electric offering, the Chevy Bolt EV. The Chevrolet Bolt made its 2016 debut as the lone EV offering from GM. Since then, the legacy automaker has also introduced the Bolt EUV, but that’s all so far.

That being said, GM has a few EVs in the pipeline, including an all-electric Hummer. For now, however, the EV reigns are currently held by the Bolt and Bolt alone, and those EVs have faced their own hurdles recently.

Following twelve reported fires and three injuries as a result of defective batteries, GM has recalled all Bolt EV and EUV models from 2017-2022 to have their battery modules replaced to the sum of around $1.8 billion.

Most recently, Chevy temporarily halted all production and sales of the Bolt EV and EUV until it was confident that battery supplier LG can provide “defect-free” batteries.

Sales have since resumed, and you can expect the Bolt EV 1LT to still have its MSRP of $31,000 before taxes and fees. It will most certainly have a safer battery module as well.

Our next vehicle to showcase as one of the cheapest vehicle options is a bit more unconventional, but an impressive mode of transportation nonetheless.

The SOLO is an upcoming three-wheeled EV from ElectraMeccanica, a publicly-traded EV designer and manufacturer based in Vancouver, BC with a new manufacturing plant in Mesa, AZ.

The company’s flagship vehicle is the SOLO, an environmentally friendly EV designed with commuting and deliveries in mind, particularly in urban driving conditions.

This three-wheeled EV may seem a little odd at first, but it has been meticulously designed to deliver over and over again—especially considering its 100-mile range, and a top speed of 80 mph to make it safe for highway travel.

In addition to being smaller and more compact on roadways and parking spots, the SOLO also qualifies as a motorcycle in most states. This generally means lower costs for registration, insurance, and operation, while still qualifying for HOV (High Occupancy Vehicle) access.

Although it doesn’t have four wheels, the SOLO definitely qualifies as one of the cheapest electric vehicles on our list.

The first SOLO EVs began delivering to customers in October. It is currently available ate an MSRP of $18,500.

List of the cheapest current and upcoming electric vehicles

For an additonal list, we included some more unique EVs like the aforementioned SOLO, as well as available NEVs. NEVs vary from other electric vehicles as they are designed and manufactured for shorter, more local commutes.

As a result, the NEVs don’t over 25 mph as a standard requirement and they are much more compact to fit into smaller areas.

What’s the cheapest electric vehicle available in the US?

Currently, that title is held by Kandi America operating out of Dallas, TX operating under Chinese manufacturer Kandi Technologies. The company’s K27 EV costs under $18,000. They also produce a NEV version.

What is an NEV?

NEV stands for Neighborhood Electric Vehicle, and defines a specific class of EVs dedicated to slower, shorter trips, like through your local neighborhood or to the store down the street. They are built to have a top speed of 25 miles per hour (40 km/h), and a maximum loaded weight of 3,000 lbs. (1,400 kg).

Do NEVs qualify for the federal EV tax credit?

Will new EVs be added to these lists?

Yes, of course. There are plenty of new electric vehicles on the way that may be cheaper than some of those listed above. Expect this page to be updated every couple of months with the latest pricing and availability.

Are there any ridiculously affordable electric vehicles we are forgetting? Any vehicles you’d like to see added to the list?

Let us know in the comments below.