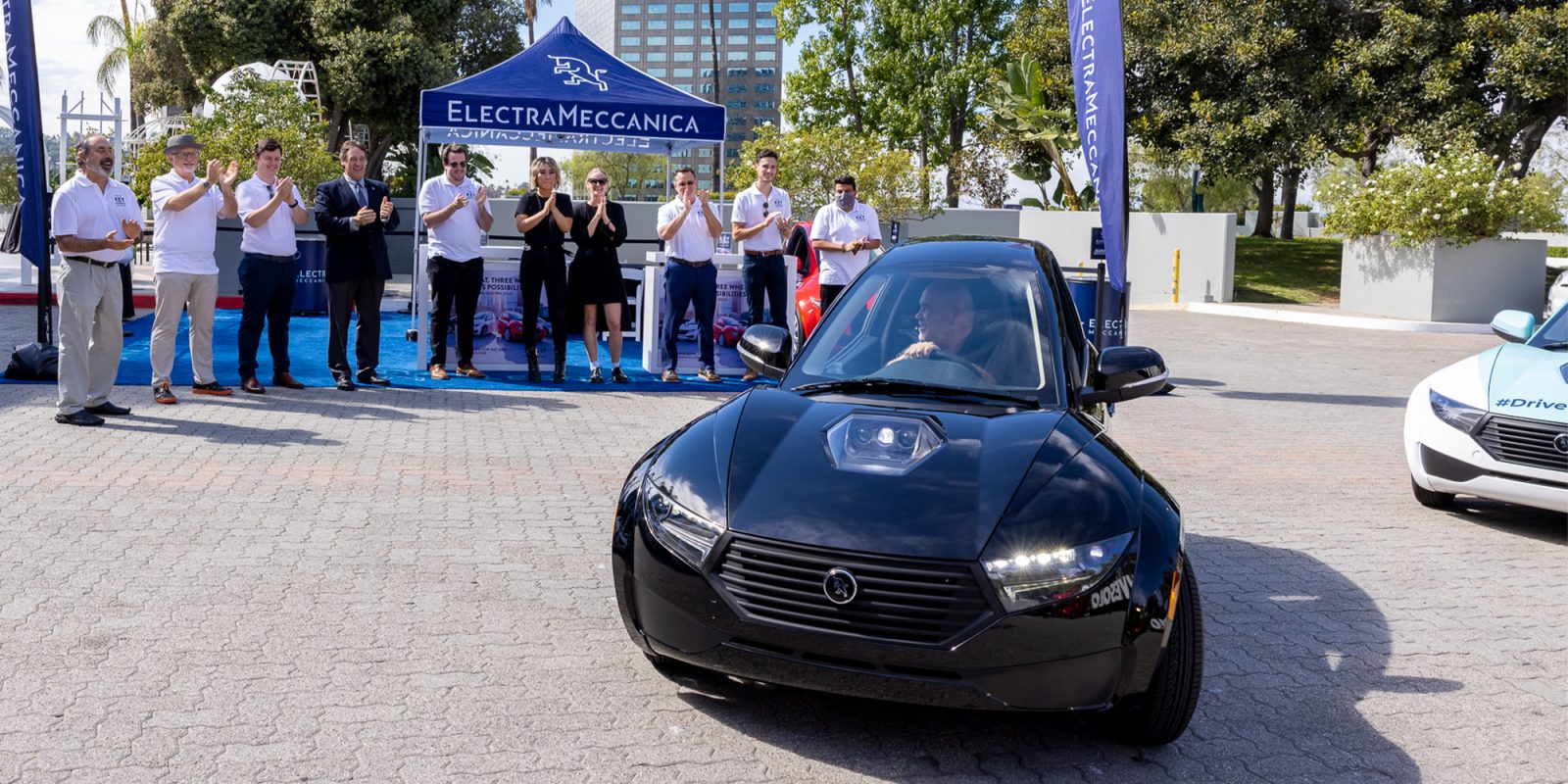 ElectraMeccanica Vehicles Corp. ($SOLO) is an EV designer and manufacturer based in Vancouver, BC, and publicly traded on the Nasdaq. While this electrified iteration was founded in 2015, its predecessor Intermeccanica has been building high-end specialty cars for over 61 years.

Last March, ElectraMeccanica announced it had chosen Mesa, Arizona as the site of the US production facility for its flagship SOLO EV. That facility is still on track to be completed in the summer of 2022 and will have the capability to produce 20,000 vehicles per year.

This environmentally friendly EV was specifically designed with commuting and easy deliveries in mind, with its compact size making it well suited for urban driving conditions. That being said, the 100-mile range and 80 mph top speeds make the SOLO more than qualified for highway travel.

Most recently, ElectraMeccanica took its delivery-focused SOLO design a step further at this year’s ACT Expo by introducing the SOLO Cargo EV, a modified version of its flagship vehicle with an expanded rear cargo box.

With two available versions of the SOLO EV in its fleet for under $20,000 each, ElectraMeccanica has finally begun delivering SOLO EVs to customers.

In a recent invite-only event held in Los Angeles, ElectraMeccanica officially began SOLO EV deliveries by providing a select group of early reservation holders and fleet customers with their vehicles, including Skechers USA.

The first deliveries of ElectraMeccanica’s SOLO EV may feel like déjà vu. In fact, we covered a similar story back in 2018 when the company made an initial delivery announcement for Los Angeles. However, those initial sales and deliveries were merely prototypes and were limited to markets in LA, the Bay Area, and Vancouver.

Rivera was succeeded by former COO Kevin Pavlov this past September, and he is picking up where his predecessor left off by delivering production quality SOLOs to customers. Pavlov spoke on this accomplishment for the company:

The initial customer deliveries of our flagship SOLO EV marks a transformational milestone not only for ElectraMeccanica, but for the future of the electric vehicle industry. As the first production SOLOs hit the road, I was reminded that bringing a revolutionary, production-ready EV to market is no small feat–particularly one as unique and differentiated as our three-wheeled, single-seat SOLO. As we look ahead, we will continue to ramp production to meet the ever-growing demands for right-sized EVs with a practical everyday use and helping to create sustainable value for our customers and shareholders alike.

SOLO deliveries will continue to roll out to retail and fleet customers alike as ElectraMeccanica focuses on finishing its Mesa production facility. It also looks to grow its audience through retail in five western states.

We definitely thought ElectraMeccanica had already accomplished its first deliveries years ago, so we were a bit confused by this announcement. However, after speaking to the company, everything is a lot more clear.

Delivering SOLO EVs to customers should be recognized as a huge accomplishment for ElectraMeccanica, which has been promising these three-wheeled machines for over half a decade.

What’s currently unclear is how many SOLO EVs the company is delivering and how many concrete orders it has in place. So far, the automaker won’t even share how many reservations it has.

I truly believe the SOLO EV is a wonderful vehicle for the purposes it’s designed for – e.g. single-passenger commutes and fleet deliveries, and on paper, it has wonderful specs. However, I’m genuinely interested to see how this vehicle fares in the EV market.

While I’m rooting for the company to succeed, I’m not personally convinced people are going to pay nearly $19,000 for a single-seat EV with a 100-mile range – especially as other EV automakers are getting their five-seat EVs down below $30k with federal tax credits. (The SOLO currently classifies as a motorcycle in most states, and would not qualify for EV credits at this time).

Either way, I’m looking forward to following this company’s production progress as its scales and hope to test out a SOLO EV for myself soon.