How the US plans to capture the EV battery market 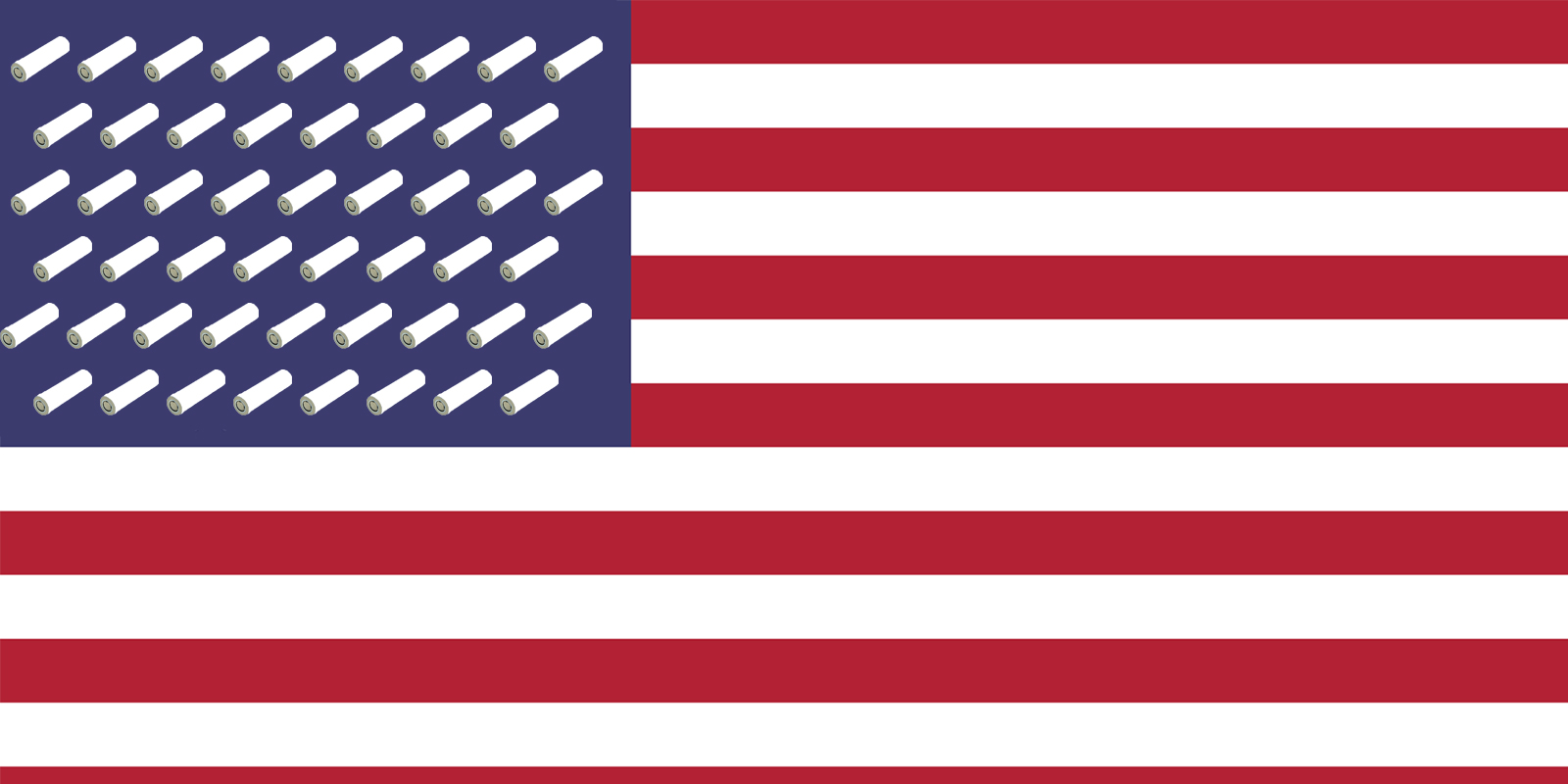 Electric vehicle sales seem to be growing by the minute in the US. Although they still only have a tiny corner of the auto market cornered, astronomical valuations of industry leaders like Tesla offer a glimpse at the potential of a virtually nascent market. In order to bring costs down even further to entice consumers, the US has plans to amplify battery production on its home soil over the next decade. With global competitors miles ahead, does the US have the technology, or more importantly the resources, to gain ground in the EV battery market?

We are all familiar with consumer electronics and the batteries used to power them. In the past two decades, lithium-ion battery production has increased end over end each year, particularly due to increased production of electric vehicles. Currently, nearly all battery manufacturing comes out of Asia, particularly China. According to the WSJ, China alone currently controls 75% of all lithium-ion battery cell manufacturing. Even manufacturers headquartered in Japan or South Korea like Panasonic and SK Innovation respectively, still manufacture a large number of their batteries in China due to less restrictions.

Manufacturing is just one element toward overall production of the batteries required to power the ever-growing fleet of EVs worldwide. The United States appears to be rallying funds and recruiting manufacturers to join the race, but will it be enough?

The US is going all-in on EV battery production

Yes, China currently dominates the market for producing the batteries crucial to EVs. However, as electric vehicle production continues to grow stateside, investors are searching for companies with goals to expand the manufacturing of batteries and their related materials on home turf.

In his short tenure so far, President Biden has made a dynamic effort in policies concerning clean energy and climate change. The 46th President’s Build Back Better plan calls for hefty investments in federal R&D. More specifically, President Biden’s website has proposed increased federal procurement by $400 billion in his first term. The goal is to purchase and implement key clean energy inputs like batteries, with the goal of positioning the US as the world’s clean energy leader.

This is a refreshing change of pace from the previous administration, but the President can only use his reach to help magnify and accelerate the effort. He cannot do it alone. That’s where the two hemispheres of American business appear to be working together to achieve this goal, in a sense. This includes EV battery startups in the public sector and established manufacturers in the private sector.

Startups paving their way in the US EV battery market

The main focus on the push toward battery manufacturing in the US is countering the country’s current reliance on China. Industry executives and lawmakers alike believe that to remain competitive in EV production, lithium-ion batteries must be produced domestically alongside the EVs themselves. This process would help lower the costs of EVs and make them even more appealing to consumers.

Wall Street believes this too, as it has recently backed battery startups in going public. Analysts are quite optimistic that EV sales have nowhere to go but up in the next decade. These startups include silicon valley based Sila Nanotechnologies Inc., which just raised $590 million in new wall street funding. Romeo Power went public last year and is developing lithium-ion battery technologies out of California. Meanwhile, Lithium Americas Corp. is based in Canada but also operates in the US. This startup recently sold $400 million worth of stock in a public offering in order to finance a new lithium project in Nevada. Wonder if any other automakers are working on batteries in Nevada?

Most of the funding for these startups is going toward factory construction and streamlined battery manufacturing processes. However, while these tremendous rounds of public funding are encouraging to the future of a US EV battery market, small companies lack the battery resources required to scale toward genuine competitiveness.

Luckily, the Davids of battery start-ups have found a Goliath in multi-national battery manufacturing conglomerates. South Korean companies like LG Chem and SK innovations have expanded factories to US soil to aid in EV expansion and hopefully gain a share of the prospective profits. In addition to the immense output of batteries to keep up with the growing demand from Tesla, LG Chem is erecting a factory in Ohio. This is to support a joint venture it is pursuing with General Motors.

Speaking of Tesla, the American automaker continues to develop its own batteries in the US while still obtaining as many battery cells its foreign suppliers can provide. While the world’s most valuable automaker by market cap continues to collaborate with other manufacturers, producing more of its vehicle’s components in-house will significantly shorten its supply chain. Furthermore, Tesla as well as the manufacturers above, continue to innovate and implement new battery technologies to increase battery cell capacity. This will in turn help increase efficiency, decrease production expenses, and consequently lower the cost of electric vehicles for all.

This is again easier said than done. Tesla, LG Chem, and Sila are all making great strides in battery production in the United States, but geographically speaking, the country is at a huge handicap when it comes to raw materials.

Obstacles the US will face in battery production

As the EV battery market currently sits, China is the clear front runner followed by other Asian countries like South Korea and Japan. In order for the United States to have any shot at competing, it must accomplish two major tasks to ensure maximum profits. First, battery manufacturers based in the States must push innovations to maximize battery cell capacity and production output. The moves from both private and public sectors as well as the backing by the commander in chief should aid in that process.

The second major task and realistically the most difficult obstacle looming is the supply chain of raw materials to produce the batteries themselves. North America as a whole has long relied on imports to supply the components of technologies such as batteries. This includes elements like nickel, lithium, graphite, and cobalt to name a few. Such materials are critical for both the anodes and cathodes needed to generate a battery’s current.

That’s again where China already has the upper hand. In addition to manufacturing a majority of the world’s batteries, its land is also an abundant source for many of the minerals and other materials required in the battery process. Other continents like Australia and South America can refine these components as well, but they remain quite logistically distant from North America and thus add unwelcome slack to the supply chain.

How the US can overcome its EV battery woes

So perhaps the US finds a way to start refining materials like cobalt in North America (we’re looking at you Canada) Alternatively, it must creatively pivot its approach battery technologies to eliminate its dependency on foreign supplies. For example, Sila Nanotechnologies has honed in on developing silicon-based anodes as opposed to using traditional graphite. The company’s executives say these anodes are actually capable of storing more energy than ones used in today’s batteries.

An Australian-based company called Novonix Ltd. has US roots with a factory in Chattanooga, Tennessee. That is where it produces synthetic graphite for anodes. In fact, the company already has a contract to sell 500 tons of synthetic graphite to battery maker Samsung SDI Co.

These are two small companies thinking outside the box, and they need to scale and scale quickly. That is certainly what they plan to do; public funding and large contracts will help expedite the process. However, the US-based battery manufacturers as a whole must work toward creative innovation and material alternatives in order to have a fighting chance. It will be the US’ focus on battery capacity, a shortened supply chain, and innovate alternatives to battery materials that will help gain a foothold in the market.