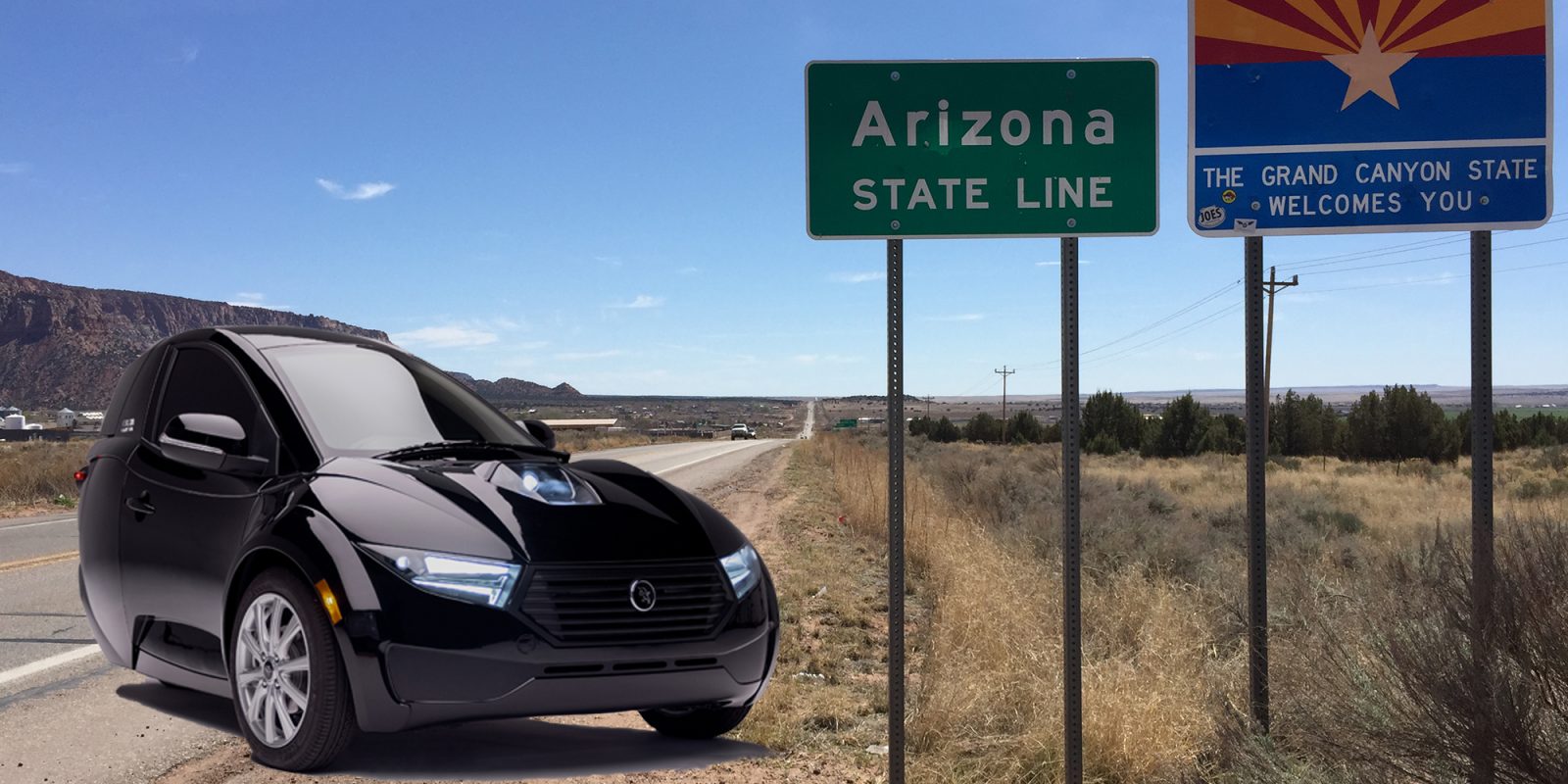 In a press release today, ElectraMeccanica ($SOLO) announced the site for its US-based assembly facility. The facility plus an engineering technical center will be in Mesa, Arizona. The confirmation puts a bookend on a year-long search that began in February of 2020. With this news, Arizona is quickly becoming a new hub for electric vehicle manufacturing.

Before choosing the Phoenix suburb as its new production hub, the Canadian company conducted a lengthy nationwide search. This led to seven bids from local authorities in prospective states. We previously reported the EV startup had whittled its list down to two finalists, Arizona and Tennessee.

While Arizona made the most sense given the circumstances and movements surrounding ElectraMeccanica, it had not confirmed our suspicions. At least until now. The proposed US facility is the best fit for ElectraMeccanica’s plan to ramp up production on its flagship SOLO EV. The company press release states the new facility will create up to 500 new jobs when it is fully operational. Furthermore, the Mesa plant will be capable of producing up to 20,000 SOLOs per year. Officials from Arizona seem quite happy with the decision as well. Per Arizona Governor Doug Ducey:

Arizona is thrilled to be selected as the home of ElectraMeccanica’s first US-based assembly facility and engineering technical center. Arizona has fast become the electric vehicle center of America thanks to our robust and growing workforce, vibrant innovation ecosystem, and ideal business environment. My thanks to ElectraMeccanica, the Arizona Commerce Authority, the City of Mesa and all involved in bringing this exciting project to Arizona.

The Mesa facility will feature both a light vehicle assembly plant along with a state-of-the-art engineering technical center. This center will be erected with multiple labs for comprehensive research. Additionally, it will include testing workshops for vehicle chassis, battery packs, and power electronics.

We couldn’t be more excited to welcome ElectraMeccanica to Arizona as the latest electric vehicle innovator to choose our state. No other state in the country provides a better environment for ElectraMeccanica to scale its leading-edge technology, and we look forward to continuing to be a partner in the company’s long-term success.

ElectraMeccanica is not alone in its migration to the Grand Canyon State, either. Lucid Motors is on the cusp of full-fledged production at its AMP-1 facility in Casa Grande. That’s less than an hour south of Mesa. The luxury automaker is already looking to expand its footprint to phase two as well. Clearly, Lucid has planted roots in the red clay of Arizona and plans to remain there for the foreseeable future.

What the move means for ElectraMeccanica

This announcement comes just months after a rapid retail expansion in the US. This includes eight current locations that are open in the Western United States. ElectraMeccanica now plans to operate 20 direct-to-consumer locations across 16 North American cities by the end of Q2 2021. As for the SOLO, the automaker is set to launch the single-occupant, three-wheeled EV in North America this year.

According to its press release, ElectraMeccanica is already exploring additional ventures around its US facility:

In addition to strong consumer interest in the SOLO EV, the Company has seen growing interest in commercial fleet and utility applications. Beyond working to address commuting and traffic congestion challenges in the region, the Company intends to work with local municipalities to initiate a future pilot SOLO share ecosystem in the Mesa and the greater Phoenix region. Plans for this program will be forthcoming.

Called it! As we previously touched on last month, Arizona makes a lot of sense for ElectraMeccanica and its first US facility. First off, its HQ in Vancouver is a lot closer to Arizona than Tennessee. Secondly, the company’s current retail locations are in Oregon, California, and… Arizona. Last but not least, previous interviews revealed ElectraMeccanica’s CEO Paul Rivera lives in Arizona.

Alright, enough gloating. This is an exciting move for a company bringing its flagship EV to market this year. ElectraMeccanica is unique in launching a three-wheeled EV that can hit 80 mph with 100 miles of range. Furthermore, at a price point of $18,500, it can serve as a popular, multi-functional vessel around Phoenix. This could mean daily commutes, food deliveries, or ridesharing. Hopefully the SOLOs come with premium A/C, too.

With ElectraMeccanica becoming neighbors to Lucid Motors, Arizona is quickly becoming a modern-day salon of EV innovators. Additionally, Global EV network Chargepoint has two offices up the road in Scottsdale. Lastly, Nikola is headquartered in Phoenix… if you still consider them an EV manufacturer.

Eyes will be on ElectraMeccanica as it implements its new US facility and launches the SOLO EV. Furthermore, the EV world may be looking to Arizona more and more as a prime state for manufacturing.