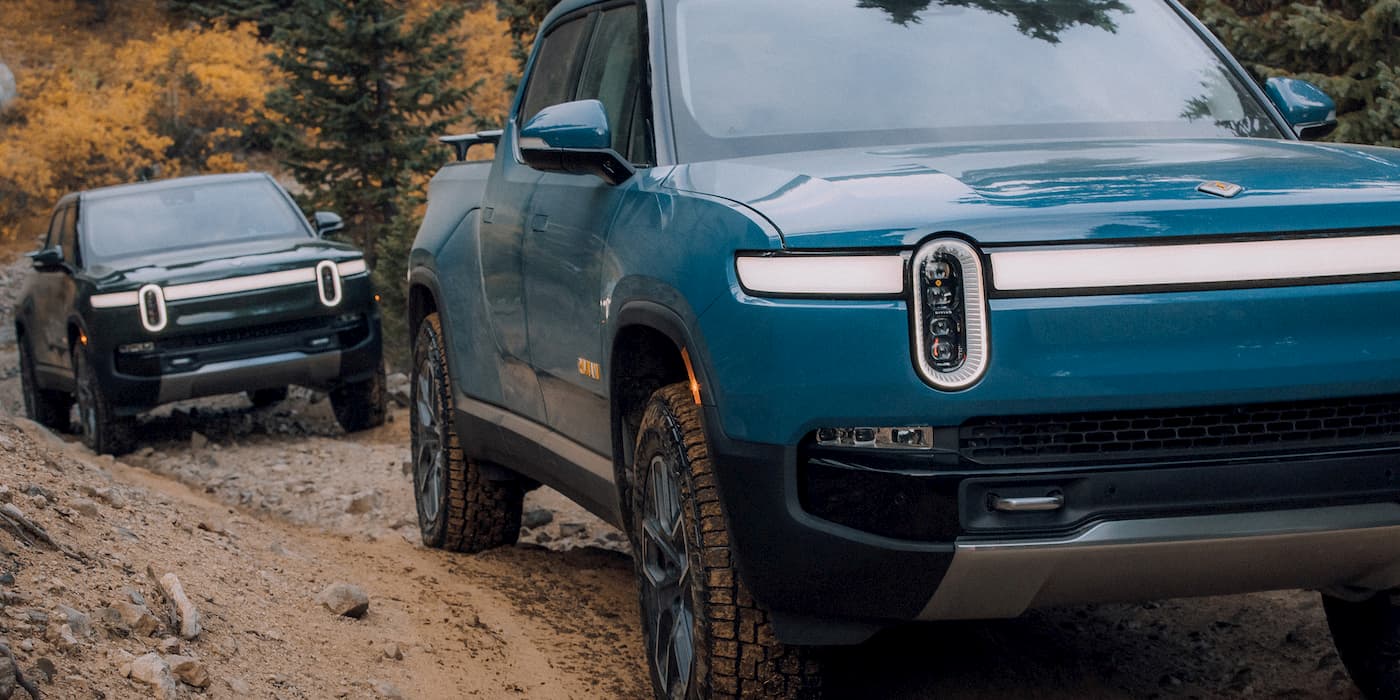 Trucks offer a unique driving experience, combining the ability to haul massive loads (like boats, trailers, or any of those fun toys) with a spacious interior fit for a king. Now, they are getting an upgrade as several EV trucks hit the market in 2022. Check out the bestselling electric trucks below, and then at the end, learn what models you will be able to get your hands on in 2023.

Pickup trucks are not only for work purposes (though they can make the job so much easier). They are also ideal for outdoor enthusiasts and those who like to tackle projects yourself.

For this reason, the pickup truck market expects to grow by over 37% by 2028. A big reason for the forecasted growth is because EV trucks are being introduced to the market. EV trucks combine the best of traditional trucks with zero emissions and powerful batteries.

Although EV trucks are in high demand right now, automakers are struggling to keep up. Here are the top-selling EV trucks so far in 2022.

Ford came out swinging with its F-150 Lightning all-electric pickup truck. The heavy-duty EV comes loaded with all the bells and whistles of an F-series truck, except it has more storage with its 14.1 cubic feet trunk, the largest of any EV truck.

The F-series is Ford’s top-selling vehicle and bestselling truck in America. Meanwhile, the Lightning lives up to its name and more. After selling out initially, Ford reopened orders in August with various new features and updated prices, range, and colors.

Although 6,000 EV sales may not seem like much for the first half of 2022, keep in mind Ford just released the model in April and is selling them as fast as they make them.

Perhaps, most importantly, the F-150 Lightning can act as a backup energy source with the Ford charge station pro.

The Ford and Amazon-backed EV start-up released its highly anticipated Rivian R1T, with the first model rolling off the production line in September 2021.

Rivian’s R1T is like nothing on the road right now, as it’s being deemed “the world’s first electric adventure vehicle.” The EV truck is designed to handle everything from city streets to the most challenging terrains.

The R1T earned Electrek’s vehicle of the year in 2021 for a reason. As Seth puts it:

This pickup truck has everything – faster than most sports cars, a roomy interior with lots of storage and extras, and it can go off-road where no other production vehicle can go.

Rivian discontinued its Explore package to focus on the Adventure package to speed up production. The difference is about $5,500, depending on the model and battery pack. Prices are listed below:

Although GMC is still in the early stages of ramping production of its EV truck, the all-electric Hummer had over 77,500 reservations in June as the pickup version sells out until 2024.

Ironically, the first Hummer was introduced in 1992, becoming known as one of the worst gas-guzzling vehicles you could drive. Rising gas prices and more efficient vehicles entering the market drove Hummer sales down as GMC discontinued the brand in 2010.

The heavy-duty truck’s revival begins in the age of electrification with the Hummer EV. The first deliveries started in December 2021, and GMC has been slow with the rollout. However, truck enthusiasts are gearing up as the backlog continues to build.

The price of the Hummer EV went up by $6,250 in June, as the parts and technology put into it cost more.

What EV trucks are coming soon?

After seeing massive interest in the first edition EV trucks in 2022, automakers are racing to get them on the market.

The next year we will see several new EV trucks hit the market, from legacy favorites to futuristic models like Tesla’s cybertruck. Here’s a list of future EV trucks expected to hit the market.

Other EV startups are also expecting to release their own EV trucks in the second half of 2022 and into 2023. For example, Lordstown plans to release the Lordstown Endurance, which the company expects to begin commercial production soon, with deliveries starting in Q4.