Rivian announces it will soon be delivering its Ocean Coast interiors, but there is a caveat 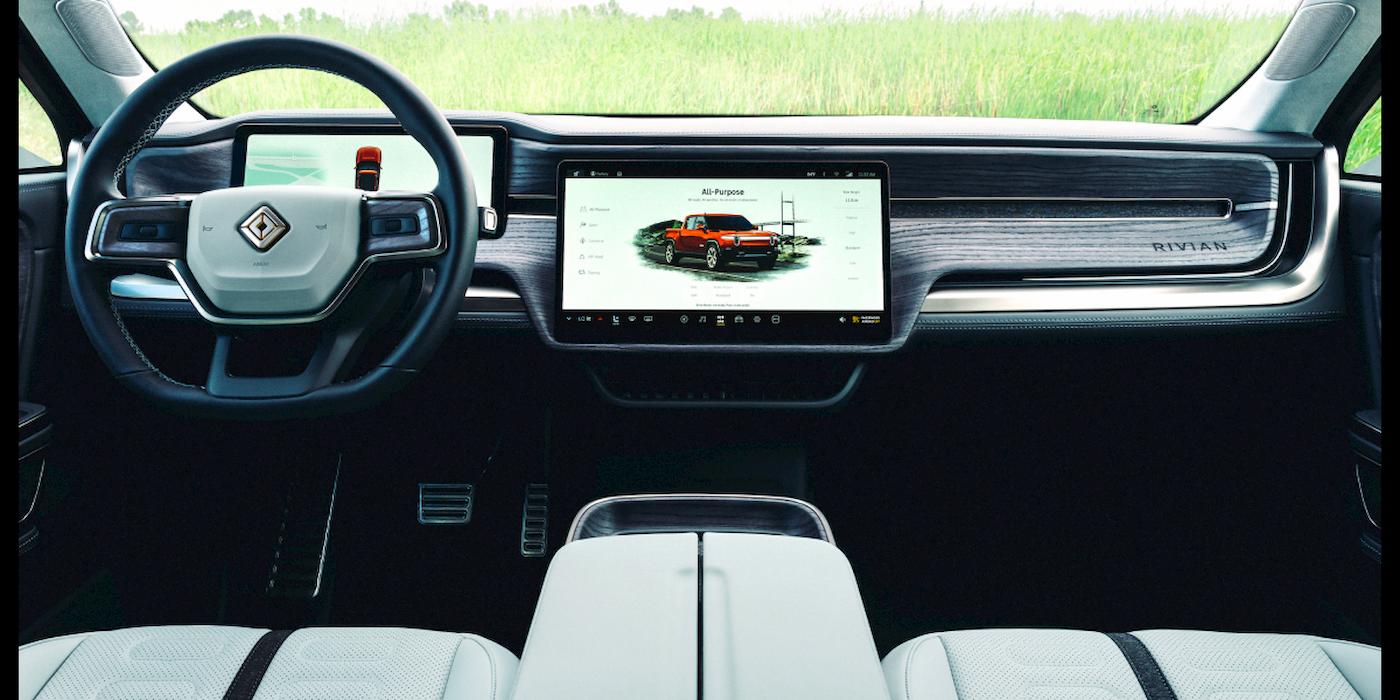 We were lucky to receive an update from Rivian today on the new R1 series Ocean Coast interiors. The EV startup is excited to announce a few critical design updates, but there’s a catch.

The automaker also increased the price of the quad motor option from $6,000 to $8,000 and removed its Explore Package trim.

Rivian is giving us a sneak peek at the automaker’s new Ocean Coast interior. The automaker says it will launch the Ocean Coast package with dark wood accents. The new dark wood compliments the lighter materials, helping the cabin’s overall ambiance. However, due to supply chain issues, light wood will on longer be an option, according to Rivian.

On the positive side, Rivian says, the move will help speed up production by streamlining the process. Rivian says deliveries will start “very soon, pretty imminently.” For fans of the lighter interior, don’t worry. Rivian is introducing a new “vegan” wrap as part of the Adventure Package, with deliveries starting later this year into 2023.

Furthermore, the EV startup made the tough decision to discontinue the Explore Package. Again, Rivian is deciding to simplify its lineup to get its vehicles in customers’ hands quicker. In April, Rivian said it would delay the Ocean Coast interiors to maximize production output. Today the company is making good on its word and relaying the message to customers.

What you need to know about Rivian’s Ocean Coast updates

Here’s some helpful info from today’s update for customers who have already bought a Rivian or plan to.

The difference between the Explore and Adventure packages is roughly $5,500. However, the pricing will depend on when you bought the vehicle.

Buyers will be guided through the process, and the Rivian team is ready to answer any questions.

Rivian is in the midst of scaling its EV production to meet demand. Meanwhile, the company produced 4,401 vehicles in the first quarter of this year, 72% more than in 2021.

The EV startup also gave more clarity surrounding the R2 platform and what we can expect from future Rivian EVs.

Although not everyone will be happy with Rivian’s new updates on its Ocean Coast interior, the automaker is making the right move.

Rivian has already pushed back deliveries of the R1S SUV earlier this summer. It’s time to start getting vehicles to customers. The new updates allow Rivian to streamline its manufacturing process to build EVs more quickly and efficiently.

Rivian’s new strategy is likely to pay off in the long run as the EV startup looks to solidify its place in an increasingly crowded EV market.