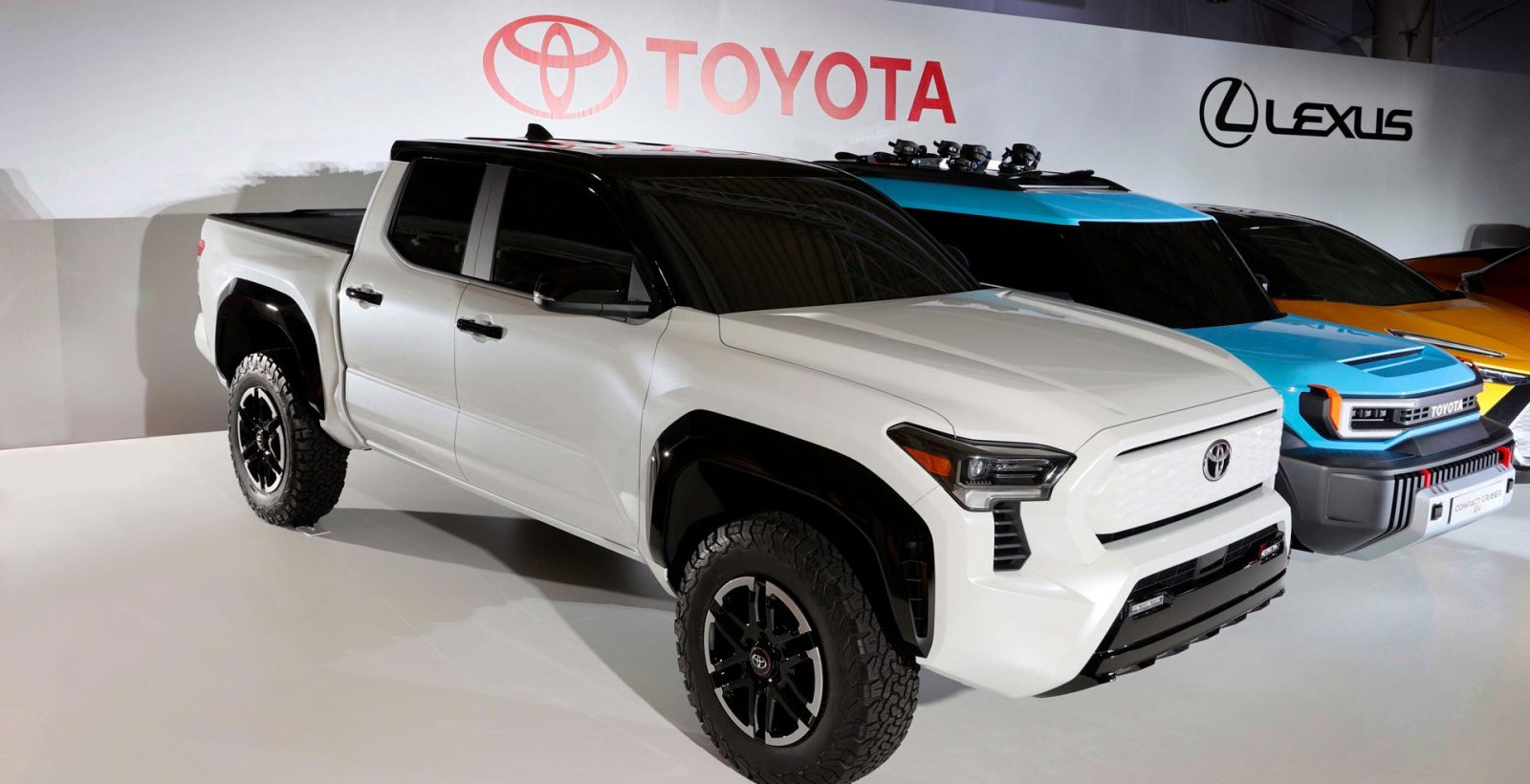 Toyota teased an upcoming electric pickup truck with an early concept vehicle at an event today about its long awaited battery-electric vehicle plan.

Today, Toyota held an event about its battery-electric vehicle strategy.

There was a lot of talk about how the Japanese automaker is in fact a leader in the space because it made the Prius 20 years ago. We have heard that one before.

Toyota has yet to launch a global all-electric vehicle in its lineup with the first one, the BZ4x, coming next year. Toyota currently has the PHEV Prius Prime with 25 miles of range (and new Zero Emission Driving mode) as well as the 40-mile Rav4 Prime.

The automaker has been known for (delusionally) investing in hydrogen fuel cell and hybrid vehicles instead.

While most automakers now see battery-electric vehicles as the technology to clean the auto industry, Toyota only sees it as one of many options.

Today, the Japanese automaker upgraded it to “one of the most promising options”:

Today, I would like to talk about Toyota’s strategy for achieving carbon neutrality – particularly our strategy for battery electric vehicles, which represent one of the most promising options.

Toyota announced 30 all-electric vehicles coming to the brand by 2030:

Specifically, we plan to roll out 30 battery EV models by 2030, globally offering a full lineup of battery EVs in the passenger and commercial segments.

The company unveiled a lineup of concept vehicles representing those upcoming vehicles:

There’s no guarantee of those vehicles launching in North America since Toyota has been known to focus its electric vehicle efforts where regulations force them. Additionally, these vehicles are likely to end up looking a lot different than these prototypes which look like they are straight off the concept drawing board.

But there was one concept that is promising for the North American market: a Toyota electric pickup truck.