Tesla lease guide: Everything you need to know about leasing a Tesla 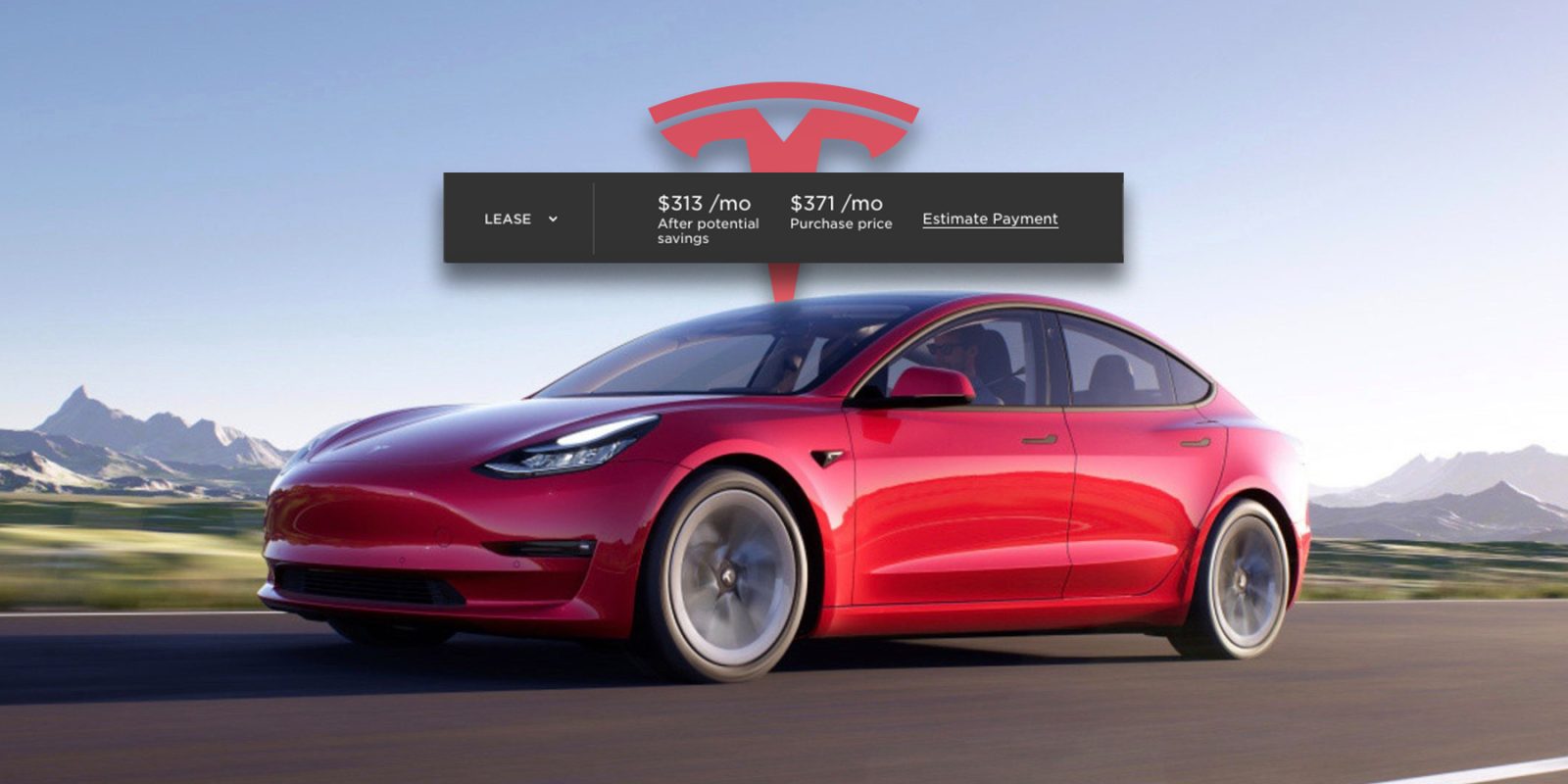 So you’re thinking of getting a Tesla lease? Smart choice. Have you considered the more affordable Model 3? Or perhaps you have the money to splurge on the beyond ludicrous Model S “Plaid?” What color? What added features? Should you buy instead of lease? These are all questions you’ll have to deal with.

Fear not prospective leasee, below is a comprehensive guide outlining what a new Tesla lease entails and what options to consider before you put the pedal to the floor.

Pick The Tesla Model That’s Right For You

The first step in making a major purchase is always to browse the aisles, research your options, and decide what’s best for you. Picking a Tesla is no different. The automaker currently offers four solid options in its fleet — two sedans and two SUVs.

Tesla’s Model 3 sedan has quickly become the world’s best-selling electric vehicle to date due to its affordability without sacrificing too much performance. The other sedan, the Model S, is Tesla’s longest produced EV and has a track record of style and top speed (currently fastest in the world for its “Plaid” version). With the sporty design and top shelf performance comes a much higher price tag, however.

Tesla’s Model X is the automaker’s second longest produced EV and is by far its largest. It offers high grades in cargo room, range, and performance with plenty of upgradable options like six or seven seats. That said, it comes with the highest bill of Tesla’s standard models. The Model Y SUV is Tesla’s newest EV to hit the road, delivering in March of this year. As more of a crossover version of the larger Model X, the Model Y offers size, range, and performance at a more affordable price than its larger, older brother.

Tesla started rolling out leasing options shortly after the debut of its Model S sedan in 2012. Since then, the three additional models to roll off the assembly line have all become available with leasing options as well — the Model Y being the most recent to launch its leasing program in July of 2019. Whether you’re looking for a Long Range Plus Model X with a seven seat interior, or a Standard Range Plus Model 3 with zero upgrades, there are leasing options available. Here are some further thoughts to consider.

How Much Will It Cost?

Note that all prices listed are as of publish date. For the sake of comparison, each model’s pricing pertains to a 36 month lease at 10,000 miles a year.

Tesla’s Model 3 sedan is by far its most affordable option in the fleet, so this would be the best place to begin to grasp the low end of the leasing spectrum.

Aside from being Tesla’s newest EV, the Model Y is also the second most affordable option based on standard starting price.

Tesla’s Model S is not the most expensive model per starting price, but certainly has the potential to be given all of its upgrade options.

The Model X is Tesla’s largest and most expensive standard EV to date, but boasts a huge interior and plenty of useful upgrades… if you can afford them.

Hopefully you didn’t get your hopes too terribly high after seeing the word Cybertruck, because unfortunately Tesla’s “Frankenstein’s Monster” of an EV truck is not available for lease yet. Cybertruck is not scheduled to begin delivering until late 2021 for the dual motor AWD version. Worse yet, customers will have to wait util 2022 for any single-motor RWD trucks. It might be worth pondering a Tesla lease to hold you over until then, or ride your bike to save up (and save the planet)!

The original Roadster model was the first to hit the pavement bearing the Tesla name. It was originally created to showcase the potential of the rookie automaker, and its sporty design was meant to convince investors that electric vehicles could also be cool. Unfortunately, the original Roadster is no longer in production and therefore not available for lease.

However, in 2017 Tesla announced a second generation Roadster in the works, but exactly when it may debut remains unclear. It was originally teased to deliver this year, but that was pushed to 2022 so Tesla could focus on Cybertruck. This past summer, CEO Elon Musk hinted that production on the new Roadster could begin in twelve to eighteen months. Time will tell, but trust that Electrek will be there to keep you informed when the news does break.

Should You Lease A Tesla Or Another EV?

Even if you’re dead set on a Tesla lease after reading this guide, it doesn’t hurt to shop around and compare prices with other EV leases. The more informed you are, the better idea you will have about what leasing options work best for you. As a result, the more equipped you’ll be to get the best deal. Electrek has already taken the time to put together a meticulous EV lease guide, so a lot of the financial research has already been compiled for you.

To truly determine whether a Tesla is the right EV for you is not a simple yes or no question. You certainly want to find an EV that stands out to you, one you could see yourself cruising around in for three years. The exterior look matters of course, but it’s what’s inside — and whether it fits your situation — that should be the true deciding factor.

Dare to ask questions. What mileage will the EV offer? Are there any discounts from the manufacturer or tax incentives from the government for going electric? How much room do you need inside the vehicle? How many seats and how much cargo space? What sort of features come standard and what options would you like that may cost an additional fee? A constructive approach would be to compile a list of wants, needs, and absolute dealbreakers, and then compare different EVs to see which one checks the most boxes for you.

For example, our Seth Weintraub took an extensive look at the Chevy Bolt over the last few years, and while he didn’t land on sticking with Chevy, he laid out a good example for weighing the options.

Tesla Lease vs. Buy: What’s The Better Deal For You?

The answer to this one is truthfully subjective for each prospective Tesla customer, but it’s a genuine question to consider when you begin shopping around Tesla’s website. While the down payments are pretty much the same for either option, the money down on a Tesla lease may be less expensive than other EV manufacturers. Additionally, after three years you can trade into that new Tesla you’ve been eyeing. On the flip side, you’re locked into that same model three years on a lease, so choose wisely. If you buy however, you can upgrade whenever you want!

Consider mileage as well. If you drive more than 15,000 miles a year, it’s a safer bet to buy, but if you can stay within the limits of the Tesla lease, you’ll pay slightly less over three years by leasing. Another factor to consider is maintenance. Because Teslas don’t require gasoline or oil, their upkeep is relatively simple in comparison. Add the fact that each model is updated by over-the-air software, you should rarely have to bring your Tesla in for anything. As a result, these EVs do not break down as quickly as combustion engine vehicles and accordingly retain more value over time.

Furthermore, Tesla (while growing tremendously) is still trying to keep up with customer demand, leaving less EVs available than the number of people looking to drive one. As a buyer, you could also sell your Tesla down the road for cash back in your pocket, thus lowering your total cost of ownership. In large part to these facts, buying a Tesla is currently a more sound investment compared to a traditional gas guzzler. Whether buying is a better option than a Tesla lease however, is still a question of money, daily usage, and model variety.

Still not sure? Tesla actually offers a financing calculator on its website to help guide you toward whether a Tesla lease or cash payments work best for you.

What Is Tesla’s New Leasing Experience?

Just recently, Tesla announced improvements toward a new leasing experience for customers in 2021. More details are sure to emerge, but soon Tesla leasees will be able to use their Tesla account to manage everything from payments, to early termination, and even purchasing their Tesla at the end of a lease. Previously, Tesla leasees used a direct leasing program, but it appears that all leasing actions will soon be consolidated into a larger and more advantageous one stop shop via an individual’s Tesla account.

What remains uncertain, and a bit of a head scratcher for the Tesla community, is the fact the announcement email was sent out to all Tesla leasees, including those making payments on a Model 3 or Model Y. This is confusing because when Tesla began leasing programs for these two newer EVs, it specifically said it would prohibit leasees from buying their EV when a given lease came to term. It’s still unclear whether this was a general email to all leasees, or if Tesla has had a change of heart about selling its newer models to current customers.

Keep An Eye On Tesla

As the most valuable automaker in the world by market cap, Tesla has quickly become a household name. With its land-speed-record pace of exposure has come several overhauls to several of Tesla’s previous policies pertaining to warranties, recalls, and return policies. Prospective and current Tesla leasees should check Tesla’s support page regularly to stay in the know about the leasing experience in 2021 as well as any other policy changes.

There you have it; hopefully you’re more informed after reading this Tesla lease guide and better understand what deals may or not be at your disposal, and how you should go about leasing (or not) your new vehicle. Your next decision might be whether to pay extra for the full-self driving capabilities. Good luck!