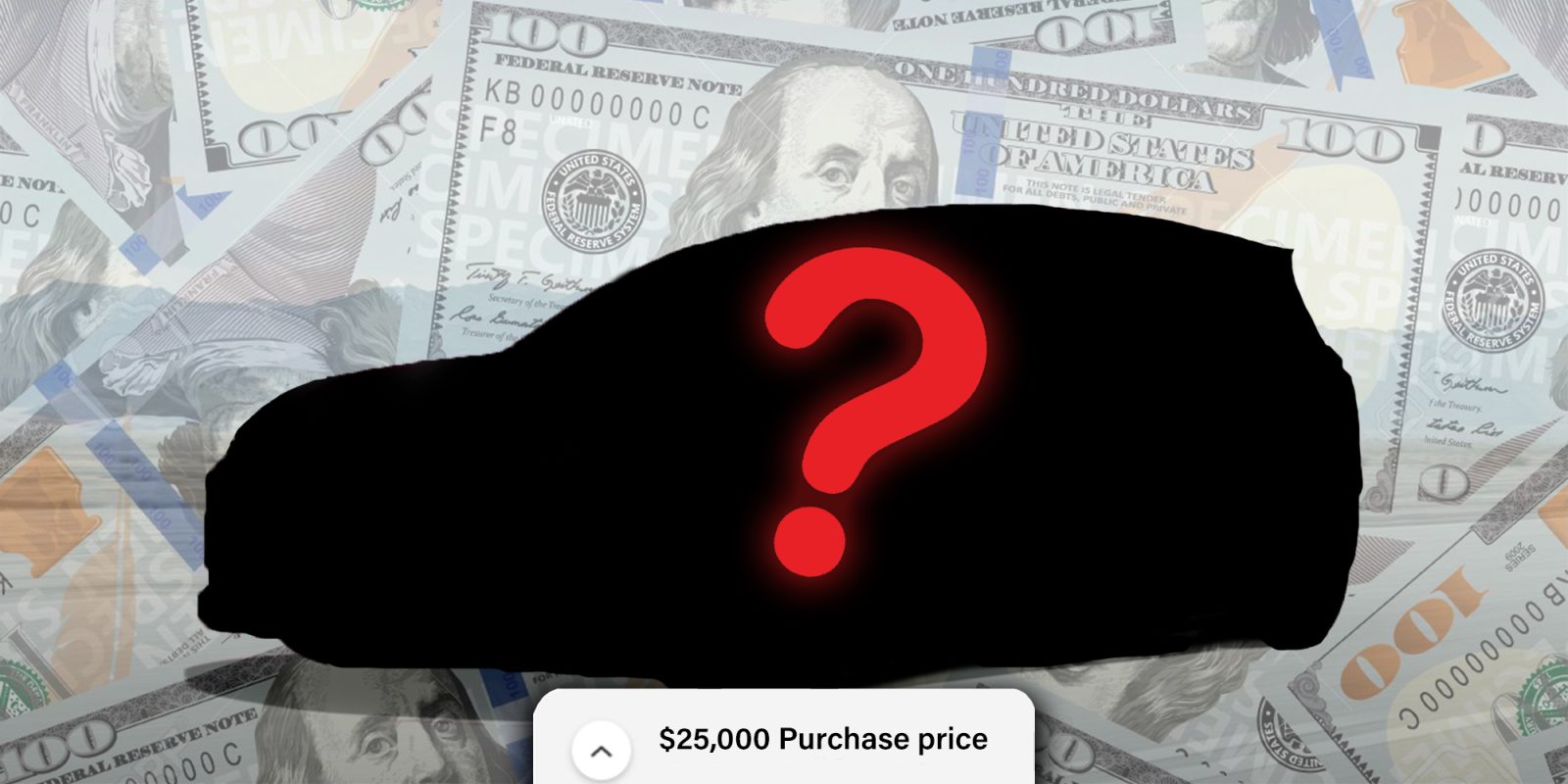 There are several game-changing elements the EV world has patiently but attentively kept tabs on in recent years – solid state batteries, fully-autonomous driving, whether some of these SPAC mergers will actually produce a series production vehicle. As one of the largest names in electric vehicles, Tesla has promised several products over the years. – some of which it has delivered, but many it has yet to (ahem, Cybertruck and 2nd Gen. Roadster). Another fabled prospect promised by Tesla is a $25,000 model. While the automaker has only caught a quick whiff of EV pricing within $10K of that figure, it’s apparently still imminent. Here’s everything we know to date.

A Tesla model at this price point was first spoken into existence among the EV community as more of a “what if” sort of dream vehicle. At that point, Tesla’s CEO Elon Musk had stated that the automaker would likely not produce an EV for less that $35,000.

In fact, that $35,000 number was a huge selling point with the announcement of the Model 3, as Tesla was aiming to deliver on its longstanding promise to deliver a $35K EV. Sure enough, Tesla sold a Standard Range RWD Model 3 for $35K, briefly.

The Model 3 has since fluctuated in price quite a bit, and currently starts at an MSRP of $41,990 without any destination fees or federal tax credits. Still, quite a ways off from $35K. You may be able to still find a Model 3 at a lower price elsewhere however.

Regardless, Tesla suddenly changed its mind (imagine that?) and promised an even cheaper Tesla during its Battery Day event in 2020.

Musk himself teased the $25,000 Tesla model to be complete within three years. As if Tesla engineers’ heads were already spinning with the announcement, Musk followed up by promising that the new EV would also be fully autonomous.

We currently do not have any actual renderings, concrete pricing, or any reassurance that full-autonomy is achievable in the next two years. Hell, we don’t even have a name other than its “Model 2” pseudonym.

Even so, new details have trickled in, and we are happy to them share with you. Please also enjoy this thick rail of salt to take some of the edge off.

Any notions of a potential design from Tesla all originated out of China. At the beginning of this year, we reported that Tesla was erecting an R&D center in Shanghai that would be tasked with developing a $25,000 EV for the Chinese market.

Prior to that, Tesla had already started taking design submissions for the aforementioned Chinese-made EV. At the same time, Tesla released an early design drawing of a small electric hatchback, leading many to begin speculation that this is the design direction the automaker is considering for the upcoming EV.

Anything beyond the drawing above has just been fan renderings creating their own “Model 2” iteration based on what little design knowledge we know so far.

Aside from the exterior look of the $25,000 Tesla model, we know a bit more about its potential interior features, or lack thereof.

As recently reported by Electrek‘s own Fred Lambert, Musk recently revealed new details during a company meeting in September.

Sources who were at the meeting told Electrek that Musk correlated the release of the new model to the company achieving a deployable full self-driving system. Even better, Musk apparently asked company employees:

“Do we want to have this car come with a steering wheel and pedals?”

That question (if true) shows how out of the box Musk is thinking for this new cheaper model – or just how far off his rocker he truly sits, with several other upcoming EVs in line ahead of this one.

Either way, we can’t not mention that there is at least some chance the world might see a new $25,000 Tesla model that has no pedals or steering wheel.

That doesn’t sound like the ideal approach for mass EV adoption, especially in a widely affordable EV, but I don’t work for Elon Musk.

While this design element still feels gimmicky, Tesla did share an image of a vehicle without a steering wheel and pedals two years ago, stating its goal was to release a vehicle featuring this lack of physical controls within two years.

Here we are two years later, still relying on those pesky steering wheels and pedals to get us around. Who knows though, at the rate Tesla’s $25,000 model is scheduled to arrive, that tech may actually be a viable option.

Release timeline for Tesla’s newest and most affordable model

Per that same meeting mentioned above, Musk stated Tesla was aiming to begin production of its $25,000 model sometime in 2023.

This latest news combats previous reports that Tesla’s R&D center in China had already completed a prototype and trial production overseas would begin by the end of the year.

Both rumors could be true, at least the fact that Tesla does in fact have a prototype, and that series production will begin two years from now. Trial production beginning before year’s end however, seems much more unlikely at this point, based on Musk’s 2023 production target alone.

Trial production in 2021 would more closely correlate with series production next year, not 2023. Additionally, Tesla will rely heavily on its evolving battery technology to truly hit that $25,000 price point, and it’s simply not there yet.

A huge factor will be batteries.

When Elon Musk first announced the $25,000 Tesla in 2020, it was with the caveat that its price point could be achieved through Tesla’s new battery cell and battery manufacturing effort. The Lithium Iron Phosphate (LFP) chemistry in Tesla’s 4680 cells could reduce EV battery costs by over 50%.

It’s tough to imagine a scenario where Tesla hits this magic number without slashing its battery costs significantly. Especially since Tesla really hasn’t been able to maintain a price point below $40K for any of its current models apart from haphazard stints with the Model 3.

A lot of Tesla’s future potential in EV performance will rely on the LFP cells if and when they are scalable.

This future will now include the “Model 2,” “Model Q,” or whatever we’re calling it this week. In fact, it’s fair to argue that the $25,000 Tesla will live or die by Tesla’s targeted battery manufacturing goals.

Other specs and the latest updates

Aside from the details above, we don’t know much else about Tesla’s $25,000 EV. Here are some other rumors we’ve heard alongside the latest news to keep you in the know.

What would be the cheapest Tesla model ever is rumored to have over 200 miles of range and be fully autonomous.