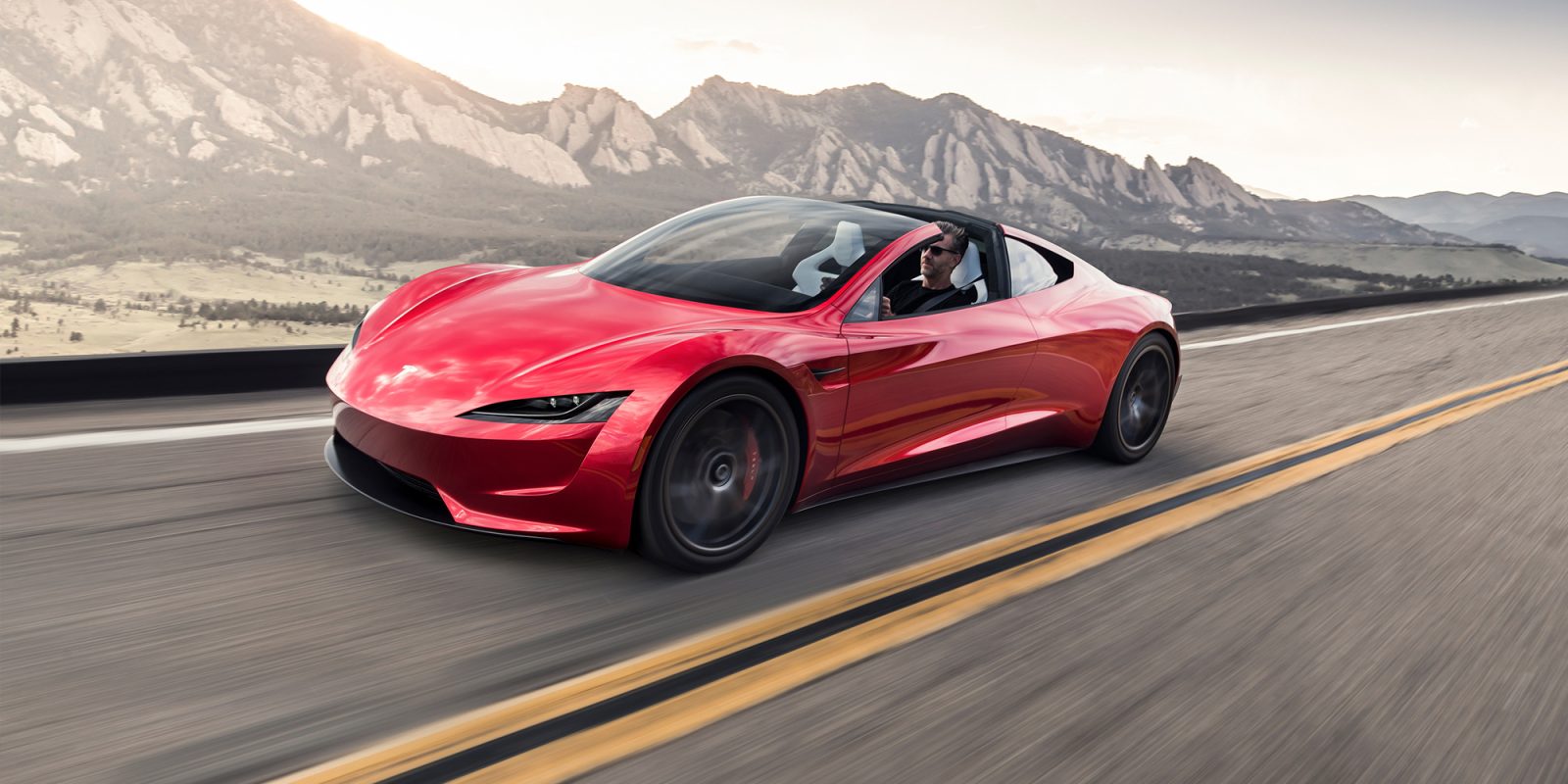 Tesla CEO Elon Musk confirmed that Tesla is updating the new Roadster design, and it looks like it’s going to achieve a 0-60 mph acceleration in a mind-boggling 1.1 seconds with the SpaceX package.

The new Roadster prototype is currently being displayed at the Petersen Museum in Los Angeles.

We shared a close look at it with a walk-around video.

It’s a rare opportunity for the public to see the electric supercar in person and people have been taking advantage of it.

They’ve been sharing pictures and videos of the new Roadster on social media.

Musk commented on one of those and said that Tesla is updating the design of the Roadster for the production version:

One thing that we missed in our close look at the Roadster prototype at the museum is the plaque in front of the vehicle talking about the acceleration time with the SpaceX package:

Demonstrating the versatility of electric power and adding extra distinction to the car’s already high performance, an announced SpaceX package would outfit the Roadster with cold air rocket thrusters positioned at the rear, allowing for a 0-to-60-mph acceleration time of 1.1 seconds – largely unprecedented among modern road cars.

Assuming that Tesla worked with the museum on the plaque, it could mean that it could be the actual target for the SpaceX package.

When first unveiling the vehicle, Tesla claimed a list of insanely impressive specs for the new Roadster, including 0-60 mph in 1.9 sec, 620 miles of range, and more.

However, the CEO quickly added that the insane specs announced in 2017 for the new electric hypercars are only “the base specs.”

Musk later explained that Tesla plans to offer a “SpaceX package” with cold air thrusters around the vehicle to boost performance.

While it almost sounded like a joke at first, he made it clear that they absolutely plan to bring the feature to production.

Most recently, Musk said that it will be “like full-on James Bond,” and that a thruster is going to be hidden behind the license plate.

At this point, it’s still not clear how much faster than 1.9 seconds to 60 mph the new Tesla Roadster can get with the SpaceX package, but some have suggested that it could accelerate to 60 mph as fast as 1.1 seconds.

Last year, a CGI artist produced a render of the Tesla Roadster accelerating to 60 mph in 1.1 seconds, and it looks like something no one should be allowed to do.

Tesla plans for the engineering of the new Tesla Roadster tp be completed this year in order to enter production in 2022.