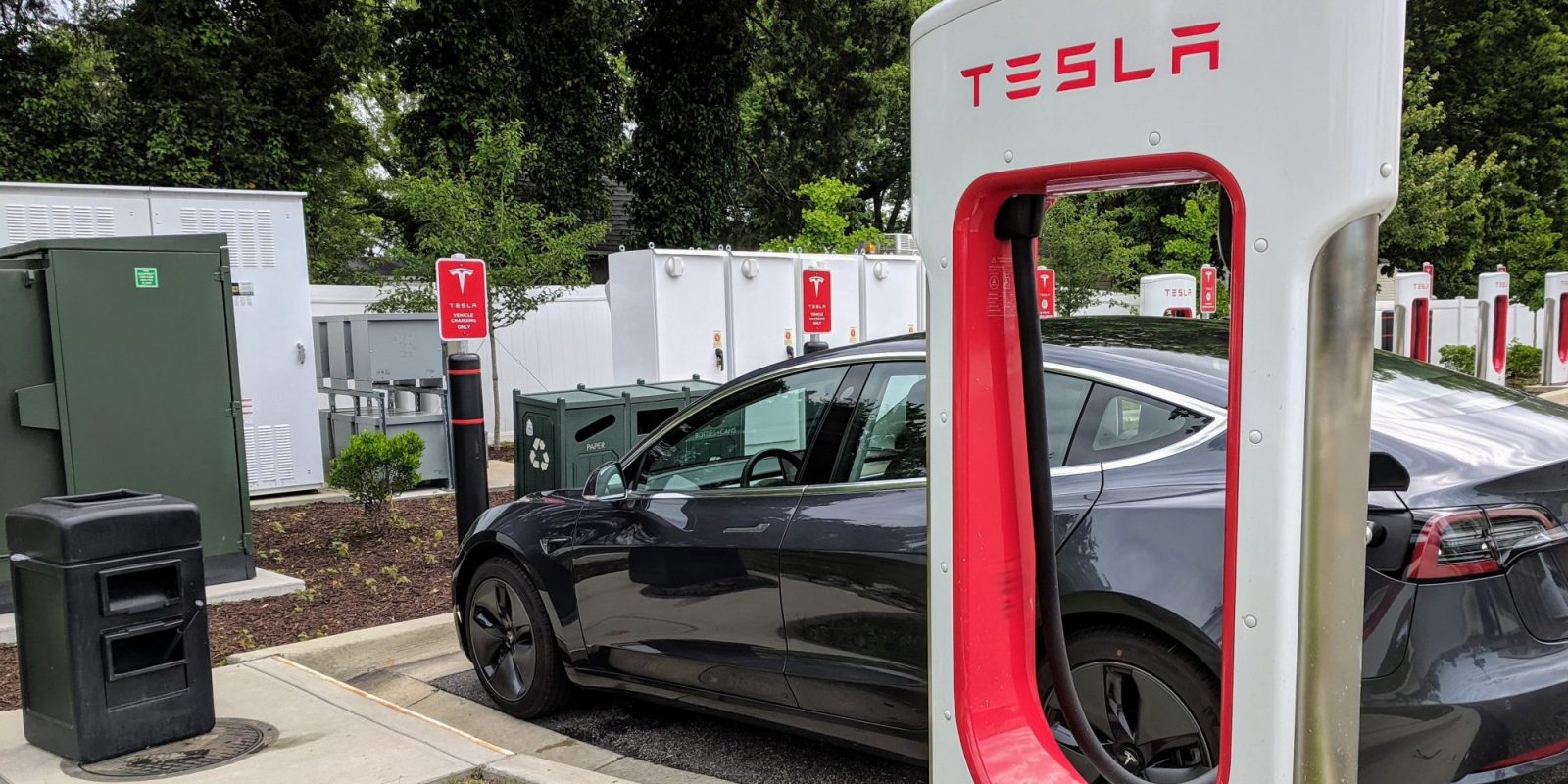 This is a huge blow to Electrify America and EVgo. Both firms bill by the minute for EV charging, leaving drivers with sticker shock and feeling ripped off by the end of the session. Chargepoint will also be negatively affected, as many of their site-host partners choose to bill per minute. And while Tesla already bills by the kilowatt-hour, California will also be requiring charging stations to physically display “on their face” important information about electricity cost and delivery, a move that will put the most burden on Tesla’s Supercharger stations.

In the lead-up to the rule, charging network operators repeated their usual arguments about “selling a service” versus selling electricity, but California wasn’t having any of it:

“Handbook 44” refers to a set of industry guidelines published by the National Institute of Standards and Technology (NIST), part of the US Department of Commerce. Individual states generally adopt the standards, but are free to make modifications. California’s Division of Measurement Systems (DMS) has just sent its final version of the rules for the state to go into effect January 1, 2020. The DMS sets the standards for anything that weighs or measures items in commerce.

Kevin Schnepp, environmental program manager at the DMS, gave a great quote to E&E‘s David Ferris: “If someone was selling you something based on time, and they controlled the time that it was dispensed, would you trust them?”

Electrek e-mailed Schnepp about operators’ ability to charge separate fees, who confirmed, “Electric vehicle service providers are allowed to charge ancillary fees such as: a connection fee; waiting fee for staying connected after reaching full state of charge; parking fee where such charges are normally applied; and a non-network access fee where applicable, provided that these fees are disclosed to the consumer prior to initiating a charging session (there may be other allowed fees not identified in this example).”

The new rule requires that charging stations (Electric Vehicle Service Equipment, or “EVSEs”) have a “primary indicating element” directly “on the face” of the station. This display will show the EVSE’s kWh capacity, price per kWh, and a running meter of kWh delivered. A lot like gasoline pumps already do. This rule will only apply to new Level 2 chargers deployed 2021 onwards, and DCFC chargers deployed 2023 onwards. But as of 2031 for Level 2 and 2033 for DCFC, all EVSEs in the state must comply with the rule, no more grand-fathered exceptions.

The industry pushed back, but DMS said California law has already settled this issue:

Another predominant alternative proposed by stakeholders is to remove the requirement to have a primary indicating element on the EVSE, as defined in NIST Handbook 44. This alternative is contrary to California law regarding commercial weighing and measuring devices. BPC § 12510 (a)(6) requires the owner of the commercial device, not the purchaser, to position the indicating element in such a way that required indicating information is made available and can easily be read by the purchaser. Several EVSE manufacturers have designed their commercial EVSE without a primary indicating element incorporated in the device. This would require the purchaser to use a mobile device or their vehicle’s telemetrics and on-dash screen to view the required information. While this alternative lessens the financial impact of this proposed regulation on EVSE manufacturers and EVSE owners/operators, it transfers the responsibility to the purchaser of electricity as motor vehicle fuel. The Department does not have authority to propose a regulation in conflict with existing California law and regulation.

DMS notes that even though the display must be “on the face,” the rule “does not require the EVSE’s primary indicating element to be directly integrated into the device.” So Tesla can come up with a display that affixes to the Supercharger, rather than integrating it directly.

Utility owned and operated stations exempted, but not if they subcontract to private operators

Schnepp tells Electrek, “Charging equipment owned and operated by a municipal utility is exempt from the regulation unless they subcontract the operation and maintenance of the equipment.” This makes sense, as utilities have always had strict rules requiring highly accurate measuring and pricing of electricity delivered. In Maryland, utilities have begun offering EV fast charging, but they subcontracted to Greenlots, and the stations do not list the price they charge: 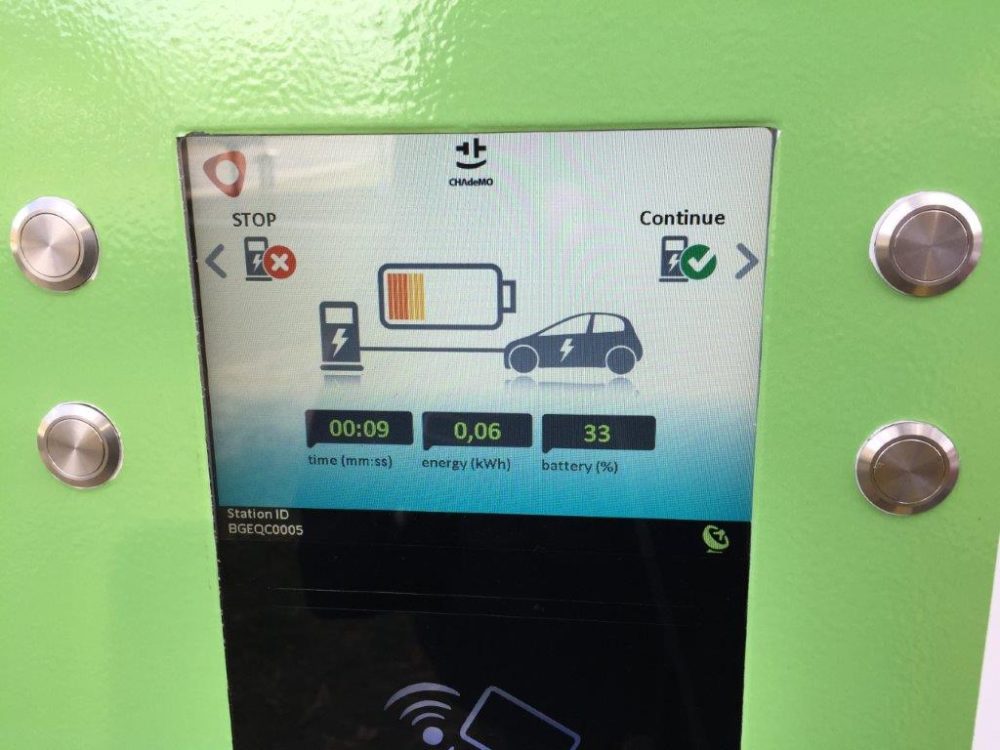 We love the Golden State here at Electrek. It’s so refreshing to see policy makers who aren’t entirely captured by the industry they’re supposed to be regulating. Congratulations to the team at California’s Division of Measurement Systems for a job well done.

Private network operators have offered poor value to EV drivers, charging high rates, while also lobbying against utility-owned and operated charging (where rates would be set by public service commissions). They even succeeded in convincing some regulators to require utilities to bill much more than they would otherwise bill so as to not undercut these private firms. Ridiculous.

In DMS’ survey of existing EVSEs, they found stations with equipment that DMS felt could not accurately convey energy delivered. These regulations will enable effective auditing of for-profit EVSEs and ensure the public isn’t getting ripped off. We hope other jurisdictions follow suit, and if private operators don’t like the rules, they’re free to step aside and let our utilities take over.