Curse Electrify America (EA) if you want. Giovanni Palazzo, the CEO of the nationwide charging network, invites criticism if you have a terrible experience at an EA location. We spent a full hour last week with Palazzo, and COO Brendan Jones, discussing the challenges of creating an open nationwide network of ultra-fast EV chargers. Electrify America has made a lot of progress, but its leaders admit it has a long way to go to serve the next generation of EV drivers.

Palazzo told us that the company has commissioned about 341 sites, a rate of about one location per day in the past year. He highlighted that most of these stations offer 150-kW and 350-kW chargers with liquid-cooled cables.

Palazzo explained that the company’s top leadership looks at every single PlugShare comment about an EA charging event. According to Giovanni, 56% of EA check-ins are ranked between 9 and 10 ­— and 27% are between 7 and 9. But what gets his attention are the reported problems.

We do a root cause analysis to understand the KPIs for our network. When we have crashes, we define the fixes.

We cluster every single ticket into a category. In each category, it’s time and cost. We need to go on the site immediately and add a fix within 24 hours.

It’s about the team’s ability to understand what’s going on minute by minute.

Palazzo praised what Tesla was able to do with its SuperChargers network over the past seven years. “What they did was fantastic,” he said. “We are trying to do the same on the CCS side as an open network for every single car in the market.” To be fair, the complexity of building a network obviously increases if you’re accommodating every new EV, and doing it at a breakneck speed. 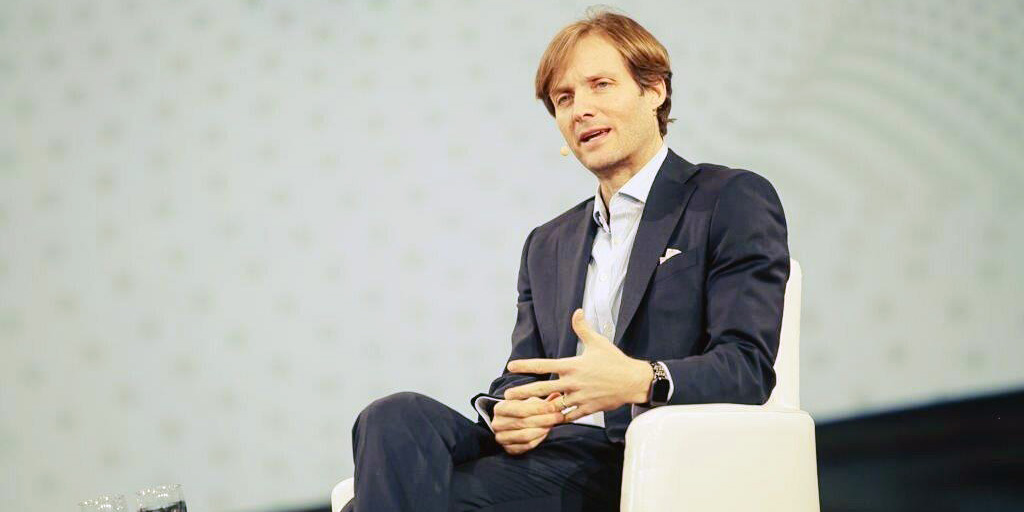 But we didn’t let Electrify America off the hook. Our round of questions started with why it’s taking so long to get fast chargers on main highway routes, like I-5 between San Francisco and Los Angeles. Harris Ranch was the location for Tesla’s very first Supercharger, but EA still isn’t live there.

Gaps in the map

“We had to work hard on Harris Ranch. It took a while to get that agreement written on top of the Tesla agreement and for them to allocate space,” said Jones. He explained that Harris Ranch had to allocate additional space and give up more parking spaces. “But it’s now in build,” Jones confirmed.

We started 15 months ago. Give us a couple of weeks to be everywhere. After 15 months of operation, the distance between sites is, on average, 70 miles. On the highway, the highest range is 120 miles.

Palazzo and Jones outlined Electrify America’s methodology for choosing a charging location, which includes a gap analysis to discover where distances between chargers are still too long.

The organization’s efforts recently shifted from highway infrastructure to cities. The team looks at zip codes based on projected EV sales. Then they analyze how “friendly” the local utility is regarding fees for high demand and the local authorities are for permitting. “There’s a lot of complexity,” said Palazzo. Specific sites need to have amenities, such as good lighting, a bathroom, and 24/7 services.

“Sometimes, they want to put you in the back by the dumpster,” Jones said. “We prohibit that. It has to be on front sightlines.” If the conditions aren’t met, Electrify America walks away.

On the day we met with Electrify America, the team could see that a Porsche Taycan had charged in Burbank, California, at 247 kilowatts. The highest rate they’ve seen is 286 kilowatts.

On the previous Friday afternoon, at a location in Pennsylvania, three Audi e-trons simultaneously charged at 150 kilowatts. “It was no problem,” said Palazzo. “Every charger delivered at normal capacity.”

The drivers paid about $20 each, but the bill from the local utility for so-called demand charges to the network totaled a shocking $1,300 — just for that session. Palazzo said that EA is adding battery storage to more than 100 of its locations, but it’s only enough to mitigate about 30% of those high-demand costs.

Jones called for more utility rate reform, like what Southern California Edison authorized last year. “We need more of them across the United States,” he said. “The negative impact of demand charges remains the dirty little secret behind the scene that nobody really wants to talk about.”

Electrify America faces other problems that impatient EV fans might see as excuses. Getting a building permit takes 73 days, on average, in California — compared to 55 days as a national average. Change orders are rampant causing further delays, sometimes based on local officials not liking the “aesthetics.” 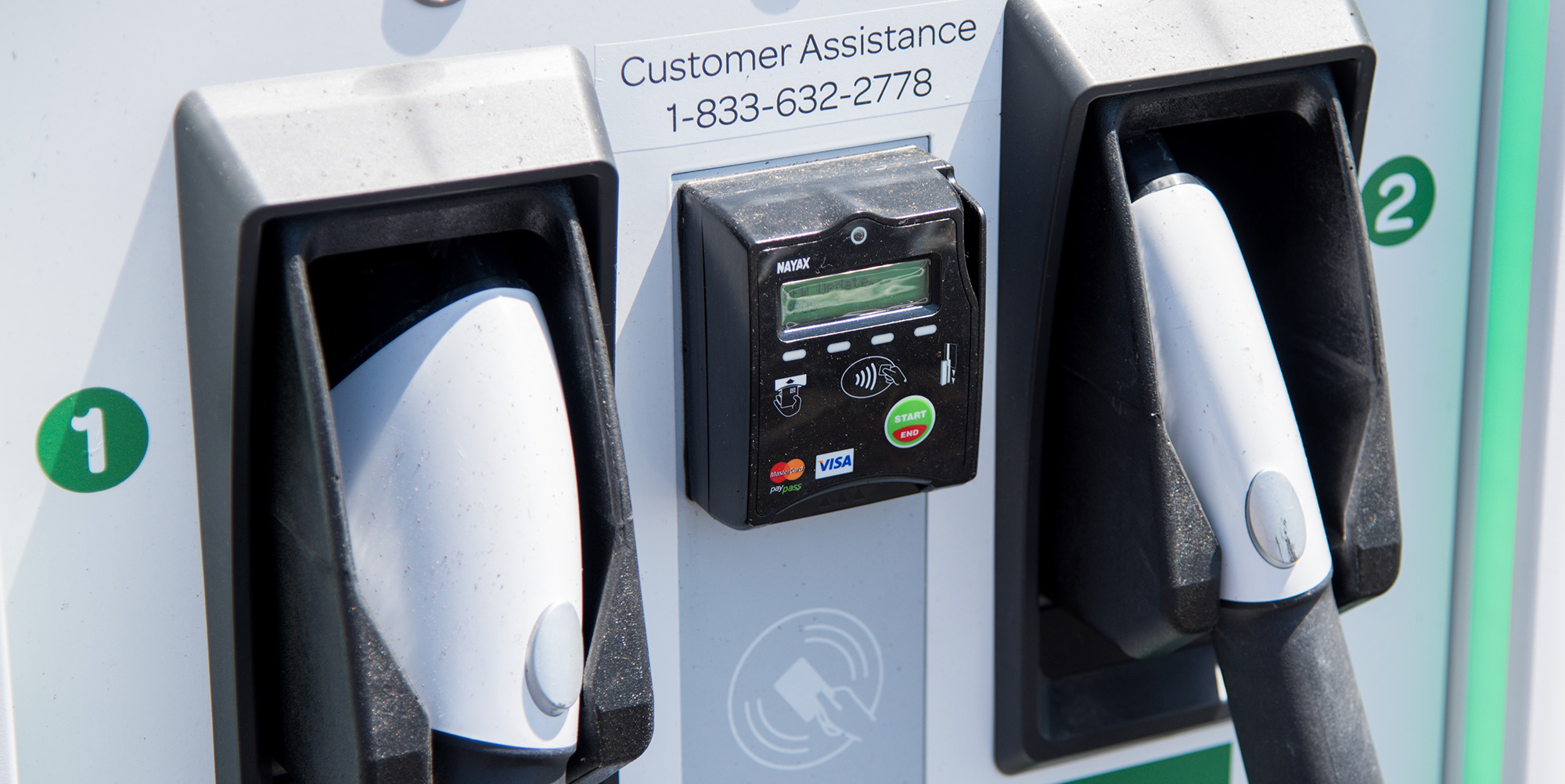 One of the biggest problems is faulty credit-card readers. Not only do many of Electrify America’s stations have connectivity problems, but even when a connection is made, a charging session can be dropped halfway through. That’s because the financial session is open until a final payment amount is determined. The connection gets lost in the middle, causing the driver to start all over again. Using the Electrify America app solves the problem.

Other bugs include miscommunication between the vehicle and the charger. E-tron drivers have been unable to remove the cord after the session is completed. (That problem was on the vehicle side. Audi separately told us that a software update will be deployed this week to solve the issue.)

Jones said that “two more fixes” for the credit-card issue will be put in place by the end of this year.

Problems like these are partly why Electrify America has multiple charging stations at each location. If one fails, try another. “It’s the gas pump with the bag on it,” said Jones. “We are working to avoid customers moving from one charger to another.”

The long-term fix is plug-and-charge, based on the ISO 15118 standard. Tesla drivers roll up to a SuperCharger, plug in, and the payment happens in the background. Electrify America is working to install the same approach “on the network side.” But it doesn’t mean that every EV on the market will make the necessary handshake or set up its systems to complete a credit-card payment.

Every new EV buyer should ask: “Is this car compliant for 15118 plug-and-charge?”

Palazzo told us that EA has seen its first end-to-end, plug-and-charge transactions in action. And the company’s Herndon, Virginia-based labs are overbooked, with OEMs coming in to test all charging protocols.

Everything we heard from Palazzo and Jones gave us hope about Electrify America’s progress. Of course, it doesn’t mean that all of the charging network’s problems will be solved tomorrow. But EV adoption is relying on Electrify America and its 150-kW and 350-kW chargers to get the kinks worked out as fast as possible — ahead of the faster-charging EVs coming soon.

The extent to which EA can get things fixed depends partly on EV drivers. “We take Palazzo at his word when he says this:
We read every single PlugShare comment. Every single one. No kidding. We look every single time when every customer says what is going on.”