Two weeks ago, we reported on California’s new regulation that would ban electric vehicle charging companies from selling electricity by time, and also put in new physical display requirements for EV charging stations.

We’ve had subsequent conversations with California’s Division of Measurement Standards (DMS), and it’s clear the agency is counting on EV drivers to help them give force to their new regulation.

Why are charging operators still billing by the minute?

Our previous article conveyed that billing by the minute would be banned on January 1, 2020, when the regulation went into effect, and the physical display requirements for EVSEs would apply to new EVSEs built 2021 onward (for 240V AC) and 2023 onward. If you’ll pardon a defense of our reporting, here is the regulatory text:

S.2.4.1. Unit Price. An EVSE shall be able to indicate on each face the unit price at which the EVSE is set to compute or to dispense at any point in time during a transaction. A computing EVSE shall display the unit price in whole cents (e.g., $0.12) or tenths of one cent (e.g., $0.119) on the basis of price per megajoule (MJ) or kilowatt-hour (kWh). In cases where the electrical energy is unlimited or free of charge, this fact shall be clearly indicated in place of the unit price.

This sounds silent on billing, until you read the regulation’s accompanying “Final Statement of Reasons” (PDF). At the top of page 19, DMS is asked if the Unit Price provision above applies to just EVSEs built after the dates above, or to all current EVSEs as well. In a paragraph-long answer in the document, DMS is silent on directly addressing the phase-in dates while repeatedly conveying “that time is not an acceptable unit of measure for dispensing and billing electricity as motor vehicle fuel.” Nonetheless, the billing requirements are linked to physical-display requirements.

The ban doesn’t apply to new DCFC EVSEs until 2023 because, according to the Final Statement of Reasons, operators told DMS that “DC metering technology is still being researched and developed and is not yet commercially available.” Electrek asked DMS if that claim had been substantiated. DMS told Electrek, “No definitive data was presented that supported the claim of equipment not being able to accurately meter DC energy. Conversely, no commercially available equipment manufacturer came forward with a DC metering device claiming that it could measure within the adopted tolerances.” If you’re an electrical engineer, you can read more about accuracy classes and DMS’ phase-in requirements for DC metering in the Final Statement of Reasons, and please share your perspective in the comments. 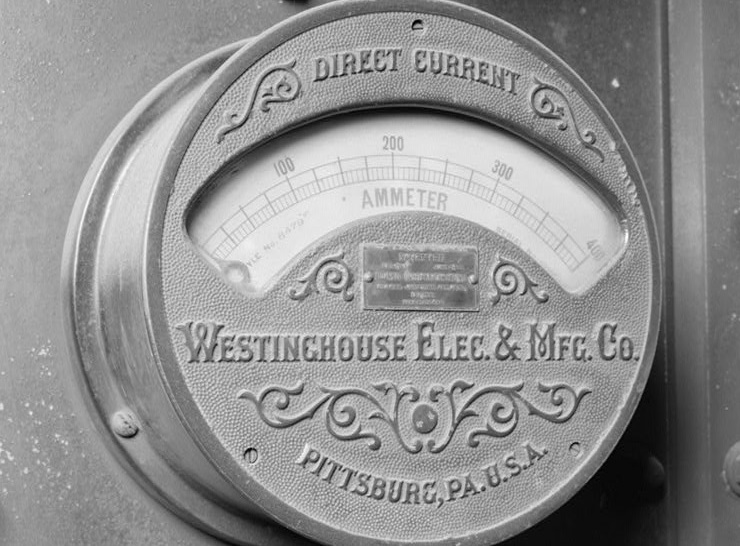 DMS’ message to EV drivers: Look for the seal!

The confusion above is more understandable when looking at it from DMS’ perspective, as opposed to the perspective of people driving EVs in 2020. From DMS’ point-of-view, this regulation is effective now (they downplay the phase-in dates). They repeatedly emphasize that they are ready to help EVSE operators comply right now by “type-approving” operators’ units. The units would then be inspected by a county sealer of weights & measures, county officials who already inspect pretty much everything used to weigh and measure in commerce. Inspected EVSEs would then receive the sealer’s official seal, giving confidence to customers that they’re not being ripped off by the operator.

DMS is clearly skeptical of current EVSEs, their ability to accurately convey how much electricity is being delivered, and even the notion that drivers should trust an operator who bills by time. In our previous article, we quoted Kevin Schnepp, environmental program manager at the DMS, who gave a great quote to E&E‘s David Ferris: “If someone was selling you something based on time, and they controlled the time that it was dispensed, would you trust them?”

E&E reported, “DMS found fuzzy standards that leave drivers susceptible to accounting errors and abuse. For one, charging stations have no norm for measuring how much electricity they are dispensing. Some stations are elegantly constructed to account for electrons, while others are cobbled together from the cheapest components.”

The hope is that long before the 2030s phase-in deadlines for existing EVSEs, drivers will come to expect and count on the seal from new EVSEs starting next year, and avoid EVSEs that don’t have them, thus pushing operators to bring their stations into compliance as soon as possible. DMS tells Electrek it has not yet received any requests for EVSE-type approval.

EVgo and Electrify America, however, both have national pricing plans that bill by time. The prices do very by state and region, but are always linked to time spent charging. However the moment they build a new 240Vac EVSE in California in 2021, or DCFC in 2023, they’ll have to have a new pricing plan, at least as far as that new California-based EVSE.

EVgo told DMS they will change their pricing structure to bill by the kWh. But will the companies announce new plans for California or the US as a whole, or adopt a parallel per-kWh pricing structure that only applies to their newly built EVSEs after the effective dates? Neither company responded when asked by Electrek on Friday.

ChargePoint has started to communicate with sites hosts and will ramp up those efforts throughout the year to ensure that they are prepared for the rule changes when they are enforced beginning January 2021. ChargePoint is supportive of DMS and believes that it’s best for drivers to be able to see what they are being charged and know that it’s accurate. ChargePoint’s technology already complies with the meter tolerances required and, as we make our own hardware, plan to submit our EVSEs for approval.

Tesla Superchargers can comply with a central display

DMS says under the regulation, operators with multiple EVSEs installed at one location can use a central display to show the required information for each EVSE. So rather than affix a display to each individual Supercharger stall, imagine one central “leader-board” listing each stall number, the price per kWh, the stall’s kW capacity, and — most significantly — a running meter of how many kWhs that stall has delivered to the car currently plugged in. This latter requirement will change the dynamics at Superchargers, as presently there is no way to know how long a Tesla has been charging at a particular stall. We picture something like this: 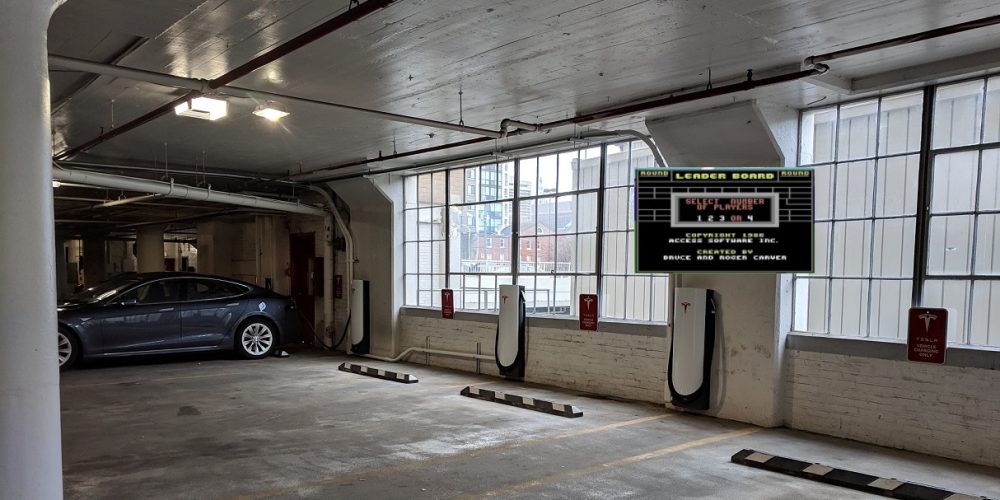 The new display reflects the status of California legislation, that the vendor has the responsibility of displaying the amount conveyed with their own equipment that is subject to inspection. A lot of Tesla enthusiasts protested this requirement, DMS stresses that it did not have the ability to change California legislation through regulation. In any event, it would be hard to see how an inspector could verify that a Supercharger was dispensing the right amount of electricity if the inspector didn’t have their own Tesla.

Intense lobbying and public relations campaign against this regulation

Electrek received an email from Sacremento-based Environmental & Energy Consulting claiming to represent the “Electric Vehicle Charging Association.” Electrek received no response to its inquiry as to the association’s membership. The

The corporate public relations campaign to undermine DMS’ rule assails it as “Gasoline Thinking,” cleverly designed to resonate unfavorably with EV drivers. But in reality, rules for weights and measures apply to every manner of device used in commerce. Civilizations have done this for thousands of years. Weights and measures were forefront of mind enough for the American founding fathers that they specifically wrote in to the US Constitution, Article 1, Section 8, the power for Congress to set uniform weights and measures rules. 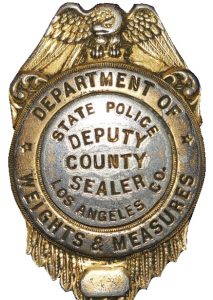 What about other fees?

As we reported in our original article, operators are “allowed to charge ancillary fees such as: a connection fee; waiting fee for staying connected after reaching full state of charge; parking fee where such charges are normally applied; and a non-network access fee where applicable, provided that these fees are disclosed to the consumer prior to initiating a charging session”.

They key word here, however, is ancillary. We previously quoted DMS’ Final Statement of Reasons that makes clear that these other services, such as parking, are secondary to the charging transaction. DMS would not discuss enforcement with Electrek, but if you believe an EV charging operator is ignoring the law, you can call or email a complaint to your district attorney’s office and the California Office of Attorney General.

We’re disappointed existing EVSEs can continue to bill by the minute into the 2030s. It’s not always so easy to find another charging station. No one knows this better than Hyundai Kona owners who’ve been hit particularly hard by Electrify America’s per-minute pricing scheme. If Tesla can flip from billing by the minute to billing-by-kWh the moment it became legal in each state, then why can’t the others? This delay seems wholly unnecessary, and likely to undermine enforcement of the new EVSEs that will be subject to the rule starting next year.

We hope consumers will listen to DMS, and seek out EVSEs with inspection seals from county officials before opening up their wallets to high-priced operators. Leave feedback on EVSEs’ Plugshare profile — “No Inspection Seal.” Does your ChargePoint site host operate an EVSE without a seal? You can start prodding the site host to get approval now.

If other car makers still want to rely on existing private charging network operators, then those OEMs need to lean on these operators and tell them to step it up. The legal bare minimum compliance won’t cut it.