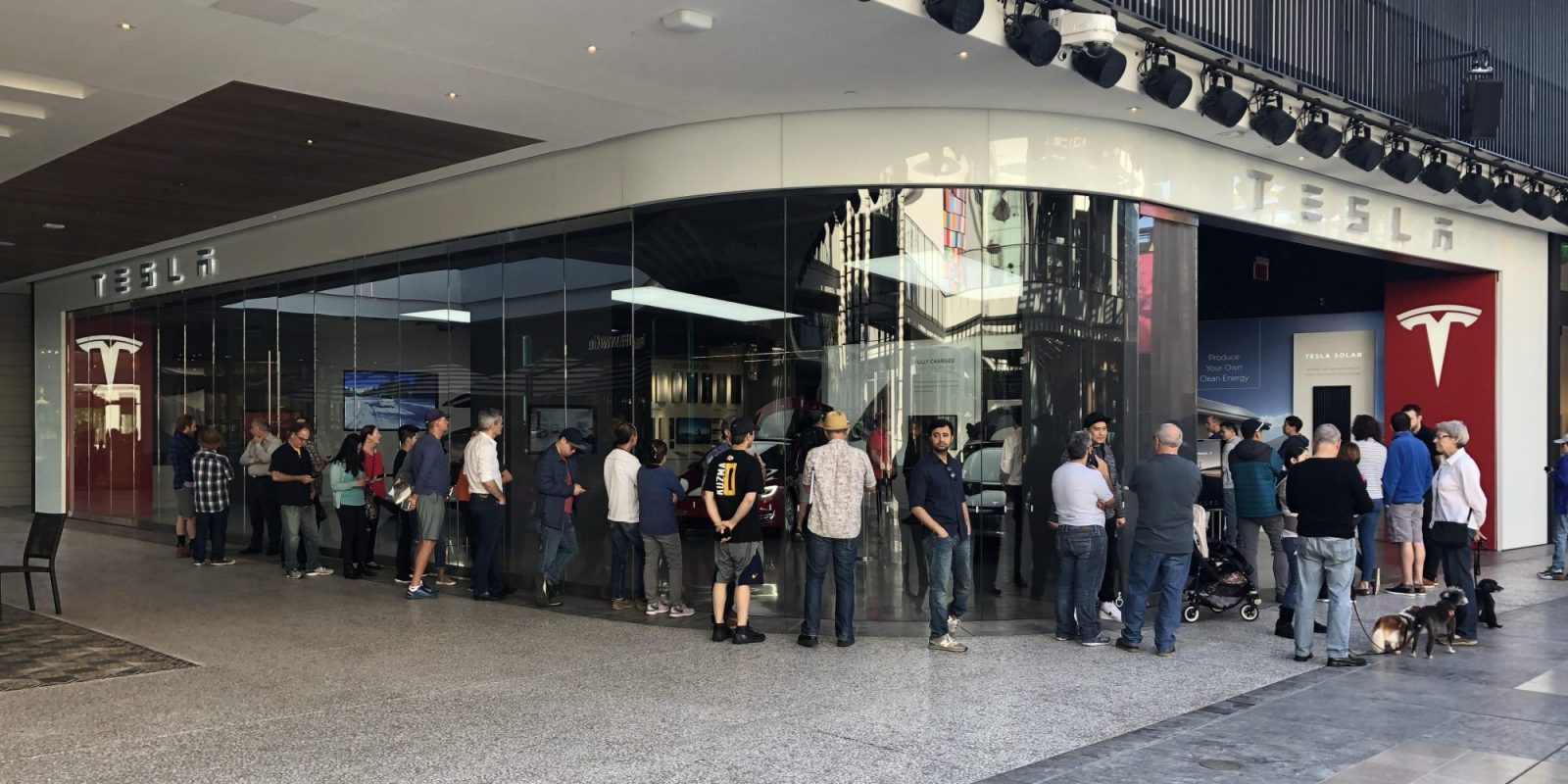 Autolist has released a new survey showing consumer attitudes on electric cars. Among other questions, consumers were asked what their biggest reasons were for not buying an EV, and the answers were pretty much what you’d expect.

The top reasons given were range, price, and charging. But the problem is that these concerns are, by and large, out of date.

In the chart below, you can see a breakdown of the most common responses.

Range, price, and charging are the top four responses, with No. 3 and No. 4 both being charging-related.

Almost half (~40%) of respondents were concerned about each of these issues, even though modern 250-mile range EVs are available new for under $30k post-incentive and are capable of 50-250 kW charging rates on thousands of chargers installed across the US.

These numbers are all good enough for the vast majority of drivers.

Despite “too expensive” being the second most common reason that consumers wouldn’t buy an EV (by a slim margin), respondents also stated (by a wide margin) that price would be their largest priority in deciding which EV to buy.

Survey respondents did have a reasonable estimation of how much range an average modern EV would have. When asked how much range they would expect from a $35,000 EV, the most common answer was 250-300 miles.

This is roughly in line with offerings on the market today, with around 250 miles of range (Bolt, Leaf Plus, Kona, base Model 3, etc.), though $35,000 is the pre-incentive price, and these cars should probably be thought of as $25k-$30k, or even less when gas and maintenance savings are taken into account.

Autolist also asked how respondents would use an electric car and how they felt about government support for them.

When asked about federal, state, and local incentives for EV adoption, a vast majority (69%) supported these perks, whereas only 16% opposed them.

Another positive insight is that a majority of respondents (55%) said they would use an EV as the primary vehicle in their home. Previously, anecdotally, many consumers thought an EV would only be useful as a secondary vehicle prior to purchase. After purchase, it often morphed into the household’s primary vehicle, due to superior driving experience, convenience, and low cost of home charging.

In the EV community, we’ve long known that “range anxiety” is something that is pretty much exclusive to people who don’t drive EVs. People are often concerned about range before they get an EV, but once they get used to the car, they realize it’s really not a concern at all. For the most part, it’s just more convenient to have a car you can fuel at home.

Let me illustrate this journey with a recent story.

A friend of mine recently bought a Kia Niro EV.  I’ve been on two cross-country road trips with this friend, and he prides himself on his ability and desire to drive long distances. Before getting the car, he asked me a lot of questions about specs and charging, and was often confused or intimidated by my too-technical answers (my bad).

But he went through with it anyway and leased a Kia Niro EV (which both Seth and Fred have liked). His was one of the first couple hundred delivered in the US, and the dealer he bought from knew nothing about the car, so he was flying solo in that respect. He’s asked me a few questions about quick charging, but for the most part has come to his opinions on the car on his own.

I went on a ride with him this past weekend to check out his new car and asked him how he likes it. And he said to me all the things that so many EV drivers have said all along: That it’s got more than enough range and he probably could have even bought one with a smaller battery to save money; that the car cost less than a similar gas car would because of low lease cost, cheap charging, and rebates; and that charging isn’t an issue even on long trips because you’ve got to stop for food anyway.

He’s leasing it for $319/month, which is cheaper than a gas Niro at $329/mo, he’s gotten rebates from both the state and his electric utility, and he saves money on charging as well. He hasn’t installed a charging station at home yet, and uses the included 120v cable. I don’t usually recommend this, but he has a short commute and can charge at a free charger near his work if he needs to.

He went on a recent road trip up to Chino and calculated that had he driven the Niro EV, it probably only would have taken him about 20 more minutes including food and charging stops. If he had a Model 3, it probably wouldn’t have taken any more time due to the car’s faster quick charging ability.  I took a recent 700-plus mile road trip to Mammoth up the 395 highway (not a very populated area) and had the same experience; I didn’t spend any time waiting for charging.

I mentioned to him that I’d use his story in this article, and he said, “That’s fine, it just doesn’t make sense to buy a gas car anymore.” This isn’t an exceptional response; just about every EV driver will tell you the same. What they thought would be issues before buying an EV turned out not to be issues at all.

So these issues mentioned in this survey are, for the most part, solved problems. Consumers just don’t know it yet.

They don’t realize that over 200 miles of range is more than enough for all but the most exceptional circumstances. They don’t realize how cheap EVs are once incentives and running costs are taken into account. And they don’t know how many public charging stations exist, and that they probably won’t use them very often anyway, because charging at home or work or wherever your car spends most of its time parked is so convenient.

Which makes reason No. 5, “don’t know enough about them to be comfortable buying one,” the most accurate and telling answer, in my opinion.

In particular, the answer about 400-500 mile-range cars is troubling. I’ve long thought that automakers, particularly Tesla, should stop chasing ever-higher range numbers, and should stop considering range as the one-and-only main feature to promote about their EVs, because then consumers fall into their typical “bigger numbers are better” behavior.  We recently wrote about this: “Tesla will soon have a 400-mile electric car and you don’t need it.”

This does a few bad things for EV adoption.

First, it allows automakers to advertise their gas cars or hybrids as having “600-plus miles of highway range.” This number is often made up, using favorable conditions (e.g. highway only) rather than EPA average estimates. Tesla, for example, could say their 100D can go 670 miles on a charge, if they wanted to be deceptive but still “technically correct.”  And these numbers are meaningless anyway, because everybody is going to stop at some point during a 600-mile drive.

Second, it makes EVs worse. Instead of offering a car with the right range at the right price, automakers keep stuffing more and more expensive batteries into cars, consumers think they need to buy the higher-range models because they think more range equals better, and then consumers complain about the price being too high.

But of course the price is too high if you’re carrying an extra hundred miles of battery that you’re never going to use. This extra weight also makes your car worse. It handles worse, it’s less efficient, there’s a bigger environmental impact related to its manufacturing, and those batteries could have been used to make another car, and thus take another gas car off the road.

So in the end, what this survey tells me is a deeper message than Autolist’s headline. Autolist’s press release says that price, range, and charging are the issues with EVs, but that’s not really what the issue is.

The issue is education.

Much like the apocryphal Ford quote about “a faster horse,” or Steve Jobs’ quote about “figuring out what consumers want before they do,” it seems that consumers don’t know what they want. Or even more, they don’t know what’s available. Range, price, and charging networks are all fairly poor reasons to avoid EVs in this day and age, unless you have a particularly exceptional circumstance.

Luckily, we here at Electrek, and our readers who tend to be well-informed about EVs, can solve that. Have some conversations with your friends about how easy it is to own an EV, and about how the main concerns from this survey really aren’t issues for people who are used to driving them. I’m sure you do this anyway. We EV drivers can be an insufferable lot, but we’ve got information that the public clearly doesn’t, so it can’t hurt to spread it.