The concepts keep coming out of the Geneva Auto Show this week, with Porsche unveiling a new one this morning – a fully electric sport crossover SUV adaptation of their not-yet-released Mission E.

The headline specs?  Porsche claims that the car will have 600 horsepower, do 0-60 in under 3.5 seconds, go more than 500km/310 miles on a charge, and charge at a rate of 400km/250 miles in 15 minutes.  Like many European announcements, though, these range numbers are based on the NEDC rating system, which is significantly more lenient than EPA numbers – the range would probably be something closer to 240-260 by EPA testing.

END_OF_DOCUMENT_TOKEN_TO_BE_REPLACED

Last month, Porsche said that it wouldn’t be quite as profitable in the short-term due to a significant investment of €1 billion and the hiring of 1000 workers to start making all-electric cars, more especially, to make its upcoming Mission E.

The German luxury automaker, which is part of the Volkswagon Group, has yet to announce any details of its battery pack other than what we can see on the picture above, but today we learn that the battery supply contract now comes down to a competition between Panasonic and Bosch. END_OF_DOCUMENT_TOKEN_TO_BE_REPLACED

An interesting video of the Porsche Mission E surfaced on Reddit this week. It gives us one of the best look of the interior of the concept and the structure of the electric drivetrain. END_OF_DOCUMENT_TOKEN_TO_BE_REPLACED

My skin crawls every time the press calls the Porsche Mission E a “Tesla Killer”, which is often. Of course, it could simply be attributed to “clickbaiting” since they rarely if ever base the statement on facts, but the notion is especially ridiculous because if anything, the Mission E actually validates Tesla’s lead. END_OF_DOCUMENT_TOKEN_TO_BE_REPLACED

Porsche announced today the green light for its first all-electric model, the Mission E concept unveiled at the Frankfurt Motor show earlier this year, for production by the end of the decade. The company will invest over $700 million to expand its assembly capacity and include the production of electric motors. END_OF_DOCUMENT_TOKEN_TO_BE_REPLACED 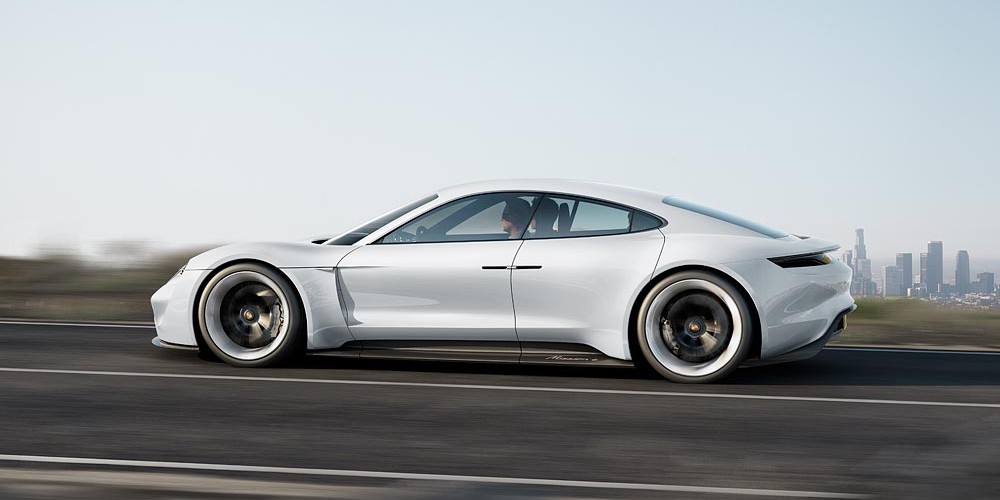 Ahead of the Frankfurt Motor Show starting this week, Porsche introduced a new all-electric concept: the Mission E. The four-seat sport car is a first for the luxury car brand. The company is aiming for high performance with 440 kW output, 0 to 60 mph in 3.5 seconds and over 310 miles of range (500 km).

See gallery of pictures below. END_OF_DOCUMENT_TOKEN_TO_BE_REPLACED