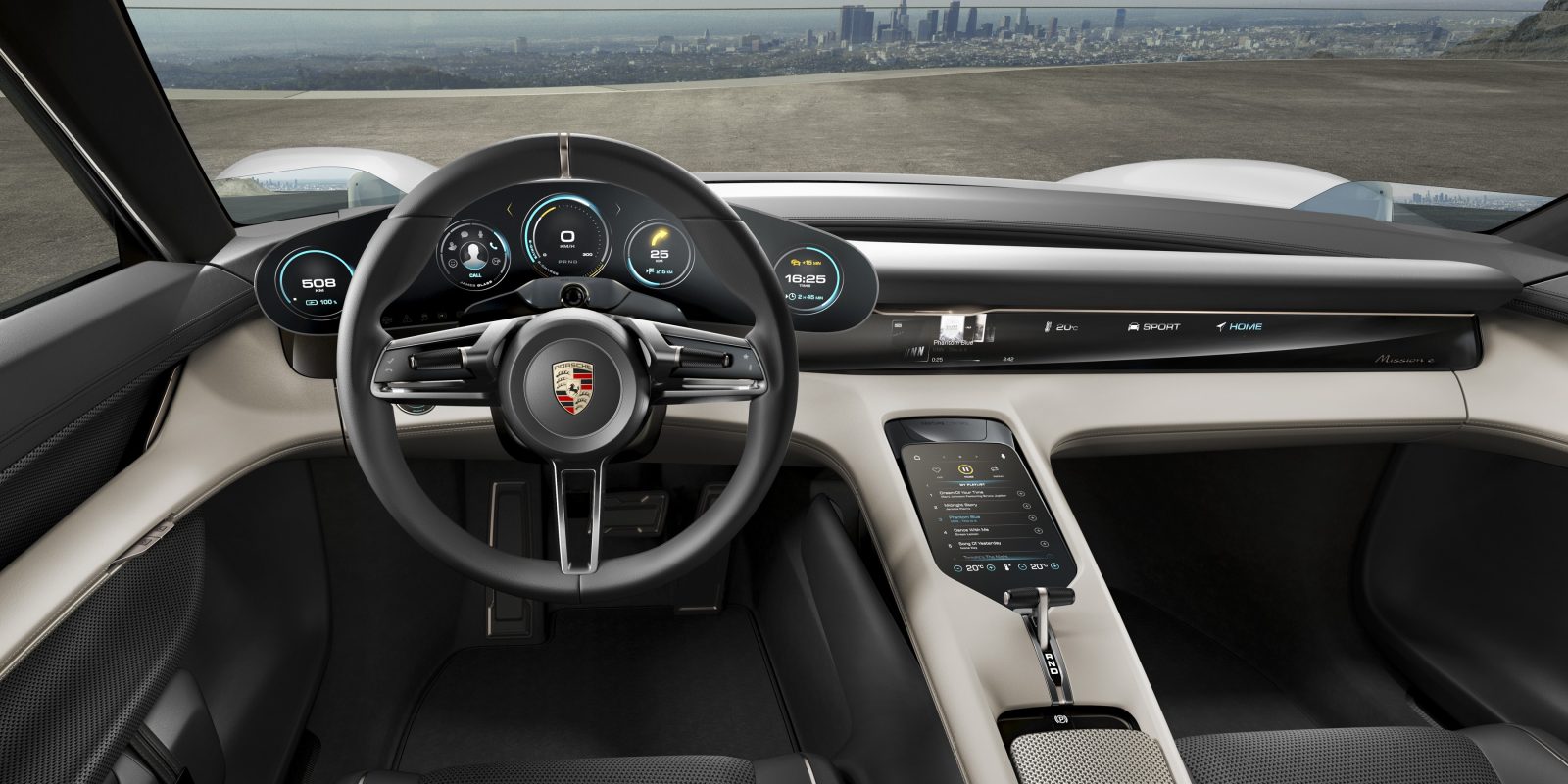 Félix Godard is a young car designer who has been working for Porsche for the last three years after completing a Master in Industrial Design from Strate School of Design, France, in 2012. He was credited as ‘lead designer’  on both the Mission E concept and its upcoming production version, according to his LinkedIn profile.

At Porsche, Godard is listed as an inventor on several patents for new instrument clusters and heads-up/holographic displays.

Here’s a quick look at the Mission E interior design (Godard is the man wearing a gray shirt in the video):

Godard is joining Tesla just a week after the automaker unveiled the first Model 3 prototypes, which were generally well-received, but the interior had Tesla enthusiasts puzzled. The lack of instrument cluster and the center 15-in display with all the controls raised a few eyebrows.

Some speculated that the concept is hinting at the possibility of either a heads-up display or fully autonomous technology integration. Musk commented that it will make more sense after the second part of the Model 3 unveiling, which will happen closer to production in late 2017.

One of the most attention-grabbing feature of the Porsche Mission E was its “holographic display” extending from the center to the passenger side. Porsche describes the display:

“The upper layer integrates the driver’s display, and between the levels there is a holographic display that extends far into the passenger’s side. It shows individually selectable apps, which are stacked in virtual space and arranged by priority with a three-dimensional effect. The driver – or passenger – can use these apps to touch-free control primary functions such as media, navigation, climate control, contacts and vehicle. The desired symbol is activated by gestures that are detected by sensors. A grasping gesture means select, while pulling means control. Moreover, driver or passenger can use a touch display on the centre console to control secondary functions such as detailed information menus.”

Here are a few pictures of the Mission E Concept interior:

If you want to see more of Godard’s work, you can check out his blog where he posts some of his designs unrelated to Porsche. Also, he is not the only recent addition to Tesla’s design team. Last month, Tesla hired WooTak Kim, a young exterior designer from Mazda.