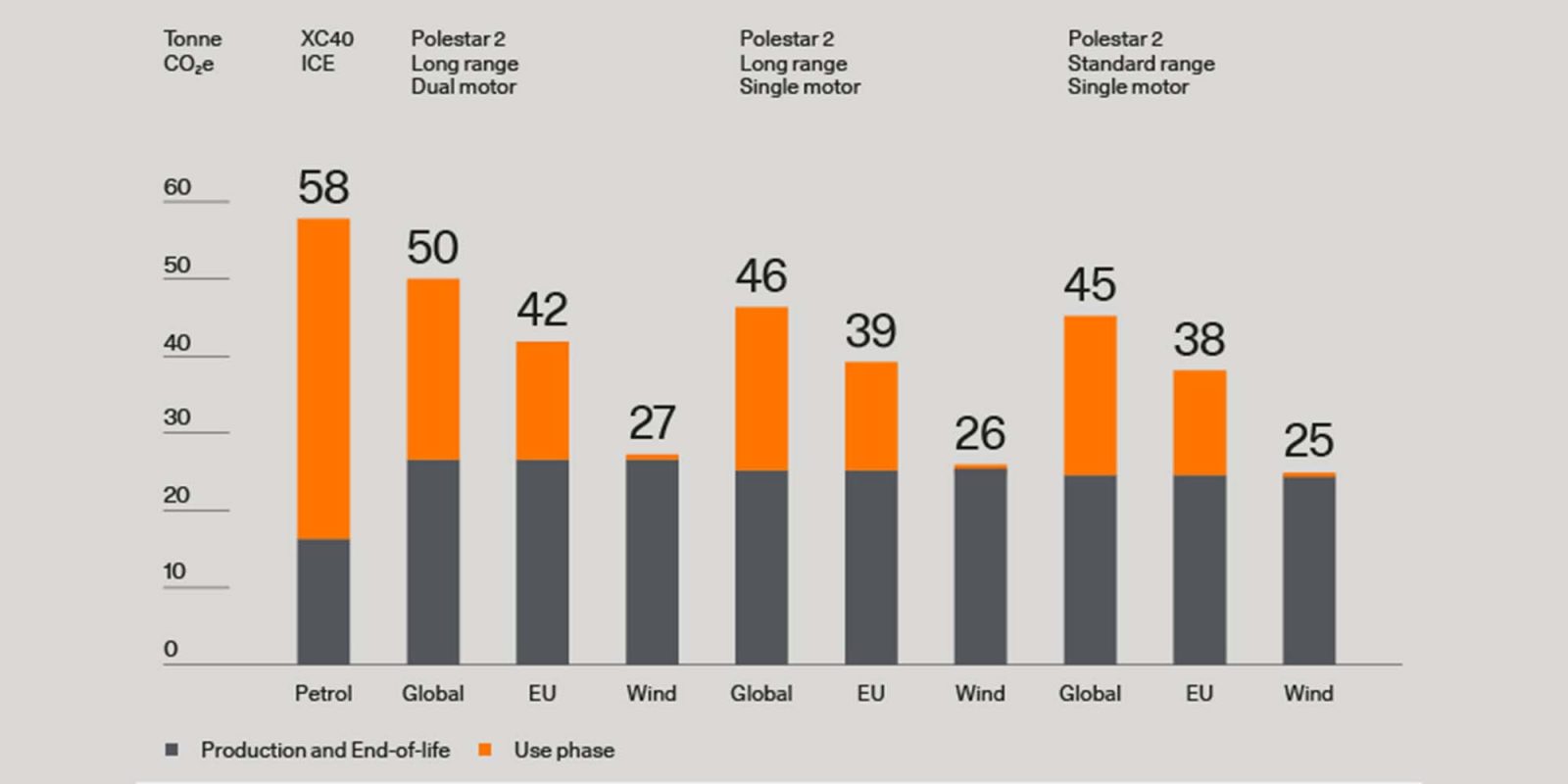 In a refreshing display of transparency, Polestar has publicly shared details of the carbon footprint of its EV models compared to ICE vehicles. With this data, Polestar looks to better educate consumers and build trust as it pertains to emissions.

Polestar is a Swedish car brand launched in 2017 that focuses on premium EVs. The automaker is the child of an “independent” venture co-owned by Volvo Cars Group and Geely Holding. It currently offers two electrified vehicles – the PHEV Polestar 1, and the the all-electric Polestar 2.

The company has also been given its Precept concept EV the green light for full-production, and has been documenting the entire process for consumers. It’s a small but interesting peek behind the curtain of a growing EV company backed by two major automotive groups.

This past July, we reported that Polestar had shared goals to double its global retail and market presence by the end of 2021.

Forward-thinking Polestar now looks to corner that piece of the EV market by building consumer trust through pertinent emissions data.

In a recent press release from the company, Polestar shared data pertaining to the carbon footprint of the entire life cycle of each version of its Polestar 2 EV.

In doing so, Polestar hopes to lead by example in an automotive industry riddled with lies and misinformation, particularly surrounding the environmental impact of a given brand’s vehicles.

Recent research conducted on behalf of Polestar showed that only one in four consumers trust auto manufacturers to be transparent and operate in the best interests of society. Furthermore, over half of those consumers demanded more transparency and the ability to compare CO2 footprints between vehicles.

Polestar hopes that transparency with consumers can help drive sustainability throughout the industry of both ICE and electric vehicles. Company CEO Thomas Ingenlath elaborated:

Car makers need to take full responsibility. Every week, we see a new announcement that an auto maker is changing direction towards electrification. But going electric alone is not enough. Making cars electric is not the end game, it is a starting point. We need to be honest and transparent.

The latest LCA found the latest Polestar 2 variants (Long range single motor and Standard range single motor) leave the factory with carbon footprints ranging between 24 and 25 tons of CO2e. This number then plateaus during the use phase if the car is charged using green energy.

The Long Range dual motor’s footprint saw an improvement from 2020, down from previous data of 26.2 tons of CO2e. Fredrika Klarén, head of sustainability, spoke to the data:

We are working toward net zero production emissions, but our LCA shows that Polestar 2 is already a climate solution. EV technology provides a car with less than half the carbon impact of an equivalent petrol car if charged with green energy.

Polestar already displays the CO2e footprint and traced risk materials of each version of Polestar 2 through its Product Sustainability Declaration. The automaker said its declaration will now be updated to include the newer versions of Polestar 2, helping consumers more clearly consider the climate impact of each EV in addition to more common factors like price and range.