Opel ‘surprised’ as Mokka-e sells out before launch. When will manufacturers learn EVs are popular? 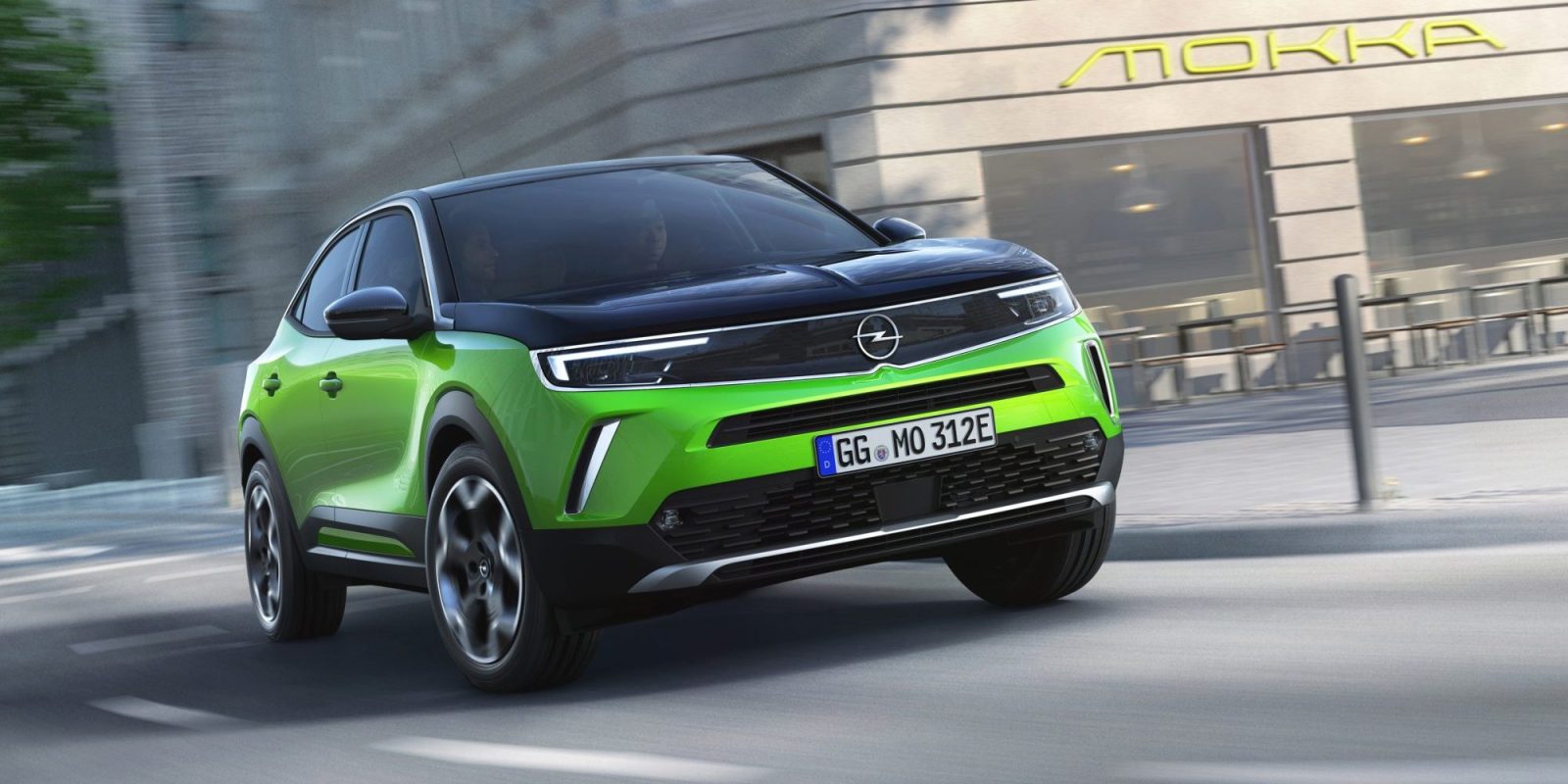 It’s happened yet again: Another EV sold out before it launched. This time, it’s the upcoming Opel Mokka-e that is sold out in Europe, even though the car won’t hit the road until next March. Opel says they were “totally surprised” by the demand and were expecting a “high-four-digit” number of sales next year.

Opel is not the first company to experience this. GM, Ford, Porsche, VW, and others have all had a hard time meeting initial demand for their vehicles, or sold them out well in advance of launch. So if this keeps happening, what’s it going to take to convince manufacturers that consumers want electric cars?

Not only did Opel sell out the initial “Edition” model, but even the base model’s next year production has already been sold out. Attractive pricing, particularly due to strong government incentives which reduce the price of the car by nearly a third, were responsible for high sales in Germany – but out-of-Germany sales were also much stronger than expected.

We haven’t covered the Mokka-e here on Electrek before, because we primarily focus on the US market and cars that will be available in the US, though we’ll also cover notable efforts from around the globe. The Mokka-e looks like a perfectly competent small SUV, though it shares a platform with a diesel and gasoline model, and thus we can imagine there will be a few design compromises as a result.

For more on the Mokka-e, check out Fully Charged‘s walkaround of the car from last month:

Opel also used our favorite weasel word — “electrified” (elektrifiziert) — to state that they will have nine electrified models available by the end of 2021. But as we keep pointing out, this word includes conventional hybrid cars that still run fully on gasoline, rather than cars with plugs that can get away from oil altogether (which is what Electrek is primarily interested in).

But this article is less about the Mokka-e itself, and more about the constant trend of automakers underestimating EV demand which they themselves are responsible for suppressing.

Worse yet, companies will make these statements while running deceptive anti-EV ads or lobbying efforts to stop EVs in attempts to actively suppress the demand they claim isn’t there.

But whenever a manufacturer does release a compelling EV — one that’s built on a new platform, or has a well-thought-out design, or has any marketing campaign behind it whatsoever, or is available in more than a handful of US states, or has dealers that actually want to sell it — it sells out instantly.

Even now, during the ongoing COVID-19 pandemic, which many worried could lower EV demand, we’ve seen massive boosts in electric car sales, alongside massive drops in gas car sales. These effects started right off the bat in March and have continued since, and seem to affect most markets globally.

It would seem that there is a disconnect, then, between consumer demand and companies’ perception of it.

What do consumers want?

What companies need to realize is that, in a highly consumerist society, availability can often drive demand. This is true in the literal sense that consumers won’t want to buy something that they can’t get, and will choose (often out of necessity) something they can get now rather than something they have to wait months or years for. But it’s also true in another sense: consumers can’t want something that they don’t know is possible.

Steve Jobs, during Apple’s meteoric rise to become the largest company in the world, once said about the iPod: “People don’t know what they want until you show it to them.” He was echoing the common but apocryphal saying attributed to Henry Ford: “If I had asked my customers what they wanted, they would have told me a faster horse.”

So when dealerships put a single retrofit compliance car at the back of the lot — languishing with low charge and salesmen who forgot where they left the keys and therefore can’t offer you a test drive but, hey, the gas version is right here, so why don’t you drive that one? — which is only there so the automaker can qualify for some ZEV credit and sell more gas guzzlers, it stands to reason that customers might not flock to the strange new technology that nobody has bothered to make compelling.

But when automakers do design a car and show people what’s possible, the consumers will be there. And, as far as we can tell, this has been the case for just about every serious electric vehicle effort announced so far.

Then there are compounding effects on top of that. Release a compelling electric car and the consumers who are lucky enough to get one will sing its praises. This is the much-vaunted “word of mouth” that companies love to get, the best type of marketing, because it’s genuine and doesn’t cost the company anything.

This is how Tesla went from a boutique manufacturer of a one-off car to one of the largest automakers in the world (by market cap) in just under 10 years, largely driven by word-of-mouth advertising by satisfied owners.

We suspect the same will happen with other sold-out EV efforts. We’re already starting to see it with the Taycan, which is attracting a lot of praise and crushing sales numbers for Porsche.

So why not make more cars?

The problem, a lot of the time, is battery contracts. Lots of manufacturers set up contracts with battery makers a few years in advance, and base their orders on mild projections of EV demand years in the future.

Even Tesla, a company that has always focused on compelling electric cars and has never worried about whether there will be enough consumer demand, has consistently fallen behind on this curve. The company has been production-constrained for most of their history, buying as many cells as Panasonic can produce and yet still having difficulty meeting demand for their cars.

This resulted in Tesla building their own battery factory, putting supply more into their own hands. Tesla first announced the concept in 2013, expecting that battery supply would be an issue in the future. They were right, and this was crucial to their current success.

Other companies have followed suit, but far too late. Most other automakers are only just building their own battery factories now, while the gigafactory has been up and running (at a fraction of planned capacity) for years now. It’s no wonder, then, that Tesla outsells everyone else… combined. Now that other companies are on the right track and building their own factories, they will hopefully be able to catch up, but it will likely take a few years of “oops, not enough batteries” before we get to that point.

In the end, the blame here lies with manufacturers, not consumers. Despite the constant efforts to claim that consumers just don’t want EVs, it’s actually due to manufacturers’ lack of availability and serious effort.

Electrek has been saying for years: Make serious, non-compliance electric cars, secure the supply chain, put them on the dealer lots where consumers can see them, allow people to drive and enjoy them, and we promise there will be plenty of demand and sales.

It sounds like we’re asking a lot, but until very recently, manufacturers have largely claimed that demand is the one hurdle truly holding them back from making EVs. Even now, it’s questionable whether the changes they’re finally making are a result of their own good sense or merely because European and Chinese emissions standards are getting much stricter year by year and car companies will need a lot of EVs to meet them.

But are automakers still underestimating future demand? EV advocates have been shouting from the rooftops for years that demand is there and just needs to be tapped, and automakers have been sluggish to respond. If they had listened, they would be in a better position now. They’re finally listening, but are they listening enough? Time will tell.