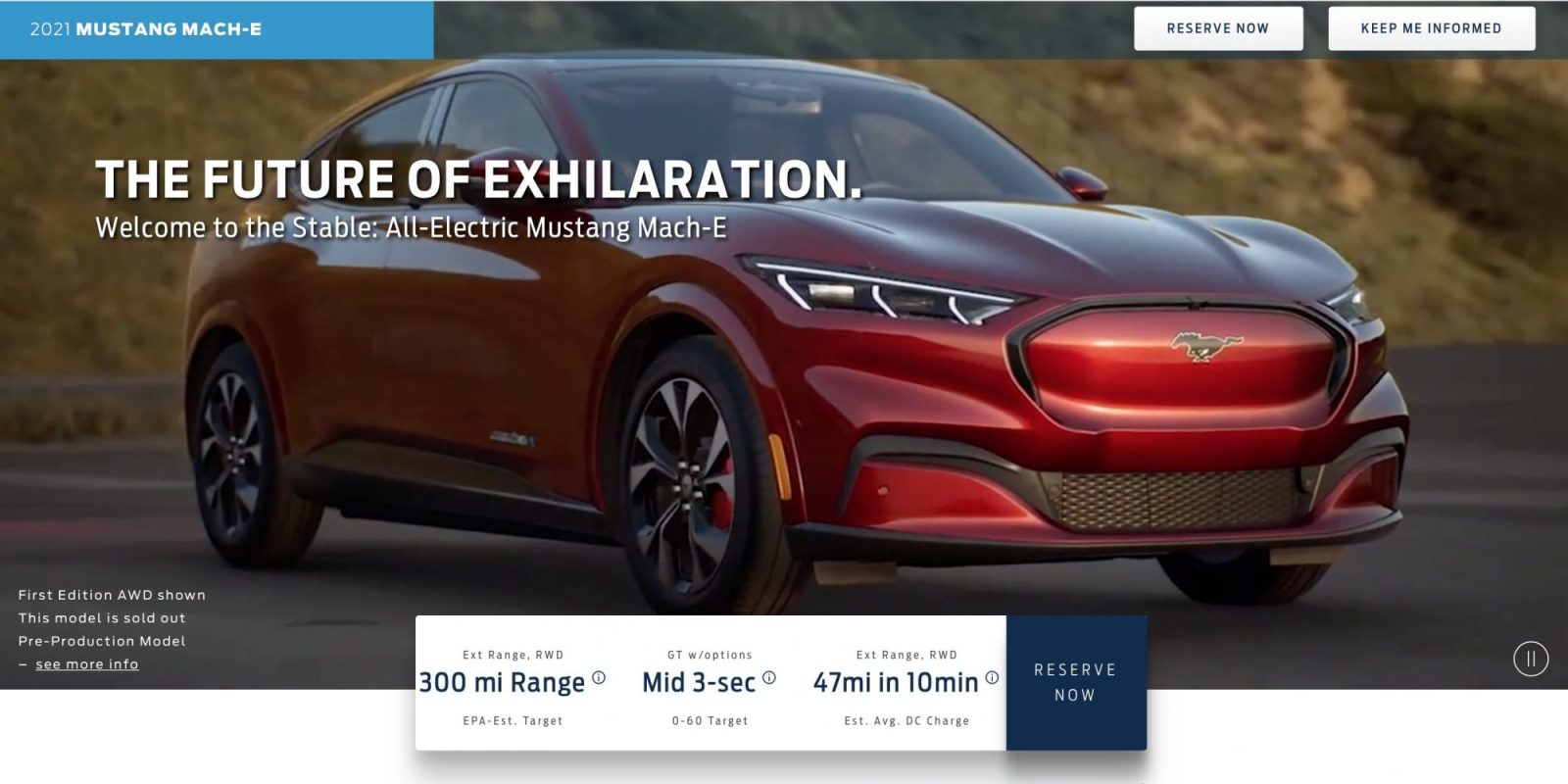 The Mach E comes in five option trims, two of which will be available in late 2020, and the rest in early 2021. The “First Edition” was a special early version of the car for customers who wanted to get it first, before anyone else.

Ford was taking $500 reservations separately for each option level. The limited amount of First Edition cars is no longer available on their Mach E website. The four other option levels — Premium, Select, California Route 1, and GT — are all still available.

The company hasn’t shared reservation numbers for any other trim level. Nor for the First Edition, for that matter, as we don’t know how many Ford plans to produce. All we know is that whatever that number, it’s sold out already.

We do expect first-year production across all trim levels to number around 50,000 Mustang Mach E units globally. Ford says this is due to battery constraints.

We’ve heard similar updates about another electric car revealed last week. Tesla announced that they’ve taken 250,000 Cybertruck pre-orders in an even shorter timeframe since reveal, though their reservations are only $100, as opposed to Ford’s $500 reservation fee.