Toyota held a behind-the-scenes roundtable discussion with about a half-dozen journalists last week at the LA Auto Show. We were in the room. The session gave us a chance to ask Toyota about its views on EVs and its decision to fight against California’s clean air rules. Jack Hollis, group vice-president and general manager of Toyota North America, laid it on the line: “We are continuously working on EV entries,” he said. “But right now, there’s no demand.”

Outside the door of the conference room, the entire auto industry is making the shift to battery-electric vehicles. But Hollis and his colleagues were pushing for more hydrogen infrastructure and pointing to Toyota’s success with hybrids. The tone-deaf responses to our questions (and from one other journalist willing to ask tough questions) were shocking.

Earlier in the day, Toyota unveiled the 2021 Toyota RAV4 Prime and the 2021 Toyota Mirai fuel-cell, the company’s signature zero-emissions vehicle (shown above). Hollis was thrilled by the response to the Mirai’s sportier design. “The new Mirai is a hell of a car,” he said. “I think we’re going have a lot of people ask us, can’t you just bring it out with a gas engine?” Wow.

To provide the clearest statement of Toyota’s stance on EVs, we offer an excerpted transcript from the discussion. It was edited for clarity. We hope it’s only the beginning of our discussions with Toyota.

One more note: The “one national standard” argument for opposing California emissions is, to put it bluntly, bogus. Toyota could easily negotiate with California, rather than litigate against the state, to achieve a single standard. That’s what BMW, Ford, Honda, and Volkswagen did. 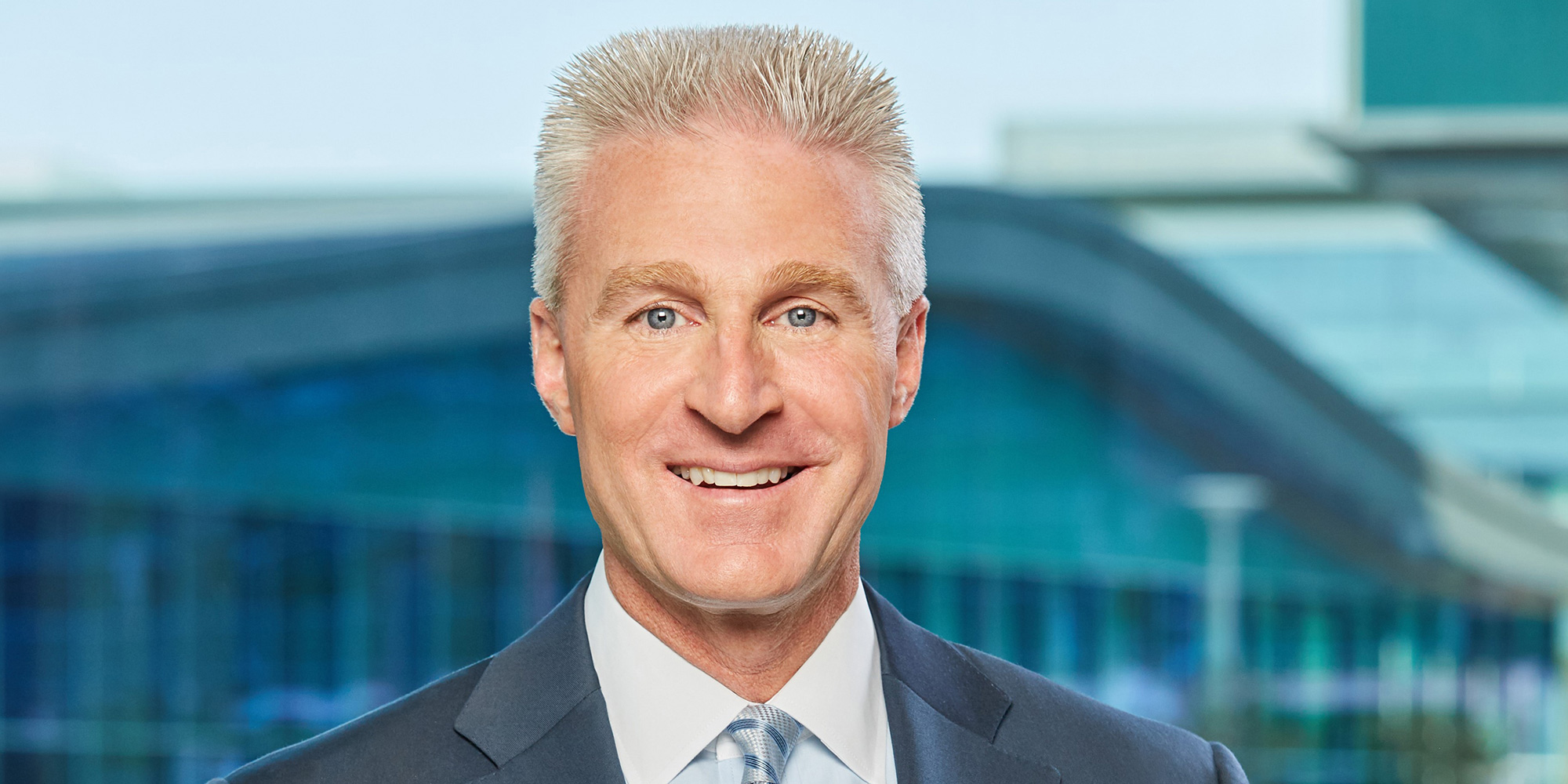 Electrek: What are Toyota’s plans for pure EVs?

Jack Hollis: Our strategy today is efficiency. Our gasoline engines have been second to none. Regarding EVs, fuel cell, plugin, and hybrid, we started investing in all four of those powertrains at about the same time. We just rolled out hybrid first. We could see where it was going because of the pressure on fuel prices.

We have that same mentality as we expand with plugins and fuel cells that use electricity but with onboard charging. And then you go further to the EV. All of these are part of the plan, but doing them in order of the consumer demand. And when you look at it, the demand for electric is less than it is on hybrid. We are continuously working on EV entries. But right now, there is no demand for that.

Why did Toyota decide to join the lawsuit fighting against California’s ability to determine its fuel standards?

By meeting California’s standards, wouldn’t it be more in line with standards in Europe and the rest of the world?

We continue to meet and exceed everyone’s expectations for regulations and will continue to do the same. Our company chose to vote for one national standard. If you have multiple standards, what keeps us from having 50 different standards? Where does this go?

Toyota is successful because we’re not only complying, but we’re giving the customer what they want and will continue to do so.

Everybody wants to make this a political issue. But we look at it as a business issue. What’s the best business? Do we try to make what’s the best decision for the end consumer? We’re trying to maintain affordability and improve the environment.

Are you aware that many of your hybrid buyers are boycotting Toyota because of your decision?

I respect what you’re saying. But there’s always boycotts of every company for every reason. There’s a lawsuit between GM and FCA, and then you have UAW people resigning. There’s always some issue where people want to use it as political or as a moral issue.

Or an environmental concern?

The proof is in the pudding of what the company has always stood for, being the leader in hybrids and saving CO2 emissions.

“Toyota believes that we need to be able to go step by step ­– gasoline to hybrid to plugin to fuel cells and electric.”

In LA, we’ve seen remarkable news about the electrification of the Mustang, and Volkswagen boldly going into pure electrification. Why does Toyota see things so differently?

Great question. First of all, I don’t think Volkswagen had much choice. They’re coming out of a situation they had to choose, so they went full electric. We can argue if the demand is there. I don’t think there’s any proof in the marketplace that there’s a demand for EVs. Every company has to make that decision.

I’m glad Ford is going for it. Now they’re putting the Mustang name on that. Why do you think they’re doing that? They’re taking their most iconic and most performance-based vehicle and placing the electric into that because maybe they’re questioning demand. They’re using the Mustang’s name recognition to help them. We’ll see how that goes.

Ford is abandoning sedans and putting those resources towards electric vehicles. Volkswagen decided to go all in to electric and abandon internal combustion and other powertrains. Other companies are doing the same. I happen to be with Toyota, so I believe it’s the right choice to invest in all powertrains.

Your point is to move where there’s demand. I’m not seeing consumer demand for fuel cells, but you’re fully behind that. There’s more demand for pure electric cars.

How do you know there’s more demand for electric than fuel cells? It’s like hybrid when we started. There was the logic behind what a customer needs and how customers use vehicles. Would a person rather have to charge for three hours or fuel the vehicle in five minutes?

At this point, with 150-kilowatt charging and higher, we’re getting close to highway fueling times that match gas cars – more like 15 to 20 minutes rather than five minutes. [He responded before I could add a point about the ease of home charging, the common way to refuel daily.]

That could be true, but I haven’t seen that. I haven’t seen research or that proven out yet. The use of batteries seems to be an area that the industry is looking into before the customer is ready. Toyota believes that we need to be able to go step by step ­– gasoline to hybrid to plugin to fuel cells and electric.

Will electric be the last one to roll out from Toyota?

“It doesn’t look like anyone’s making money on electric vehicles.”

That’s correct. Not yet.

Are you suggesting that Toyota might introduce an EV at some point soon?

Are you aware that there will be 100 pure EV nameplates in the market in the next five years?

I know it. It could end up being awesome, or everybody can be fighting over a 2% market share. Look at all the competitors out there. I don’t know their financials, but it doesn’t look like anyone’s making money on electric vehicles. There’s an element of demand based on mandates. Look at Norway. I don’t think the US free economy is ever going to be that way. I think the US free economy is going to always continue to be a very much consumer-driven demand.

So at some point, if it ever happens, you’ll be ready to switch to battery-electric vehicles?

When I see what the capabilities the technology, be it BEV or fuel cell, I get excited because I think the consumer will end up winning. But later. It’s just not this second.

I am a passionate believer in Toyota’s ability to solve problems. If the problem that we need to solve is the demand for electric vehicles, we will be there.

Toyota’s lack of adoption of EVs is disappointing, to say the least. After all, Toyota was considered the good-guy, green automaker for so many years with its Prius. Now the company is attacking EV charging in ads, fighting clean-air standards, and just won’t let go of hydrogen despite the massive rise of battery-electric vehicles.

In the meantime, Toyota is slinging a worsening fleet of combustion vehicles. It’s so discouraging.

What’s worse is the lack of awareness of improvements in EV technology and infrastructure. Hey Jack, let’s take a ride in an Audi e-tron or Tesla to experience 150-kW-plus charging. It will be an eye-opener. Or just start driving an EV so you can see how 95% of charging takes place at home. I’ve been driving an EV for 10 years. It takes 10 seconds to plug in at night and I wake up in the morning with a full battery. The energy, most of which comes from my solar panels, costs the equivalent of about a dollar a gallon. How’s that for customer value?

The real problem in the marketplace is consumer education, which Toyota is actively discouraging. But that problem is rapidly being solved as more EVs enter the marketplace. Almost everyone I know either has a friend or relative who is having a great experience with an EV today.

Toyota might reap some short-term benefits by not producing EVs. But the long-term negative effects on the #ToyotaTrump brand, product lines, and sales will continue to mount.