Ford is getting ready to unveil its “Mustang-inspired” Tesla Model Y competitor on November 17, and so far, the only official media we have on the electric SUV is a silhouette.  But a fan forum has produced a render of the upcoming car, rumored to be named the Mach E, based on leaked CAD drawings, which shows a possible form that it might take.

Before we got the silhouette, we also saw a short video of a camouflaged mule doing winter testing in Michigan. In that video, the car looked rather boxy and perhaps a little uninspiring. But it was a test mule, and the camouflage is designed to throw you off, so we can’t really make much of that one video. 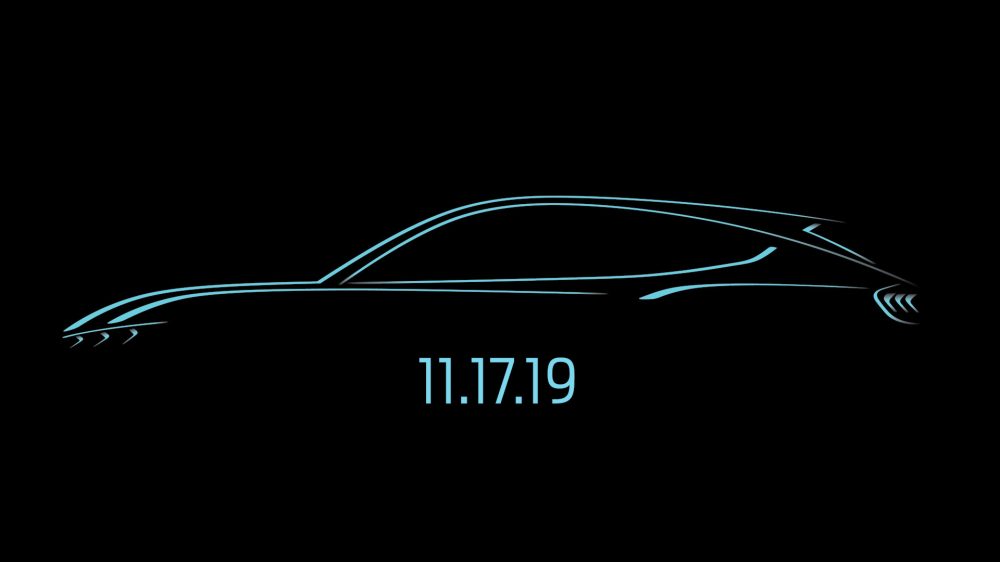 After this silhouette was released by Ford, an instagram account called “allcarnews” purported to have gained access to leaked CAD images showing the electric SUV’s body shape.  From these images, they produced a few renders showing the possible design of the car (click right arrow a few times to get to the CAD images):

As for specs, the Mach E electric SUV is expected be available with around 300 miles of range and a performance-oriented design and powertrain.  Ford says the car will “go like hell,” a reference to a slogan they used during their racing campaign to beat Ferrari in the 1960s.

The rest of the specs in the embedded Instagram post above are otherwise all speculation. They aren’t outside of the realm of possibility, but none have been confirmed.

What we do know is that Ford is positioning the electric SUV as a Tesla Model Y competitor, because immediately after Tesla’s Model Y reveal, Ford tweeted out a teaser about the car.  That included a design sketch from the rear, looking very Mustang-like: 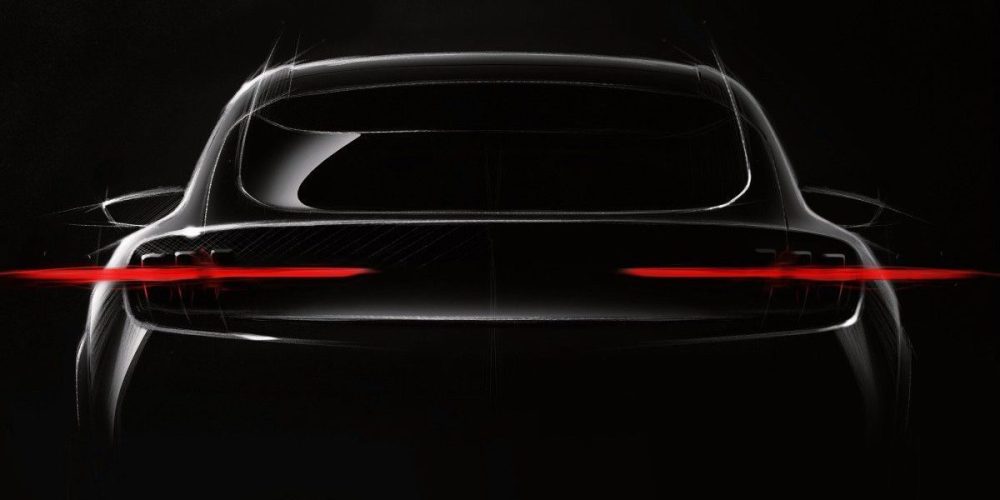 And now, the burgeoning fan forum “Mach E Forum” has produced their own renders based on the available information, showing their take on what the design might look like.  Here they are, in three colors:

Ford’s normal Mustang is available in lots of colors, ranging from your standard white, black, and silver to more sportscar-like red, green, and bright yellow-orange. No word yet on which colors the Mach E will be available in, but we’re hoping some of those sportscar colors make the cut.

One piece of information Mach E forums used in their design was an ad Ford released a year ago touting their future vehicles. The ad included a shot of what, at the time, seemed to be a possible upcoming Mustang hybrid, but now we suspect it may have been the Mach E (screenshot enhanced to show more of car’s form): 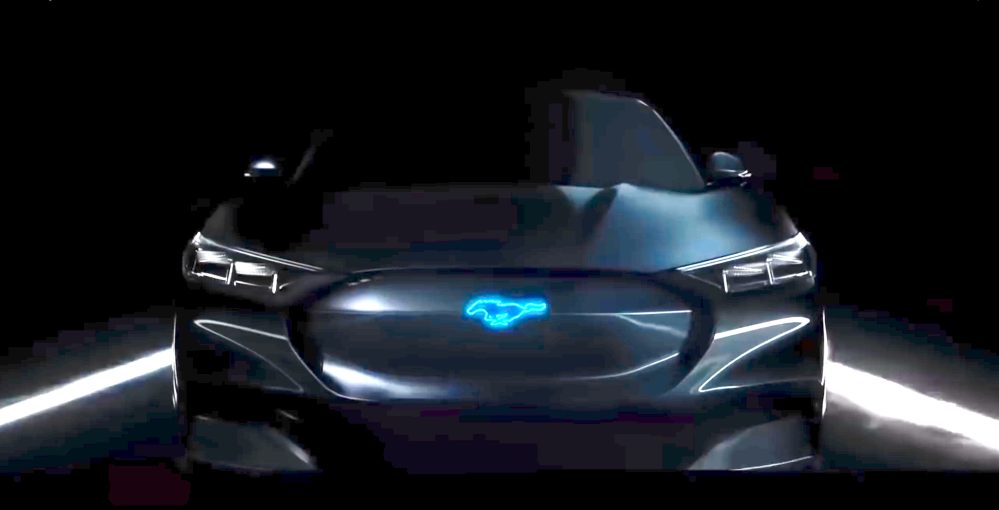 While none of this is a complete design reveal, with all this information, we’re getting pretty close to seeing what this electric SUV looks like.

In the EV space, Ford currently sells many “energi” low-range plug-in hybrids, and a has sold a retrofit Focus EV, so they don’t have much to show in the EV department so far. Despite that, Ford seems to be taking electric cars more and more seriously lately.

They’ve also moved some combustion engine investment into electric cars, though their investments are still majority-combustion.  So they’re not quite “all-in” yet, at least not as far as, say, Daimler, who recently announced that they would stop developing internal combustion entirely.

In another display of their seriousness about increasing their green car cred, Ford agreed with California (along with BMW, Honda, and VW) earlier this year to voluntarily meet higher emissions standards in the face of federal efficiency rollbacks.  Much of the rest of the industry, including GM, FCA, and Toyota, recently came down on the side of more pollution.

Obviously we haven’t seen the actual design yet, and will have to wait a few weeks for an unveiling. But between all these renders and hints we’ve seen, it seems like we’re getting a good picture of how the car will look.

And from what we’ve seen, Ford’s electric SUV could look great. And Ford’s recent overtures towards taking electric cars seriously are very welcome.

Beyond that, the Mach E is honestly one of the most exciting upcoming cars in our opinion. Ford has a classic, iconic car design in the Mustang, and lending that design to their first serious entrant into the electric car space makes a big statement.

The Mustang is synonymous with American Muscle. While Tesla has done a lot for the perception of EVs as performance-oriented cars, having one of the iconic car brands on board the electric train going full steam ahead is going to be huge.