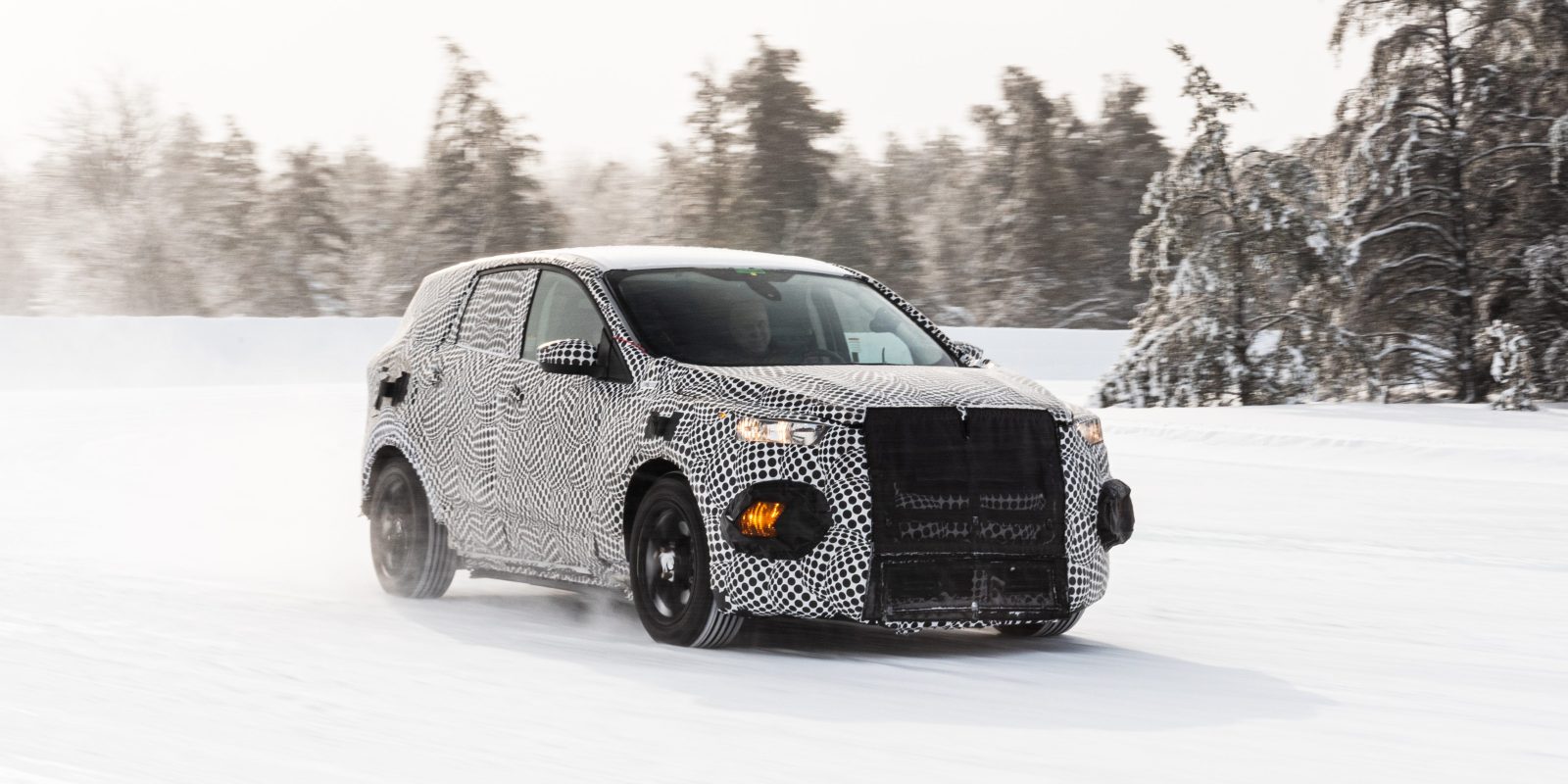 Ford has released the first pictures of the prototype for its upcoming first car built to be electric from the ground up: It’s inspired by the Mustang.

Last year, Ford said that it was going “all-in” on EVs following the ousting of CEO Mark Fields and appointment of Jim Hackett.

Hackett formed a new internal team, called “Team Edison,” to oversee electric car programs. He also shifted one-third of internal combustion engine investments to electric cars, but the company is still investing more in the former than the latter.

They have been teasing the vehicle ever since, and today, they released a bunch of images of prototypes of the electric crossover going through winter testing:

The pictures were released as part of a new effort from Ford to debunk “EV myths,” including that electric vehicles are not good in cold weather:

At Ford, we’ve gone to great lengths to test our electric vehicles in extreme conditions. And while it is true that you can anticipate a partial reduction in range in extreme conditions, it is not something that is going to sneak up on you. After all, do you ever notice how you can’t travel as far on a tank of gas in the winter — or in the summer if you’re blasting the air conditioning?

Ford also released a video of the winter testing for its prototype:

Obviously, the vehicle is heavily camouflaged and we can’t see many design features.

Not much is known about the vehicle at this point, other than it will be a crossover inspired by the Mustang with a targeted range of 300 miles.

Ford has been positioning the vehicle as a “Tesla Model Y competitor.”

When Tesla launched the Model Y, Ford tweeted about their upcoming electric crossover in response.

Ford president of global operations Joe Hinrichs said that the electric vehicle will be in showrooms around the same time as Tesla’s Model Y:

The company is moving quickly toward producing what it previously described as a ‘Mustang-inspired’ all-electric SUV that will be in showrooms next year, about the same time Tesla begins to deliver the first Model Y battery SUV.

The electric vehicle is expected to arrive in showrooms in the fall of 2020.