Ford to debut ‘Mustang-inspired’ SUV to compete with Tesla Model Y on Nov 17, here’s a peek 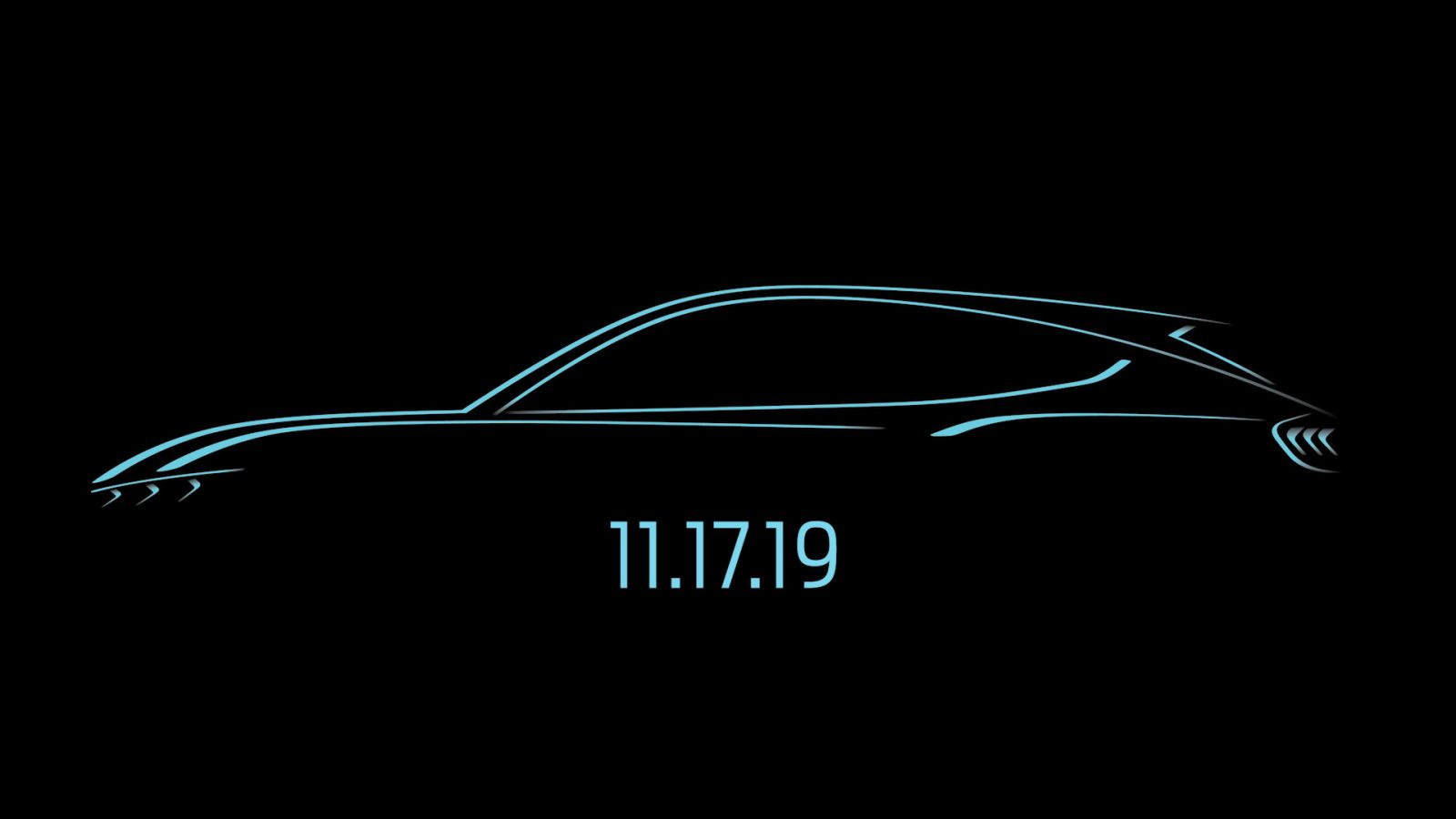 Ford has revealed a silhouette and launch date for their upcoming “Mustang-inspired” electric crossover SUV.  The car will be revealed on November 17th, just a few days before the start of the LA Auto Show.  It’s positioned as a Tesla Model Y competitor, with 300 miles of range and a performance-oriented design.

Ford has been sounding more and more serious about EVs as it gears up for the launch of the SUV.  While Ford has sold the Focus EV, a lower-range vehicle that started as a compliance car with sales in only some US states, it’s a retrofit and wasn’t designed from the ground up to be electric.  The electric SUV will be their first car designed to be electric from the beginning of the design process.

They’ve also moved some combustion engine investment into electric cars, though their investments are still majority-combustion.  So they’re not quite “all-in” yet, at least not as far as, say, Daimler, who recently announced that they would stop developing internal combustion entirely.

So far, we’ve seen a few teases of the new Ford electric SUV’s design, but nothing finalized.  Last month we saw a camouflaged version of the car doing winter testing, though that was a testing prototype and design elements were obscured.

The Nov 17th reveal will show us exactly what the production version of the car will look like.  And Ford’s teaser today definitely does show some “Mustang inspiration” in its design:

It’s strange to think of a Mustang, one of the most classic designs in the automotive industry, being turned into a crossover SUV.  But the silhouette is pretty similar to a Mustang until you get to the rear end, which is obviously higher due to the crossover form factor.

And it looks much lower and sleeker than the tall, boxy look of the car in the winter testing pics/video.  But perhaps that’s just an artifact of the camouflage, and of the silhouette released today only showing the top half of the design anyway.

We don’t know much about the vehicle yet except that it’s planned to have somewhere around 300 miles of range.  It’s meant to be a Tesla Model Y competitor, as Ford tweeted about after the Model Y reveal.

So we can hope for similar pricing to the Model Y, and hopefully similar performance.  If it’s “Mustang-inspired,” anyway, hopefully it will be quite fun to drive.  For their part, Ford says that the new SUV will “go like hell,” a reference to a famous event in Ford’s history when they beat Ferrari at Le Mans in 1967.

The Ford SUV is also planned to hit stores in late 2020, around the same time as the Model Y.

The LA Auto Show has become a popular place for automakers to showcase their EVs since California is the largest EV market in the US by far.  Last year, Rivian stole the show and coincidentally their booth was right across the way from Ford’s.  Ford must have wondered why there were so many crowds at the booth for the small startup, while their booth full of F-150s was comparatively empty.  Then they eventually invested $500 million into Rivian.

So LA would be an appropriate place for a Ford electric SUV unveiling.  It’s a little strange that they’re holding the event a few days before the show, but we hope to see a prototype there and ask some questions of the executives.  Stay tuned for more coverage on this car, we’re quite excited about it.