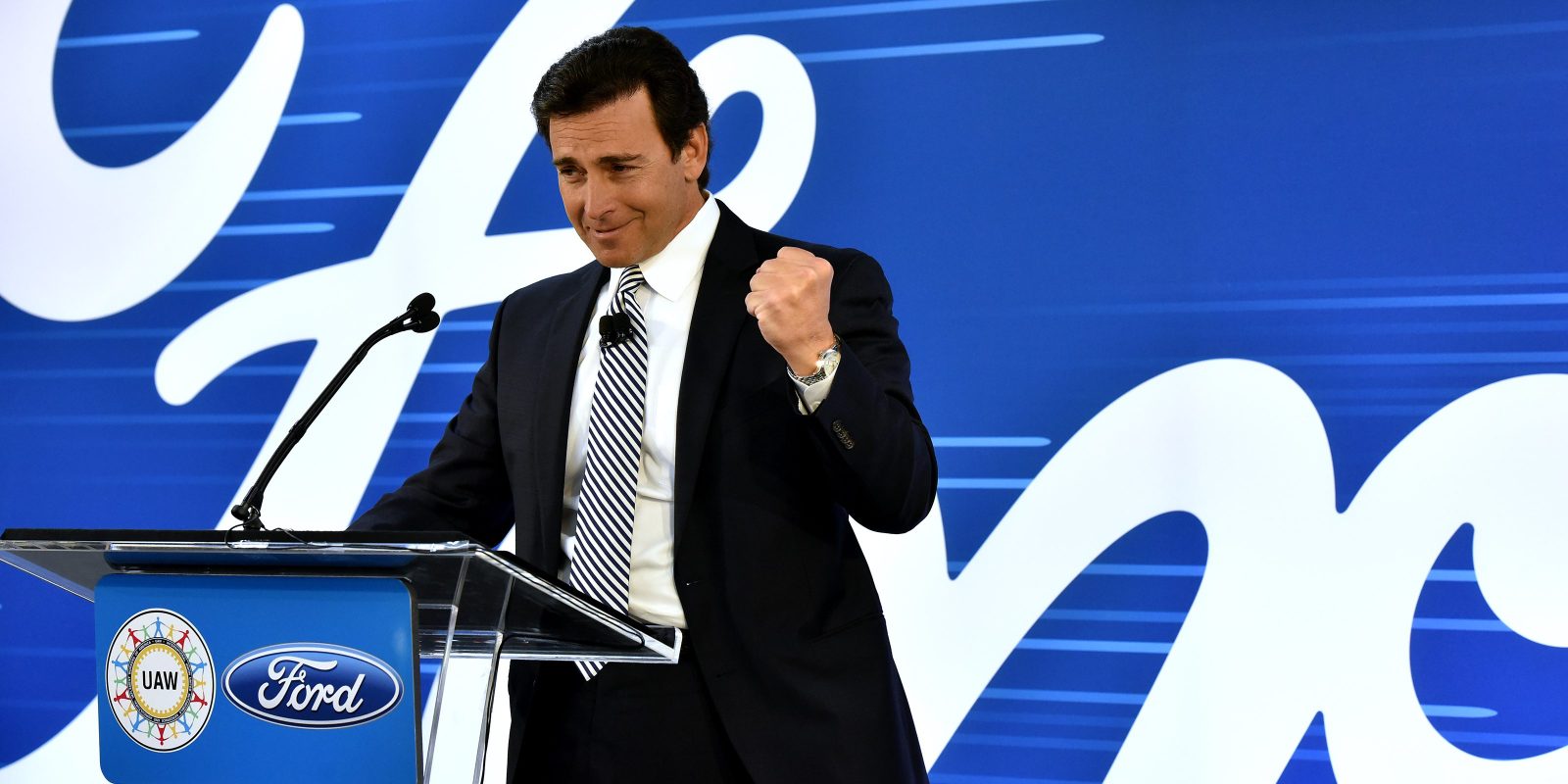 Ford had a massive leadership shakeup today that saw CEO and longtime executive Mark Field ousted and replaced by Jim Hackett, the head of the automaker’s ‘Smart Mobility’ division.

The company also appointed a new executive in charge of “strategy and business model development for electrified vehicles and autonomous vehicles.”

In a press release, Ford gave some bullet points on the leadership changes:

In his new role as executive vice president and president of Global Markets, Jim Farley will be the executive in charge of Ford’s electric vehicle plans.

Farley is coming from a marketing background. He worked at Toyota for almost two decades before joining Ford in 2007.

We recently reported on Ford’s electric vehicle plans being in need of a shakeup. They still don’t have an all-electric vehicle built from the ground up to be electric and the first one, a CUV with 300 miles of range, is not planned until 2020. The company has instead been focusing on hybrid and plug-in hybrid powertrains.

It is still too early to say if the leadership change will lead to accelerated plans when it comes to EVs.

Morgan Stanley’s Adam Jonas was out this morning with 7 key high level thoughts: