Mazda’s first production EV is set to be unveiled at the Tokyo Motor Show on October 23.  In advance of that event, a photo has started to circulate on the internet that purports to show the vehicle in all its unveiled glory.

The photo seems to be taken from Japan Car Top magazine.  It labels the car as a “concept,” but the design is one we haven’t seen before and shows significant changes from prototypes that have been spotted testing.

Update: The MX-30 has been officially revealed, click through and take a look.

Previously we have seen a Mazda test mule with EV technology in a CX-style body. Mazda has said that the car would be positioned between a CX-3 and CX-5.

Contrasting with the test mule, the MX-30 photo shows a smaller front grille, as EVs usually have. It also features a “boxier” look than the test mule body, which is a little strange on an EV since they tend to be “curvier” for aerodynamic reasons.

Most curiously, the concept photo shows rear suicide doors, similar to the Mazda RX-8 or BMW i3. The full size test mule had four full-size doors, so this suggests that the MX-30 may be smaller than the test mule was.

It’s possible there are other reasons, perhaps if they needed to make room for batteries or charging equipment, but given that the test mule had four doors, this seems a little strange.

Mazda has released some other promotional material in advance of their launch. A few days ago, there was a short YouTube video showing the car’s silhouette:

We’ve also seen a photo of the car’s charging cable that shows a European “Type 2” connector.  Given that the car launch is happening in Tokyo, it’s a little strange not to see a CHAdeMO plug, as that connector is very popular in Japan.

This suggests that Mazda may go with CCS as their DC charging standard for the US launch, leaving Nissan once again as the holdout for CHAdeMO. 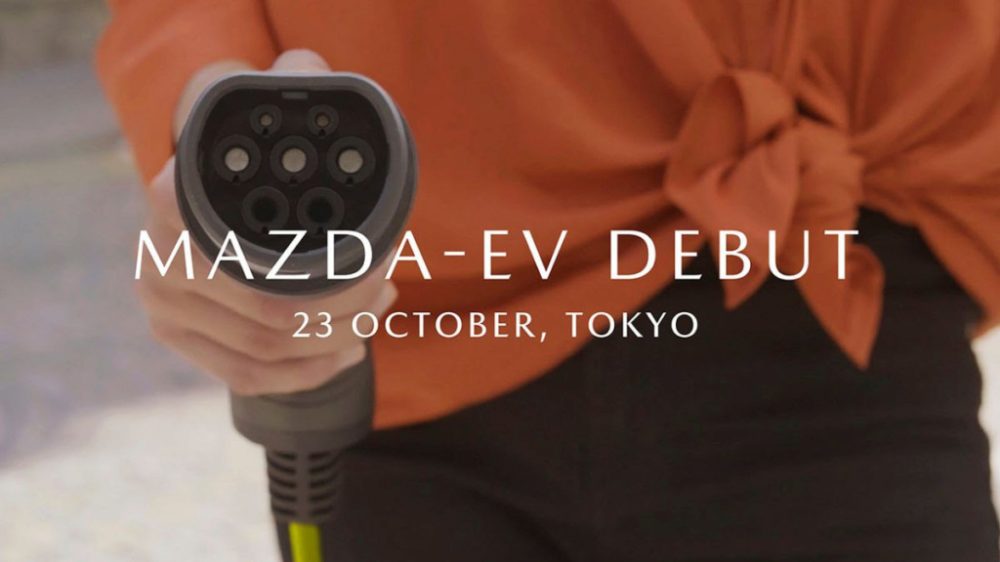 There is one photo of the interior available as well. The center console will include a traditional gear selection lever, rather than using a steering wheel stalk or, as is seen on some EVs, buttons for gear selection. 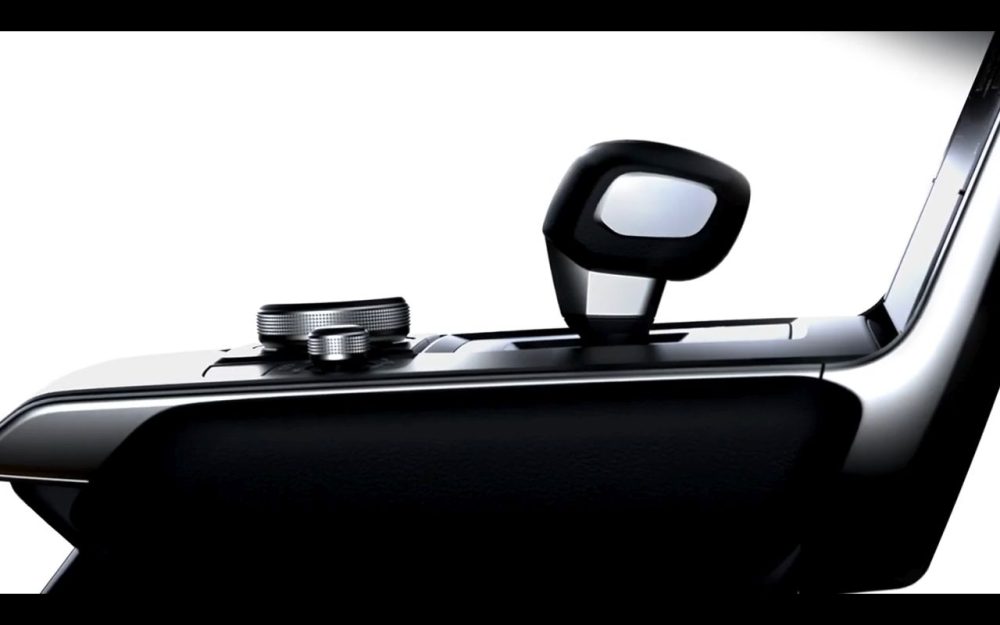 These numbers are on the low end of the current EV market. A base Nissan Leaf has 147 hp and a 40 kWh battery for 151 miles of range. Other “crossover-style” entries into the market, like the Chevy Bolt and Kia Niro/Hyundai Kona (and Nissan Leaf Plus), have even larger batteries and more power.

The specs will be more comparable to some of the small hatchbacks coming out soon, like the Honda E and Mini Cooper SE, which have similar battery/power specs.

The price is not yet known, but Mazda would be wise to price the car somewhere close to the ~$30,000 pre-incentive price of a base Nissan Leaf if it wants to be competitive. The car is expected to be available next year.

We’ll have more information after the unveiling, which happens tomorrow on Tokyo time.

Mazda has been slow to get on the EV train, including some boneheaded statements from executives in the past. But they seem to be finally coming around. They’re working with Toyota (another automaker that is pretty far behind) to develop more EV models. The MX-30 is made by Mazda itself, without utilizing the Toyota partnership.

As a smaller automaker they’ve often stated the difficulty of developing EV powertrains on their own with less resources than the majors. But another small automaker, Tesla, has been able to develop everything on their own and has created world-beating technology.

So this excuse does fall a little flat, especially since Mazda continues to develop their own unique powertrain technologies, both SKYACTIV and the rotary engine. They’ve even hinted at using a rotary engine in a future plug-in hybrid model.

But if this MX-30 is a serious entrant into the market, and will be made in serious numbers at a serious price, then we obviously welcome Mazda. Their reputation for making fun, small, sporty cars, and for bucking trends in the automotive industry, certainly matches well with EVs.